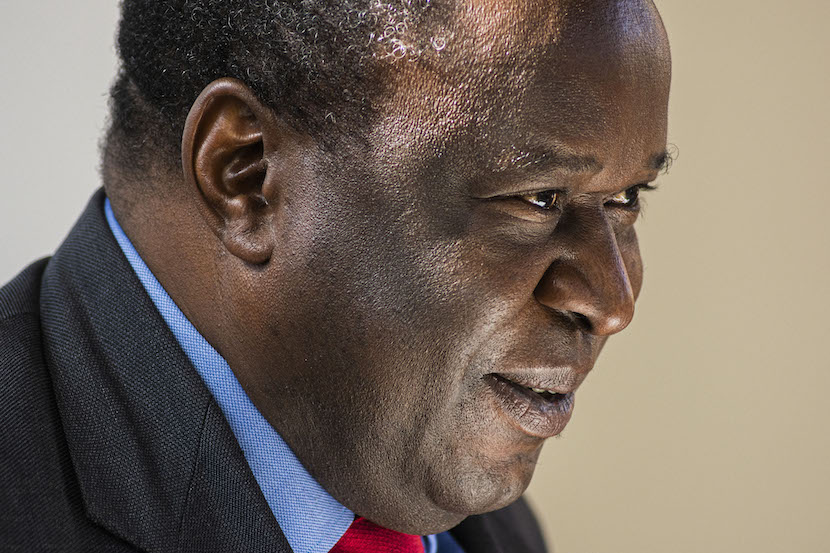 Eskom loadshedding and its implications for business has distracted South Africans from a turning point in the way the ANC is running the country. As political analyst JP Landman pointed out on his blog this month, while many people had their feet up over the festive season, President Cyril Ramaphosa and his team had their sleeves rolled up and were working on fixing SA. “The Eskom saga has now spun so out of control that rational discussion is almost impossible,” observed Landman, before moving on to point out key developments missed by the mainstream media over the December silly season. These strides forward include the following:

Finance Minister Tito Mboweni has added to this list of steps the government has taken to boost growth by highlighting, this week, how South Africa has improved as an investment destination. He told business leaders at a pre-Davos breakfast that this is a message he will be sharing with global leaders, in Switzerland. – Jackie Cameron

Thank you for making the time to meet with us today to collectively prepare for Davos. The theme for this year’s meeting of Stakeholders for a Cohesive and Sustainable World is quite timely, if we consider the complex transnational challenges we are facing globally. They include climate change, migration, increased geo-political tension and cybercrime.

The regional and global context

The good news is that the global economy is geared for a recovery this year.

In its January 2020 Global Economic Prospects report, the World Bank projects global growth to recover by up to 2.5%, driven by investment and trade, up from the 2.4% reached in 2019. Growth in emerging markets and developing economies is expected to increase to 4.1% in 2020.

However, the World Bank notes that this rebound is not broad based but is driven by improved growth in a small group of large emerging markets and developing economies, some of which are emerging from a period of substantial weakness. A deceleration is also expected in some of these economies due to weaker-than-expected exports and investment.

In sub-Saharan Africa specifically, the Bank’s forecast of 2.9% is weaker than previously expected, reflecting softer demand from key trading partners and lower commodity prices, among others. These markets are not the only ones that will experience challenges.

Prospects for 2020 will then be markedly mixed, despite the overall global growth. This will have implications for our economy.

Various institutions have projected a worsened growth outlook for 2020 and beyond, for us as a country. In this respect, there are three critical turnaround developments that must take place, namely: Government’s reform agenda must gather momentum, policy certainty needs to be secured, and investment needs to recover at a fast pace.

Many of you have been participating in WEF for many years now, and am sure you will agree that these three issues are ones that all investors in our country are interested in.

So, let me address them.

Government remains committed to policy reform and to providing policy certainty, particularly on the areas relevant to a conducive business environment, that is energy, land and telecommunications.

We have made progress on the three areas since Davos 2019.

As you are aware, the new Mining Charter has now been in force since March 2019.

The Parliamentary Committee on Land Expropriation will receive written public comments on the draft Bill until 31 January 2020. The outcomes of their analysis and processes will inform the way forward. As reiterated by President Ramaphosa, the reform will be pursued in line with the Constitution and in a manner that will not negatively impact on food security. The telecoms sector offers significant investment opportunities and the finalisation of the licensing process is underway. We expect an announcement to follow the close of the comments period on the Information Memorandum released during November 2019.

We expect these reforms to alleviate any policy concerns on these areas among all investors, including South Africans.

We strongly believe that short- and medium-term reforms remain urgently required to improve economic performance over the next several years.

The discussion document released by the National Treasury in August 2019, entitled, Economic Transformation, Inclusive Growth, and Competitiveness: Towards an Economic Strategy for South Africa, put forward an approach to restore growth momentum. Interventions are underway on some of the proposals, including curbing wasteful expenditure. Version 2 of the document was published in 2019.

We do not have a choice but to remain steadfast in implementing operational and governance reforms in all the SOEs. The pressures and risks that SOEs, particularly Eskom, pose to the South African economy, cannot be overstated.

We will continue to provide medium term support to Eskom to secure energy supply and to honour the state’s contractual obligations.

We remain committed to the separation of Eskom into three functions (generation, transmission, distribution) in conjunction with necessary organisational reforms to achieve operational efficiency. The immediate priority has been to stabilise Eskom’s cash-flow management, while undertaking the separation. Government has made provisional support of R49bn available in 2019/20, R56bn in 2020/21 and R33bn in 2021/22.

National Treasury, in partnership with the Department of Public Enterprises, has instituted a series of measures to bring discipline to the utility’s finances, and to step up the timeline for restructuring.

We would like to believe that the reforms we have been implementing over the past year have had an impact on changing perceptions and attracting new investment into the country.

Three things make us believe so.

First, is the recognition by business of the gains made as reflected in South Africa’s improvement in the 2019 WEF Global Competitiveness Index. South Africa ranked 60th out of 141 countries on the Index for 2019, an improvement from 67th position (out of 140 countries) in 2018. This places the country ahead of emerging markets such as Turkey, India and Brazil, as well as in 2nd position within Africa, after Mauritius.

This is the highest the country has been ranked since 2008.

Second, is the rise in FDI flows into South Africa. FDI rose sharply in 2018 to R70.6bn, from R26.8bn in 2017. The positive momentum continued in the first semester of 2019, considering strong inflows valued at R38bn.

Third, is the success of the second South Africa Investment Conference, convened during November 2019. The Conference achieved investment pledges amounting to R363bn.

All of this tells us that South Africa remains attractive to investors.

Certainly, we can do better, as much more investment is needed if we are to achieve the targets we have set as the 6th Administration, and collectively as a country in addressing poverty and unemployment.

As Government, we need to move with urgency to implement the necessary reforms across the key sectors that include energy, water, transport and telecommunications, informed by 10 growth ‘ingredients’ that I highlighted during my 2019 October Medium Term Budget Policy Statement address.

Our work to revitalise the economy must then remain focused on reforms that can facilitate the following:

It is only through the implementation of the needed reforms that we can benefit from the advantages presented by our country, such as the young labour market, world class infrastructure and a sophisticated financial market.

Achieving an inclusive, job creating and sustainable economy will not be possible without the reforms.

I will expand on the status of the reforms when I present the Budget in February.

As members of Team South Africa, we look upon you to partner, support, invest and collaborate with Government to ensure that domestically, we are all stakeholders for an inclusive and sustainable economy.

I look forward to engaging with you, as our Ambassadors in Davos.