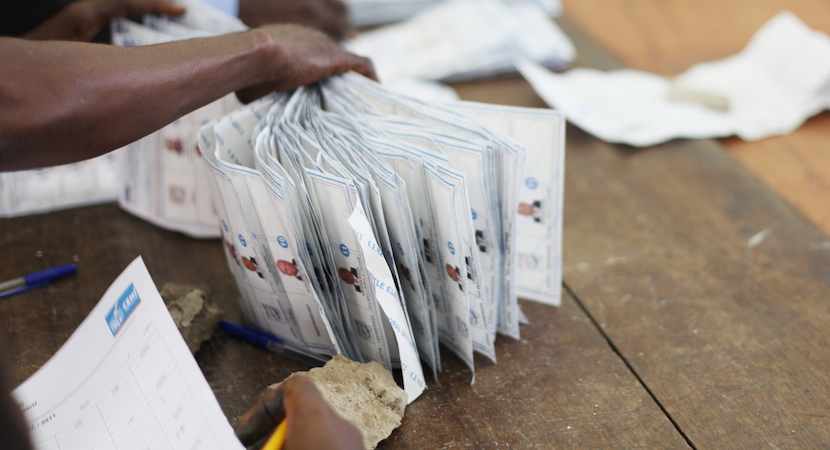 LONDON — It was hoped that the Democratic Republic of the Congo that has waited for democracy since 1960 would finally make the transition during the December 30 election. When the results came in, elation that the 18-year rule of Kabila had finally ended and an opposition candidate, Félix Tshisekedi had won, soon turned to dismay as the runner-up, Martin Fayulu, who was backed by the Catholic Church claimed the election has been rigged. Fayulu is appealing to the country’s constitutional court for a recount and SADC, fearing that the country will slide back into the violence that have cost the lives of so many  people, is supporting a recount and has also suggested the formation of a government of national unity. Pressure is also mounting from UN ambassadors and the European Union to release more information on the results. If  it does not succeed, the transition may turn out not to be much of a change and can lead to more bloodshed in this war-torn country. This is not what the citizens of the DRC have been hoping for. – Linda van Tilburg

Fayulu, who was the runner-up in the presidential contest, says official results showing rival opposition candidate Felix Tshisekedi won the Dec. 30 contest were rigged and has urged supporters to reject the outcome. An influential organisation representing Congo’s Catholic bishops has also said the electoral commission’s scores don’t reflect the findings of its nationwide observation mission.

“We are asking the court to demand that CENI do a recount of the votes,” Fayulu said at the Constitutional Court in the capital, Kinshasa, on Saturday, referring to the electoral commission. “CENI has fabricated the results.”

Fayulu said his legal team filed the complaint on Friday and his appearance today was simply to complete the process. A tweet by Fayulu earlier in the day stated he wants all three elections – presidential, national and provincial parliament – to be re-tallied.

If the court validates CENI’s provisional results, Congo will experience its first-ever transfer of power via the ballot box, bringing an end to Kabila’s 18-year rule. Tshisekedi’s success, obtaining 39% of the votes, confounded initial expectations that Kabila’s handpicked protege, Emmanuel Ramazani Shadary, would win. Fayulu was second with 35% while Shadary finished a distant third with 24%.

I thank #SADC for its request for a recount to proclaim the one who has truly and legally won. It would be dangerous not to support the democratic process in the #DRC. We call on all parties to take their responsibilities to restore the truth of polls.

Fayulu told supporters in Kinshasa on Friday that results collected by his coalition’s own compilation centre show he won 61% of the vote. A spokesman for Tshisekedi told Bloomberg that Fayulu is entitled to dispute the outcome, but their own internal score-keeping shows the correct man was proclaimed the winner of the election.

The National Episcopal Conference of the Congo has said that CENI’s results don’t correspond to the data collected by its 40,000-strong observation mission at polling and counting stations. While the Catholic body, known as CENCO, hasn’t publicly announced who it thinks won the election, its findings indicate Fayulu garnered the most votes, Western diplomats and government officials have said.

If Fayulu’s legal complaint is unsuccessful and Tshisekedi is sworn in as Congo’s next president, his scope for independent action will be severely constrained. Officials in Kabila’s ruling coalition said they have taken a comfortable majority in the 500-member National Assembly, despite the poor performance of their presidential nominee.

The Common Front for Congo, or FCC, won more than 350 seats, Adam Chalwe, a national secretary for Kabila’s political party – the largest within the group – said by phone from Kinshasa on Saturday, while Communications Minister Lambert Mende put the figure at 300-350 elected lawmakers. In addition to the FCC retaining control over which laws get passed, the constitution obliges the president to choose a prime minister from the ranks of the parliamentary majority. The head of government is empowered to countersign presidential decrees nominating key personnel such as judges, senior military officers and state-owned company bosses.

The electoral commission announced the results of the parliamentary election in the early hours of Saturday but hasn’t yet published the list of successful candidates. Tshisekedi’s coalition won around 50 seats and Fayulu’s alliance secured about 80, Mende said.

Congo is heading for an “inevitable period of cohabitation” between the movements led by Tshisekedi and Kabila, Infrastructure Minister Thomas Luhaka, who is an FCC member, told Bloomberg in an interview on Friday.

Fayulu accuses Tshisekedi of having sealed a secret agreement with Kabila in order to obtain the presidency – a charge the president elect’s camp strongly denies.

Leaders of DRC “might want to consider” a government of national unity, according to South African foreign minister Lindiwe Sisulu at a press conference today. She says she is not “pushing” the idea, but she emphasizes that it worked in South Africa in the past.

CENI and the government have rebuked CENCO both disputing the accuracy of its claims and accusing the institution of overstepping its responsibilities in a manner which risks causing an uprising. “We now have a president elect,” CENI President Corneille Nangaa told the United Nation Security Council on Friday via video link from Kinshasa, saying the incoming administration “must be supported by the international community.”

CENCO President Marcel Utembi, the archbishop of Kisangani, called on the Security Council to ask the electoral commission to release the tally sheets from the individual polling stations “to take away doubts and pacify spirits.” UN ambassadors from the US, Germany, Belgium and UK, as well as a statement by the European Union, also encouraged CENI to release more information about its results. Representatives of South Africa, Russia and China said CENI’s decision must be respected.

Making public local-level results to anyone other than the Constitutional Court would violate Congolese law, Nangaa said.