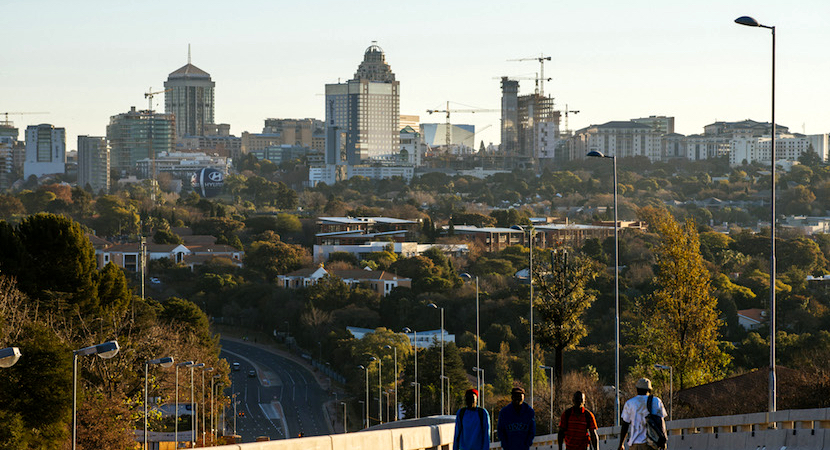 JOHANNESBURG — Sometimes with long news articles it’s not the details in the first paragraphs that grab attention, but the snippets that appear lower down. In this story below, one figure jumped out at me as something to be incredibly positive about South Africa (despite the recent Eishkom doom and gloom). According to figures from UNCTAD, foreign direct investment into South Africa jumped from $1.3bn in 2017 to $7.1bn in 2018. South Africa is also way ahead of its African peers when it comes to attracting FDI. To put it into perspective, sub-Saharan Africa’s fastest growing economy and a major magnet for FDI, Ethiopia, managed to attract $3.1bn. And despite Blackstone’s revelations, many investors are still bullish about Africa overall. – Gareth van Zyl

(Bloomberg) – The African investment roller-coaster shows just how hard it has been to make bets on the continent pay off.

After two years of declines, the region experienced growth in inflows of foreign direct investment last year, thanks to a revival of interest in South Africa and a more stable environment in Egypt.

Yet, foreign interest has been fickle, underscoring the difficulties for policy makers to attract investors for the long haul. New York-based Blackstone Group LP is scaling back in Africa after less than five years. Bob Diamond, the former Barclays Plc chief, is turning his attention elsewhere after six years of struggle to get his banking venture off the ground.

“Over-sized bets, misunderstandings about the scale and nature of customer demand in sub-Saharan African markets and too-high expectations have led to mistakes,” said William Attwell, the head of sub-Saharan Africa research at DuckerFrontier in London, an adviser to multinational firms. “The opportunistic approach is an inadequate approach.”

Africa and developing economies in Asia were the only regions to attract more FDI in 2018, according to United Nations Conference on Trade and Development estimates. With 54 countries spread over an area bigger than the U.S., China, India, parts of Europe and Japan combined, trends are never uniform. Nigeria, which vies with South Africa as the region’s biggest economy, has had FDI declines for three straight years, thanks to endemic corruption, unpredictable policies, lower oil prices, and deep-seated poverty.

Estimated inflows of $40 billion in 2018 are a fraction of the $1.19 trillion that moved globally, creating a gap for those willing to navigate challenges from regime changes and poor tax collection to foreign-exchange and skills shortages. Some flows to the continent may have been hampered by the collapse of Abraaj Group, once among the most influential emerging-market buyout firms. The Dubai-based company ran a near-$1 billion sub-Saharan Africa fund and investors are now seeking a new manager.

Washington-based Carlyle Group LP, which closed its $700m sub-Saharan fund in 2014, is still doing deals on the continent even after being scorched by a Nigerian bank purchase, recently investing $40m in online travel agency Wakanow.com Ltd. That’s a different approach to its New York-based rival, Blackstone, which blanked out Africa in slides showing its global footprint at a September presentation.

Paris-based Societe Generale SA, which has operations in 19 African countries, has ambitions to double its share of revenue from the region to 10 percent. Egyptian billionaire Naguib Sawiris told Bloomberg TV on Tuesday that he is “very bullish” about Africa, especially in consumer financing. He intends to push the management of his Sarwa Capital SAE unit to expand to provide loans to individuals and small-business owners on the rest of the continent.

Asked about the political risk in Africa, the Orascom Investment Holding SAE chairman said: “Right now, if you compare them with the European mess or the American situation, Africa is in pretty good shape.”

Renault SA is considering an assembly plant in Ghana, joining Volkswagen AG and China’s Sinotruk International. The country last year overtook Nigeria, an economy six times its size, as the largest recipient of FDI in West Africa. Mercedes-Benz AG will invest €600m ($676m) expanding its South African plant, while Dubai-based DP World Ltd. is still looking at the continent even after having its stake in a port in Djibouti nationalised.

South African President Cyril Ramaphosa, who is on a drive to secure $100bn in new investments to undo years of policy missteps and plundering under his predecessor, is finding that he doesn’t need to rely on traditional partners like the US or UK Saudi Arabia has pledged to invest $10bn in Africa’s most industrialised economy, and China $15bn. The country’s first deep-water discovery announced last week by French oil major Total SA may also lead to a rush of activity.

“African governments have a lot more choice and FDI partners are changing,” said Ronak Gopaldas, a director at Signal Risk. India and Japan are showing more interest in the continent and US investments led by the private sector aren’t tapering despite President Donald Trump’s “America First” push. “That’s creating opportunities and policymakers need to be strategic in who they partner.”

Progress toward the implementation of a free-trade accord and a greater emphasis on boosting Africa’s manufacturing industry will lead to an acceleration in FDI, UNCTAD said. South Africa took the chunk of FDI to sub-Saharan Africa in 2018, grabbing an estimated $7.1bn from $1.3bn the prior year.

Investments in Nigeria slid 36% to $2.2bn, although new oil and gas projects could lead to a recovery this year, UNCTAD said. Growth in Africa’s largest oil producer accelerated to 1.93% last year, the Abuja-based National Bureau of Statistics said Tuesday, from 0.8% in 2017 and a 2016 contraction. Ethiopia, despite a 24% fall in investment to $3.1bn, kept the top FDI spot in East Africa, it said.

While the outlook for 2019 is slightly more positive, driven by steady increases in consumer demand, government spending and investment, there are still risks if the global economy stalls, said Attwell of DuckerFrontier. Uneven growth also means companies need to stay focused, with the biggest opportunities to capture consumers concentrated among lower-income earners in countries with tepid inflation, he said, highlighting Kenya as receiving a lot of investor interest.

“We’re on an indelible march for Africa,” said Stephen Bailey-Smith, an investment strategist at Global Evolution Fonds AS, who has been tracking emerging markets for more than 30 years. “There is no shortage of interest in expanding on the continent.”