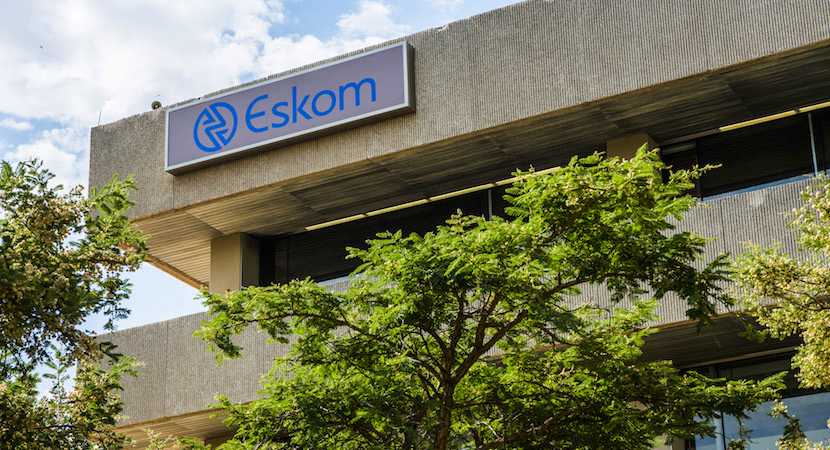 By Colleen Goko and Selcuk Gokoluk

(Bloomberg) – As speculation swirls about plans to deal with Eskom Holdings SOC Ltd.’s crippling debt load, one group of stakeholders hasn’t been consulted: owners of the company’s R243bn ($17bn) of bonds.

South Africa’s state-owned power utility is groaning under almost R500bn of bond and loan debt, according to data compiled by Bloomberg, and isn’t selling enough electricity to cover its operating and borrowing costs. While it’s already been given a three-year, R69bn bailout by the government, the company had to ask for emergency funding last month to remain solvent.

President Cyril Ramaphosa insists that Eskom is “too big to fail,” but with the nation’s finances stretched to the limit and its last investment-grade credit rating hanging by a thread, the government has limited scope to continue bailing the company out. Vague plans for operational restructuring have been announced, and the National Treasury said it can’t give details until Ramaphosa appoints a new cabinet, scheduled for next week.

Eskom is in “ongoing conversations” with lenders, its media desk said in a statement to Bloomberg.

“We haven’t had any interactions with the company outside of the Stock Exchange News Service statements and newspaper reports,” said Olga Constantatos, a credit analyst at Cape Town-based Futuregrowth Asset Management, which oversees R185bn including Eskom bonds. “There have been no details about what would happen to current funding and a restructure. But there are multiple decisions at multiple levels that need to be made. It’s getting quite urgent now, there’s too much debt.”

Eskom’s bond yields suggest investors are confident – for now – that the company will be able to meet repayments in the short term, with or without government help. Yields on dollar securities due 2021 have dropped 75 basis points to 5.74%, a 14-month low, since May 14, when Ramaphosa said that Eskom wouldn’t be allowed to go under.

While the Business Day newspaper reported on Monday that South Africa is considering the creation of a special-purpose vehicle to take over a large portion of Eskom’s debt, Finance Minister Tito Mboweni said he wasn’t aware of such a plan. The utility should first collect R17bn of debt arrears from municipalities, he said in an interview.

Other analysts have speculated that the government may swap some of Eskom’s debt for sovereign bonds, an option mooted by Chief Executive Officer Phakamani Hadebe in February. Moody’s Investors Service, the only rating company still to assess South Africa’s credit at investment grade, already counts Eskom’s government-guaranteed liabilities – about 70% of the bonds – as government debt.

All that is on hold until Ramaphosa’s new executive is in place.

“There is nothing official,” said Pavel Mamai, founding partner at London-based hedge fund Promeritum Investment Management LLP. “Nobody from the government or Eskom has contacted any of the investors. Nothing can be on the table before the new government forms, they have different priorities now.”

A debt swap would make sense, because the state pays lower rates than Eskom, said Mamai. The company’s credit rating at Moody’s is seven levels below the sovereign’s at B3. Speculation of a such a move sent government yields higher last week as investors fretted about the potential increase in borrowing.

So far, investors have given Ramaphosa – who is set to be sworn in on Wednesday for his first full five-year term as president – the benefit of the doubt. Unless he comes up with a credible plan soon to fix what Goldman Sachs Group Inc. has described as the single biggest threat to South Africa’s economy, that indulgence won’t last.

“Eskom is a big worry; they need to get Eskom right and quickly,” said Constantatos at Futuregrowth. “I would like to see some milestones. What can we expect and when. How do we know if they are being achieved. There’s a lot we don’t know. Eskom is of such importance, more frequent communication would be quite useful.”