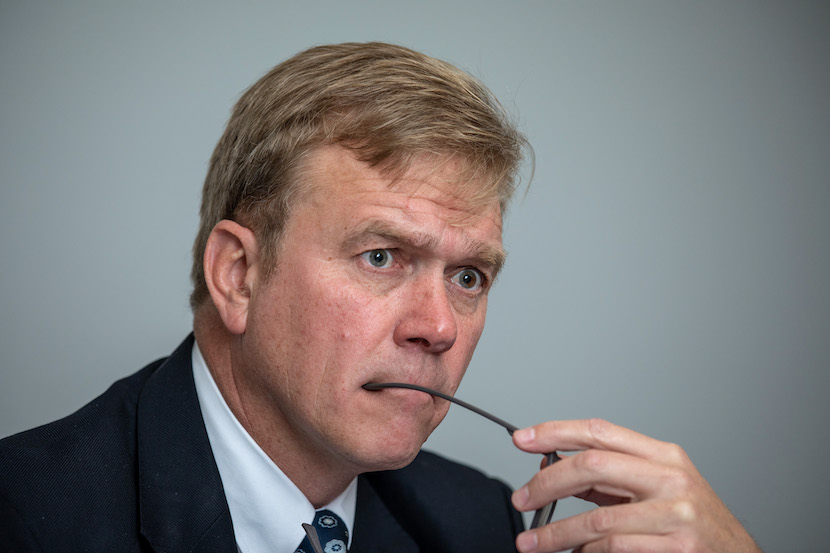 (Bloomberg) – Steinhoff International Holdings NV sees its future as a hands-off investment holding company and will consider further retail-asset disposals with that in mind.

Such a shift would allow better-performing parts of the group to grow while insulating them from legal battles and help bring down debt, Chief Executive Officer Louis du Preez said on Tuesday. The South African company directly operates units like Pepkor Europe, the owner of European chains such as Poundland.

“We’d rather have a 50% stake in a business with a tomorrow than to fully own a business that doesn’t have the funding for a turnaround,” the CEO, 50, said in an interview. “That’s why it’s an operational decision to become a holding company.”

Du Preez was speaking in Cape Town after updating investors on progress more than 20 months after Steinhoff reported irregularities in its accounts, leading to a 98% collapse in the share price. The company has since offloaded a number of assets to shore up the balance sheet, and has been tied up in protracted debt-restructuring talks that are set to be finalised in a matter of days after a series of delays.

Further disposals will be made with the holding-company structure in mind, said Du Preez, who became CEO in November after leading debt-restructuring talks as commercial director.

“Part of the deal with creditors is that there would be new boards with independent directors,” he said. “Steinhoff will have lesser influence.”

Reducing debt from the current levels of more than €9bn ($10bn) is an immediate priority, he said, as is ongoing litigation brought by parties that lost out from the share-price crash.

Steinhoff is considering an initial public offering of Pepkor Europe, its fastest-growing unit, people familiar with the matter said earlier this month. That could be a way to give that division more independence as well as to raise cash. “Pepkor Europe is well advanced in its refinancing process,” Steinhoff said in the presentation.

The shares gained as much as 17% in Frankfurt on the back of the update, before falling back to trade 0.5% higher as of 3:16pm local time.

Steinhoff has initiated litigation of its own, including against ex-CEO Markus Jooste, who quit the day the accounting crisis first erupted. A further case has been opened in Vienna against an entity called Top Global, Du Preez said, which Steinhoff says owes it about €300m.