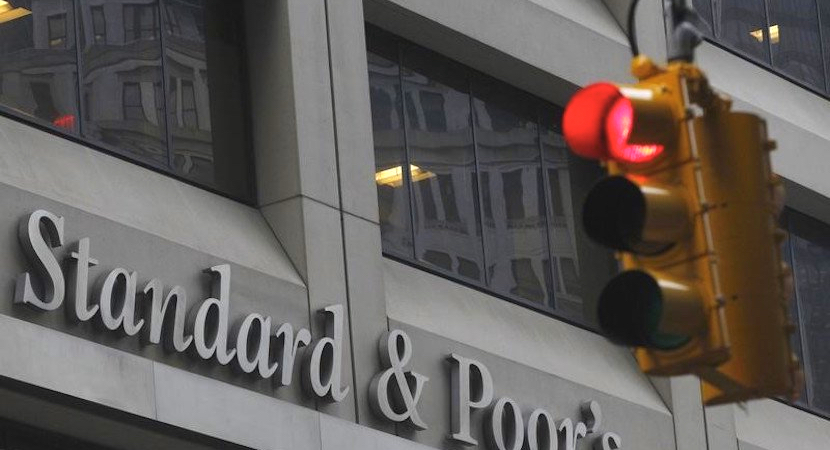 We also affirmed our ‘zaAAA/zaA-1+’ long- and short-term South Africa national scale ratings on the sovereign.

The negative outlook indicates that South Africa’s debt metrics are rapidly worsening as a result of the country’s low GDP growth and high fiscal deficits.

We could lower the ratings if we were to observe continued fiscal deterioration, for example, due to higher pressure on spending, rising interest costs, or the crystallisation of contingent liabilities related to state-owned enterprises (SOEs), especially Eskom. We could also lower the ratings if economic performance weakened further or if external funding pressures were to mount.

We could also consider lowering the ratings if the rule of law, property rights, or enforcement of contracts were to weaken significantly, undermining the investment and economic outlook. We currently view this as unlikely.

By Prinesha Naidoo and Justin Villamil

S&P left unchanged South Africa’s rating of BB, two steps below investment grade.“We could lower the ratings if we were to observe continued fiscal deterioration,” S&P said in a statement.South Africa’s finances are deteriorating due to billions of dollars in bailouts for unprofitable power producer Eskom. Gross government debt is set to surge to 80.9% of gross domestic product by fiscal 2028 unless urgent action is taken, the National Treasury said last month. The trajectory is almost 20 percentage points higher than forecast in the February budget and shows no sign of stabilising.

Sixteen of 22 economists surveyed by Bloomberg predicted the move. Another cut means it will take South Africa even longer to regain its investment-grade status at S&P, the first major ratings company to cut the nation to junk in 2017 after former President Jacob Zuma replaced the finance minister in a late-night cabinet shake-up. The nation is now led by Cyril Ramaphosa.

Moody’s lowered the outlook on its investment grade rating to negative less than three weeks ago, effectively giving the nation three months to get its finances in order. A Moody’s downgrade would force South Africa out of the FTSE World Government Bond Index, which could prompt a sell-off and outflows of as much as $15 billion, according to Bank of New York Mellon Corp. It will also raise borrowing costs and make it even more difficult for government to finance the budget.

Here’s what analysts had to say:

According to S&P, the outlook revision indicates that South Africa’s debt metrics are rapidly worsening as a result of the country’s very low GDP growth and high fiscal deficits. The agency states that unless government takes measures to control the fiscal deficit and fast track the implementation of reforms, debt is unlikely to stabilise within S&P’s three-year forecast period.

Government fully recognises S&P’s assessment of the challenges and opportunities which the country faces in the immediate to long-term and remains committed to placing public finances on a sustainable path while aiming for inclusive economic growth. The agency acknowledges the work the government has started doing to restore the credibility of the country’s weakened institutions (e.g. the reinvigoration of the National Prosecuting Authority and South African Revenue Service).

Furthermore, the agency acknowledges the credibility of the South African Reserve Bank and the flexible exchange rate regime to be key strengths supporting the country’s ratings. Meaningful progress has been achieved on the measures announced by President Cyril Ramaphosa in September 2018.

Government remains committed to implementing much needed economic reforms in order to revive the country’s economic growth. Furthermore, government reiterates that the growth in the public sector wage bill needs to be addressed in order to reduce the debt burden. Government, labour, business and civil society need to work hand-in-hand as difficult decisions that imply short-term costs for the economy and fiscus need to be made in order to turn the tide around.