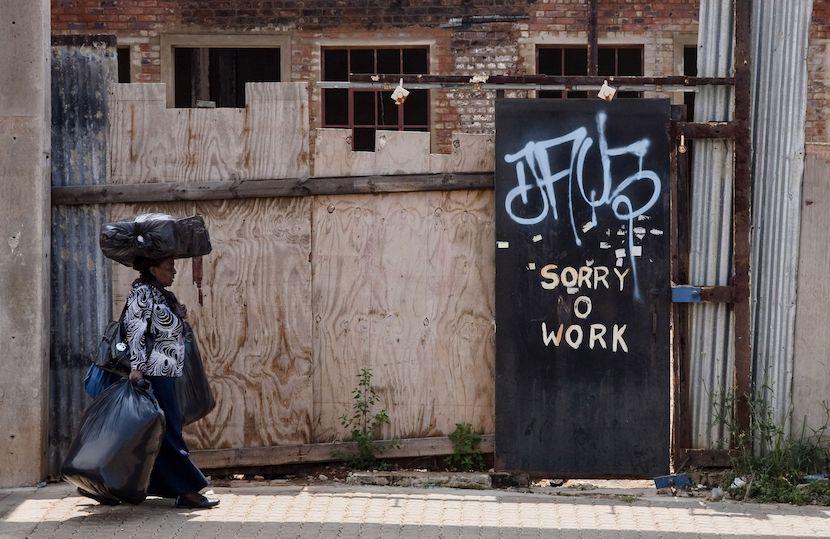 (Bloomberg) — The number of people with jobs in South Africa fell to the lowest in nine years in the second quarter, even as the official unemployment rate dropped.

The number of people who are unemployed fell by 2.2 million to 14.1 million, Statistics South Africa said in a report released Tuesday in the capital, Pretoria. That’s the lowest since the third quarter of 2011.

While the official jobless rate fell to 23.3% from 30.1% in the three months through March, unemployment according to the expanded definition, which includes people who were available for work but not looking for a job, rose to 42% from 39.7%. 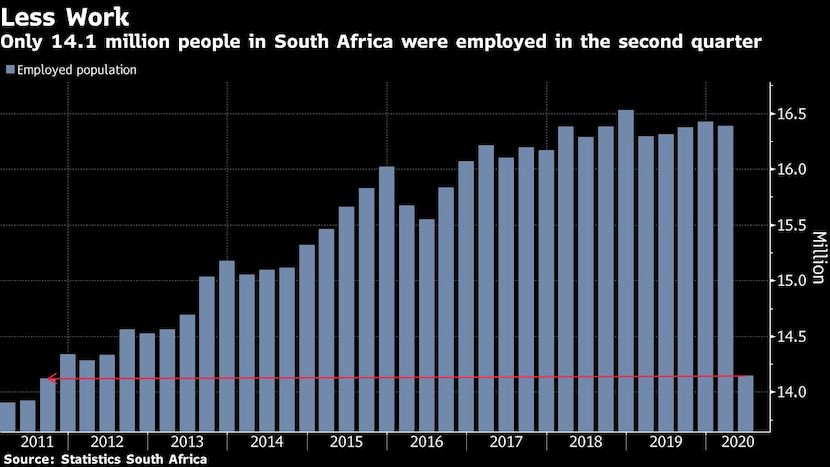 Restrictions to curb the spread of the coronavirus put the economy into its longest recession in 28 years, with gross domestic product contracting more than expected in the second quarter. Most businesses were shut for five weeks from March 27 and some cut wages, reduced staff or closed down permanently because of the lockdown.

The national lockdown was gradually eased from May 1. However, it “hindered people from looking for work, so this significant decline in unemployment is inherent of the official definition of unemployment,” the statistics office said.

The number of people who are officially unemployed fell by 2.8 million to 4.3 million, according to the report. The number of non-economically active people rose by 5.2 million to 20.6 million.

The official jobless rate could increase in the third quarter as more companies cut staff and people who were not actively seeking jobs could start looking for work again.

Since June, leisure and entertainment group Sun International Ltd. has warned of 2,300 layoffs and industrials group Bidvest Ltd. said 1,200 jobs could be affected by the sale of its car-rental unit. Industrial group Barloworld Ltd. has warned of retrenchments that could affect 3,750 workers and mobile operator Cell C Ltd. expects to close 128 retail stores around the country, putting 546 positions at risk.

The unemployment rate in Africa’s most-industrialized economy has remained above 20% for at least two decades. While insufficient economic growth is often cited, analysts also blame an education system that doesn’t provide adequate skills, strict labor laws that make hiring and firing onerous, and apartheid-era spatial planning that impedes job seekers from entering and remaining in the formal workforce.

The release of Tuesday’s Quarterly Labour Force survey was delayed twice to allow the statistics agency to do additional analysis based on historical data, as it used computer-assisted telephone interviewing for the first time, due

–With assistance from Simbarashe Gumbo.