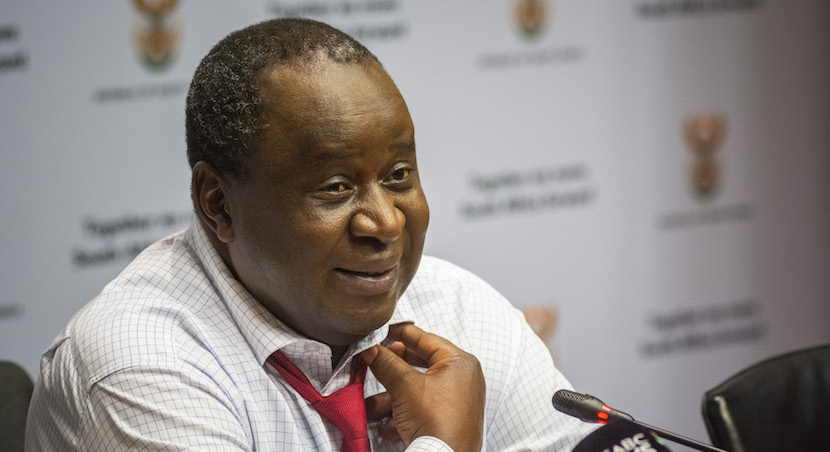 CAPE TOWN — There seems to be consensus among economists that Finance Minister Tito Mboweni will dodge the Moody’s downgrading bullet on Wednesday – by announcing measures to bring the projected budget deficit to below 4% of GDP. However, his ballooned R419bn Eskom debt, most of it guaranteed by the State, remains the live high voltage wire he must somehow manage to earth. Not easy when bailing the financially crippled power utility out by even R100m will trigger the Moody downgrade trip-switch. Taking on the Eskom debt-servicing costs instead is, as one observer puts it, “the most elegant middle ground.” We know who we have to thank for weaker VAT, corporate and personal income-tax collections that have severely aggravated the State Capture hang-over, for which Mboweni now has to find a long-term cure. But it’s onwards and upwards, the good news being a fast-growing new culture of public/private rescue remedies – a refreshing break from the ideological suspicion and estrangement of the past. Amazing what a crisis can do. – Chris Bateman

(Bloomberg) – South African Finance Minister Tito Mboweni is looking for a way to keep the country’s main power producer from sucking the life out of the economy.

Debt at Eskom Holdings SOC Ltd. has ballooned to R419bn ($31bn) and it’s struggling to supply Africa’s most-industrialised nation with enough power even as it weighs on finances, with most of its borrowings guaranteed by the state. The Department of Public Enterprises says the utility needs a cash injection to survive. Credit-ratings companies say Eskom is the biggest threat to an economy that hasn’t expanded at more than 2% since 2013.

Investors will be looking for Mboweni to come up with a plan when he unveils the budget on Wednesday, but aren’t hopeful for a quick solution. Revenue collection is likely to undershoot targets again, economic growth is sluggish and unemployment is high, limiting the finance minister’s room to help the producer by levying higher taxes.

While Eskom has asked the government to take on R100bn of its debt, that’s “off the table” because it would add as much as 2 percentage points to South Africa’s debt-to-gross domestic product ratio, said Gina Schoeman, an economist at Citibank South Africa. It could also lead to an immediate downgrade by Moody’s Investors Service, she said, putting South African debt in junk territory and making it un-investable for some of the world’s largest funds.

Having the government take on Eskom’s debt-servicing costs instead of actual debt would be “the most elegant middle ground,” said Goolam Ballim, chief economist at Standard Bank Group Ltd.

Slow growth has led South Africa to repeatedly miss its revenue-collection targets, and that forced the National Treasury last year to resort to the first increase in value-added taxes since 1993 to generate funds. Despite that, the Treasury in October cut its estimate for collection in the year to end-March by 2% to R1.35trn.

South Africa’s budget deficit will probably be 4.1% of GDP in the fiscal year through March 2020, according to the median estimate of 13 economists surveyed by Bloomberg. That’s slightly better than the National Treasury’s October forecast of 4.2%.

“The bad news is that the situation is likely to get worse,” PwC said in an emailed note. Revenue will be R10bn lower than the October estimate because of weaker VAT, corporate and personal income-tax collections, the company said.

Any fiscal slippage beyond that may test past tolerance from Moody’s to negative budget developments.

Moody’s has “shown an appetite to accommodate near-term worsening in public finances” if accompanied by growth-enhancing political and economic policies, Standard Bank’s Ballim said. Moody’s is scheduled to publish an assessment on March 29.

So even as investors look for a support package for Eskom, Mboweni will probably to just “kick the can down the road,” said Jeffrey Schultz, an economist at BNP Paribas South Africa. State funds are unlikely to be committed to the utility until the energy regulator sets its electricity tariffs and the government finalizes its restructuring plan, which may be opposed by labor unions and difficult to implement before elections on May 8, he said.

What our economist says:

Mboweni is under pressure to reduce both the projected fiscal deficits as well as reining in contingency risks, most notably from Eskom. The deficit-cutting measures are likely to be weighted towards the spending side this year after last year’s increase in value-added tax and a fuel-levy increase. Bringing the projected budget deficit below 4% of GDP would be welcomed by rating agencies although questions of whether it will be followed through on will abound. On Eskom, it seems unlikely that the presented measures will be sufficient to prevent Moody’s from change its ratings outlook to negative.