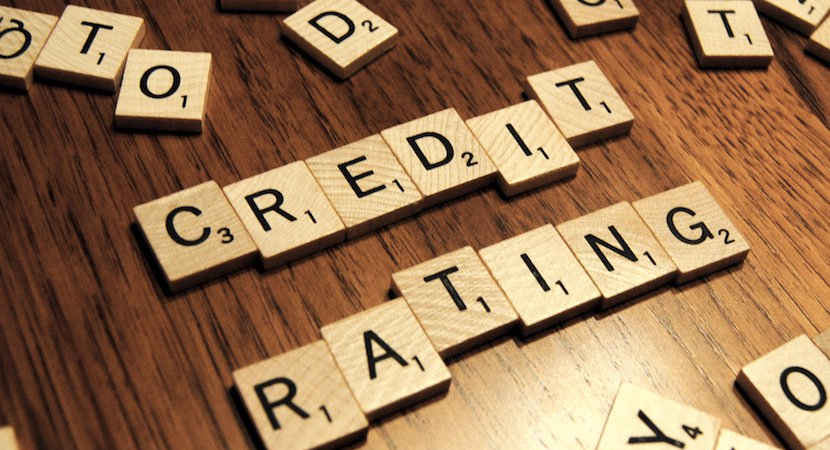 ESKOM — The state of South Africa’s power utility, Eskom, is vital to attracting investment, which is essential for securing higher economic growth. That has become increasingly clear after information about Eskom, that was fed out into the public domain as the government unveiled its national budget, sparked a sharp drop in the rand – and then later more information about Eskom fuelled the national currency’s value. Eskom has been decaying for decades, starting with the removal of swathes of qualified engineers in the 1990s as affirmative action policies were implemented. Eskom, with its lucrative contracts, has also been festering with corruption, with a Zuma-backed plan for Russian companies to build nuclear facilities a key feature of the state capture scandal that erupted under the last president. Now, President Cyril Ramaphosa and his team are trying to fix an ugly mess. The rand’s quick recovery seems to suggest that they might be on the right track. – Jackie Cameron

The eye-popping prediction that the proportion of government debt to gross domestic product would top 60% by 2024 sent the rand down as much as 2.3%, wiping out this year’s gains. The yield on the nation’s debt due 2026 briefly pierced the 9% level.

But a rescue plan for foundering power utility Eskom Holdings SOC Ltd. calmed traders’ nerves as it appeared to avert a South African credit-rating downgrade from Moody’s Investors Service, at least for now. Eskom, which supplies 95% of the country’s electricity, will receive a R69bn ($4.9bn) cash injection over the next three years to help service its debt. Part of the utility’s transmission business will also be sold to private investors.

“Moody’s should like this,” said Geoff Kendrick, a London-based strategist at Standard Chartered, which took profit on its position in the lira versus rand cross.

The rand was trading 0.1% lower as of 4:53pm in Johannesburg, and the yield on government debt due 2026 declined three basis points to 8.84%. Bearish bets on the rand, which were the highest in emerging markets before Mboweni’s speech are now second to Turkey’s lira. The currency’s one-week 25 Delta risk reversal narrowed by the most since Jan. 17. 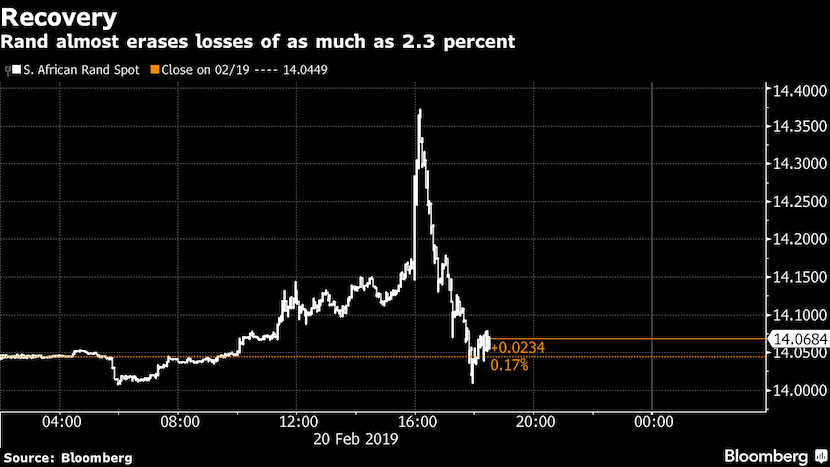 Moody’s is scheduled to assess South Africa’s debt on March 29. A cut to South Africa’s credit rating would see government bonds ejected from the World Government Bond Index, with outflows from the bond market of between $8bn and $10bn, according to Investec Bank Ltd.

“The government isn’t shying away from confrontation with the unions and is seeking equity partners for the transmission unit,” said Henrik Gullberg, a Nomura International Plc strategist in London. “This is the best that realistically could have been hoped for.”