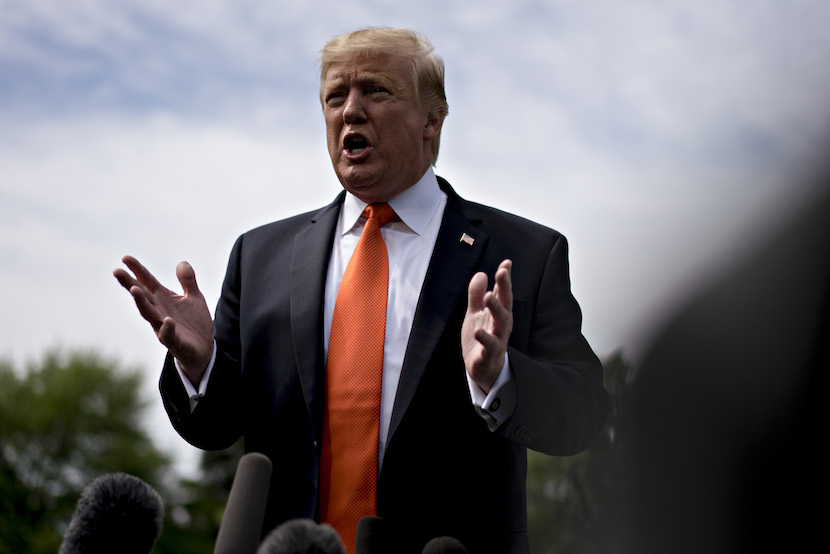 The news hit on 2 October 2020 that US President Donald Trump had contracted Covid-19. His constant dismissal of the seriousness of the virus has angered many, not to mention several potentially dangerous sweeping statements uttered while addressing the nation during an international emergency.  Our regular columnist Simon Lincoln Reader feels that those who are violently anti-Trump should be more consistent in their views. – Claire Badenhorst

On Friday 2nd October, business executives, academics, journalists and actors all poured into the streets of London to chant death upon the President of the United States. Not since the thrill of colonialism has there been such unified purpose. Five years ago the sight of the CEO of a public listed company virtual projectile vomiting into her Twitter feed about a foreign leader would have been unthinkable but also: five years ago most HR departments were filled with reasonably tempered people – not contaminated by Mermaids.

My first encounter with someone infected with Trump Derangement Syndrome (TDS) occurred in 2018, when a notorious oddball and Chris Roper enthusiast in Cape Town was so offended by remarks I had made that he ended up defending a one-handed pedophile (!) in a letter to the editor of Business Day. The newspaper, at the time swinging between bankruptcy and whether or not to condemn farm murders, published the mouthbreather’s meltdown – the sort of thing that happens when you’ve been bullied into outsourcing your common sense to fantasists (or Africa Check).

Read also: SLR: Will Covid be the final nail in Boris Johnson’s coffin?

Were Trump to have succumbed to the virus, an enormous number of people would have celebrated – the same group, incidentally, who grieved for the convicted pedophile cut down in Kenosha, WIS, by a 17-year-old. These people are happy to see vandalised black businesses shutter, but when a company called Burisma Holdings admits in court to bribing the son of a Presidential contender (as it did last Monday in Kiev), for some reason they clam up. They call Donald Trump “Hitler” – but when New York Governor Andrew Cuomo and Mayor Bill de Blasio brazenly threaten Jewish people, these people are nowhere to be found. They are adamant that the same Trump has “killed” over 200,000 people – but refuse to be drawn into discussion about the consequences of Barack Obama and Hillary Clinton dropping bombs onto the heads of Libyan babies. To them there is only one perception of wrong.

I’ve spent the last year trying to identify the roots of TDS and its associated conditions. I’ve yet read anyone who has documented its origins, with the exception of the writer Douglas Murray, who hinted at something in the introduction of his excellent book, The Madness of Crowds.

Murray suggests that this paranoid, chilling conviction has filled the void of religion, specifically Christianity (or the parts of it left). Essentially, we wish death or ill upon people with whose views we depart from with the same intensity that we used to pray for guidance and safety. Indeed, the idea that “God is dead” was relentlessly emphasised by commentators and rioters seeking to amplify their own profiles following the death of George Floyd in May. Portraying Trump as an unconvincing Satan, as the repulsively egregious Nancy Pelosi frequently does, betrays the fervour behind the condition, once reserved for man’s questions of his existence.

But what else do we know of this kind of thinking? It is the perfect foil for criminally predisposed. If you have defrauded the revenue services, fired ammunition in public, are implicated in the looting of a bank, socialised with gangsters, made repeated death threats and encouraged violence against others, you wouldn’t advocate free market libertarianism or faith-based politics. No, you’d be an extremist, a desperate fringe for whom the need to stay out of jail surpasses politics. Even worse, at some point, in the cycle of denial, you start believing your own lies – that you’re doing good.

So to see the final destination of TDS and all its irrational hysteria, look no further than the EFF.