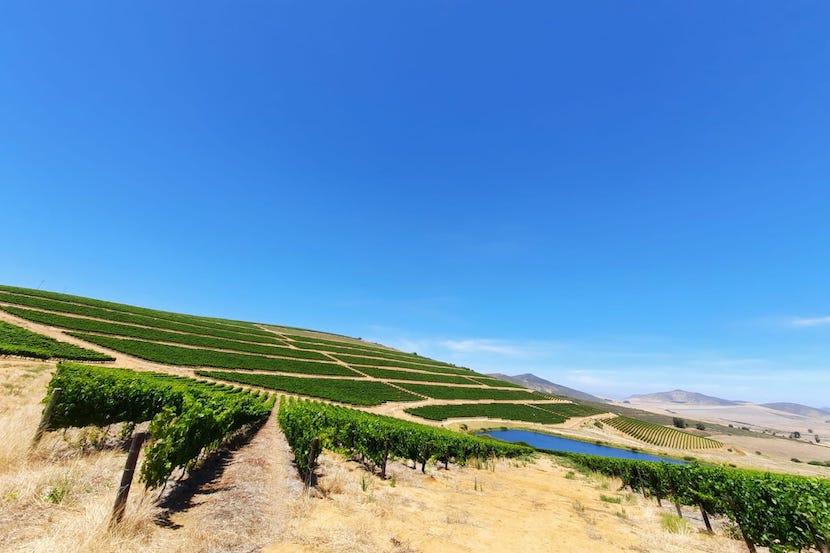 At 6am, the alarm shattered the gentle peace and quiet. Usually, if something had to disturb my rest while on leave, I’d be irritated. However, I had quite the day laid out.

Admittedly, I hit the snooze button a couple of times but I was soon at the helm of my December wheels, the competent Kia Sonet 1.5 EX. Our destination? Darling, the quaint West Coast town is situated just 82 km from Cape Town. It was founded in 1853 and is best known for legendary performer Pieter-Dirk Uys’ Evita se Perron Theatre but more about the town in a separate travel piece.

Hurtling down the N7 highway, the little Kia did a fine job of imitating a larger SUV. The plump 215/60 R16 tyres work well with the compliant suspension to provide a supple ride. More impressive, however, was the consumption recorded by the trip computer: Kia claims the Sonet averages 7.0 L/100 km. With the air-conditioner blowing crisp air into the cabin, I achieved 4.8 L/100 km, although this figure did climb as we explored the hilly gravel roads towards our gorgeous destination, though.

After a quick lunch and a spot of sightseeing, we headed off to the main attraction for the day. Just outside the farming area is one of the Western Cape’s hidden gems. Groote Post, a family-run winery, has an unassuming entrance. A simple sign directs you onto a dusty gravel road, something the Sonet took in its stride.

Over your right shoulder are the vineyards perched atop the Darling Hills. This, Groote Post’s Peter Pentz would tell us later, is one of the reasons their wine is so unique. Aside from excellent soils, the vineyard receives a direct, cooling breeze from the Atlantic Ocean just seven kilometres away.

We took a quick detour through a nature reserve before reaching the winery. The crunch of the gravel under the Kia’s tyres startled a group of quaggas, an animal I thought was extinct. In the distance, an alert group of springbok stood watch as we crept past a sign ‘Groote Post: 1.5 km’.

There’s no other way to describe the setting but idyllic. Situated far from any main roads, there’s absolute silence, apart from the distant whirr of tractors going about their business.

The 18th century fort has been renovated to house a 500-ton winery and the ebullient Peter Pentz, the communications manager, rushed over to open my female companion’s car door. Peter is no ordinary employee; this gentleman is the youngest in a generation of proud and passionate farmers. His grandfather and namesake, Peter Pentz Snr, was a dairy farmer who transitioned into winemaking in the 1990s.

“When my grandfather was a dairy farmer, he always said no one approached him to compliment him on a glass of milk. That happens all the time with our wine,” chuckled Peter. The patriarch of the family was no ordinary dairy farmer, either. He won the 1998 South African Agricultural Writers National Farmer of the Year Award. In 2001, he sold his Holsten herd and put all his energy into wine making.

A risky decision but, as it turns out, the right one.

Peter hopped into the Kia and directed us towards the vineyards in the hills. Glancing at the compact crossover, he had concerns the front-wheel-driven Sonet would struggle up the gravel incline with four of us onboard. But the Kia scampered up the hills like a mountain goat. Stirring the six-speed gearbox,  it didn’t break a sweat, slowing only for larger undulations.

Serenely beautiful, the vineyards were hanging heavy with grapes that would soon fill bottles of wine. “The cool breeze from the Atlantic Ocean enables a longer growing season.” This also allows a greater build up of flavour, he explained. The soil – a rich, golden colour – has a high clay content and provides the vines with the all-important nourishment.

While many farms rely on machines to harvest the grapes, Groote Post chooses a more traditional approach. Having people picking the grapes adds a personal touch and allows them to filter out the bad. “What’s more, we’re creating [sorely needed] employment.”

As we headed back down for a wine tasting – not me obviously, I was driving – we encountered a number of children who live on the farm. Their faces lit up as they saw Peter in the passenger seat.

Despite the rough terrain and more complicated driving, the Kia’s trip computer was still indicating an impressive 6.1 L/100 km. I asked Peter what he thought of the Sonet. “It’s good, I’m really impressed it made it up those hills.” When I told him the price (R305,995), he was pleasantly surprised.

Seeking refuge from the sun in the winery and moments later, Peter arrived with a selection of wines. My friends were designated tasters, on hand to sample the fine wines. I would have some later with dinner.

Groote Post’s Seasalter (2021) and the Brut MCC NV were the favourites of the day. Seasalter, with its citrus and granadilla notes was a highlight. I optioned to take home some of the refreshing Brut Rosé MCC NV. As a lover of dry sparkling wine, this was right up my alley: a light swig of this delicate MCC fills your mouth with unmistakable berry flavours.

While Groote Post has been in the winemaking business for just over two decades, their experience in agriculture and, more importantly, passion for wine really does shine through, not only in the products of the vineyard. Everything, from the setting to our gracious host, was top notch.

It’s much like Kia, really. The South Korean carmaker was founded in the early ‘40s. While it didn’t start making vehicles until the 1960s, the brand has always prided itself on quality and value for money. Today, you cannot drive five minutes without spotting a Kia on our roads. People recognise quality and Kia is now one of the motoring industry’s biggest success stories.