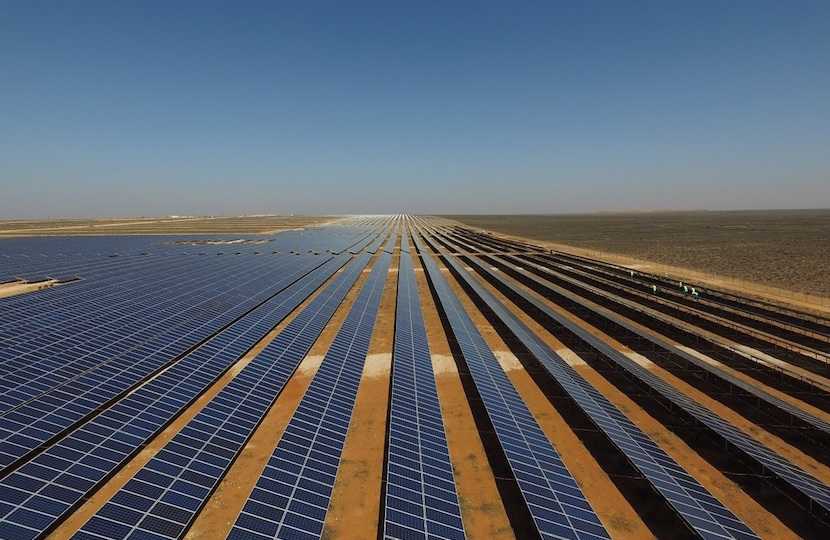 As the government releases the energy road map for South Africa for the next decade, many lips are wondering about its current predicament. The re-emergence of loadshedding highlighting some key concerns with what the new plan is moving away from – the Medupi and Kusile energy elephants. One could argue the mess the energy sector is in, is purely because such long term plans weren’t put into effect. There’s also a big shift to renewables in solar and wind, while gas and hydro on the periphery, while coal is seemingly being phased out slowly. There is also mention of nuclear, and while non-committal, it does seem to be an option of choice, when and if affordable. – Stuart Lowman

(Bloomberg) – In South Africa, solar and wind are in, and coal is gradually on the way out.

That’s the key takeaway from the latest Integrated Resource Plan, which maps out the energy mix for the next decade. It envisions the nation’s total electricity-production capacity rising to 77,834 megawatts by 2030 – with the bulk of the increase coming from renewable sources – from about 52,104 megawatts.

A switch to more green energy comes as South Africa faces pressure to meet emissions-reduction targets. State power utility Eskom produces about 95% of the nation’s power, the bulk of it from coal-fired power plants – many of which are approaching retirement and don’t comply with environmental standards.

A first version of the resource plan was adopted in 2011. While the government said it would be regularly updated and published several drafts, they were never approved. The latest iteration of the blueprint was published in the Government Gazette on Friday.

The new plan foresees the completion of a project to extend the life of Koeberg, the nation’s sole atomic plant, by 20 years to 2044, but no additional nuclear capacity being added before 2030.

New modular nuclear plants may be built in the future, but at a pace and scale the country can afford, while investment will be made in more efficient coal technology, Mineral Resources and Energy Minister Gwede Mantashe told reporters in Pretoria, the capital.

Former President Jacob Zuma championed a program to add 9,600 megawatts of nuclear energy to the grid from 2029. Critics of the plan argued that it wasn’t affordable and it was shelved shortly after Zuma was forced to quit in February last year.

Coal will continue to play a significant but declining role in electricity generation for the foreseeable future, accounting for 59% of output by 2030. Nuclear will contribute 5%, hydropower 8%, solar 6%, wind 18% and gas and storage 2%.

Some of Eskom’s coal-fired plants will “be around for a long time,” Mantashe said. “We are cautioning people who say coal is coming to an end.”

Eskom is expected to shut coal-fired plants that produce about 10,590 megawatts of energy within a decade, while just 7,232 megawatts of new production capacity that utilises the fuel will come on stream, according to the plan. The bulk of that will come from the Medupi and Kusile power stations, which are currently under construction.

Eskom, which has amassed R450bn ($30bn) in debt and is reliant on government bailouts to remain solvent, has instituted rotating blackouts since Wednesday after a series of breakdowns at its plants. The energy blueprint doesn’t discuss how the utility can be fixed – that will be addressed in separate plans that the government intends releasing by the end of the month.