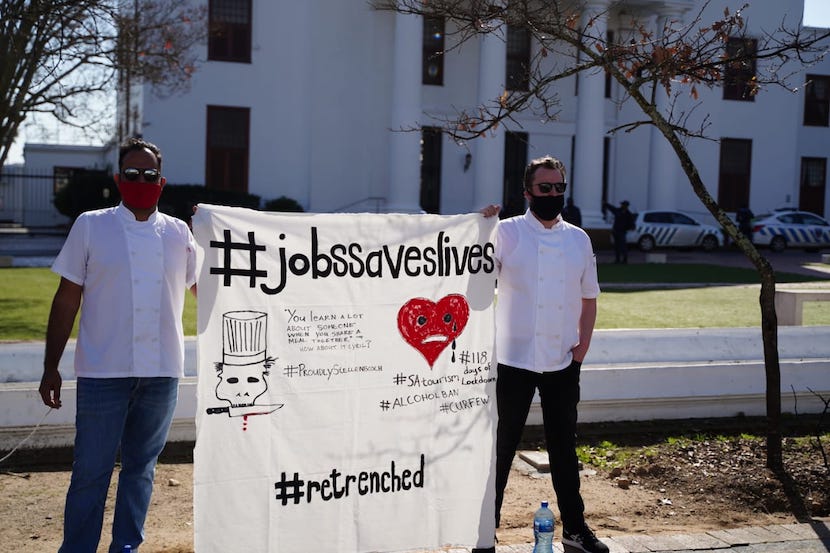 The SA unemployment rate may have dropped, but there is no cause for celebration. Despite the statistics telling what seems like a positive story, the reality for many South Africans is dismal. As a result of Covid-19 and the lockdown that followed, many people have lost their jobs this year, with businesses across the country collapsing under the pressure of a recession and pandemic. Covid-19 containment restrictions also made it difficult – and even impossible – for people to look for work, with heightened limitations on movement. – Jarryd Neves

Stats SA released the Labour Force Survey (LFS) for Q2 2020 today. The LFS is a quarterly household survey specifically designed to measure the dynamics of employment and unemployment in South Africa, including the informal sector as well as small-scale subsistence farmers.

The following is a summary of the key trends in the labour market as at the end of Q2 2020. Importantly, though, Stats SA highlighted that during Q2 2020 they changed the mode of collection the data from face-to-face interviews to Computer Assisted Telephone Interviewing (CATI). Unfortunately, this resulted in some practical difficulties including the fact that not all homes on the survey sample had contact phone numbers, some of the contact phone numbers were found to be invalid, and some calls were not answered. All of these were regarded as non-contact and were adjusted for during the weighting processes. Consequently, Stat SA highlighted that “comparisons with previous quarters should be made with caution.”

The fall-off in employment during Q2 2020 of more than 2 million people is the largest quarterly decline in employment South Africa has recorded since the data series started in 2008 – but largely in-line with expectations that the extreme economic lockdown measures introduced at the end of March 2020 would result in “millions of job losses”.

While this massive loss of employment in Q2 2020 is understandably within the context of Covid-19, the key anomaly many people will struggle to understand is why the unemployment rate fell from 30.1% in Q1 2020 to 23.1% Q2 2020, yet the number of people employed declined by a very substantial 2.2 million. The answer is that during Q2 2020 the number of people regarded as unemployed fell by 2.775 million – not because they become employed but because they were regarded are no-longer economically active due to the lock-down restrictions and their inability to look for work or make themselves available to work. Consequently, the total number of people regarded as not-economically active increased by a total of 5.156 million in the quarter. And since these people are no longer economically active they are not included in the unemployment calculation, resulting in a steep decline in the official unemployment rate.

SA unemployment crisis is now the WORST in the world. How will we create more jobs?

In contrast, the expanded definition of unemployed is not influenced by changes in the estimate of the number of people regarded as “not-economically activity”. Consequently, this measures of SA unemployment rose from 39.7% in Q1 2020 to 42.0% in Q2 2020. Hence, this is probably a more reflective measure of SA’s underlying level of unemployment as well as the ongoing level of deterioration in the labour market.

Much of the above anomaly in the estimate of the official unemployment rate will quickly reverse in the quarters ahead, however, we maintain our forecast that over a period of 12-months from Q2 2020 to Q2 2021, we expect South Africa to shed around 1.7 million jobs leaving South Africa’s level of unemployment considerably higher than before the start of Covid-19.

Hence, the key concern with the latest unemployment data, apart from the anomaly related to the calculation of the unemployment rate, is that over a period of more than a decade the number of people employed in SA has failed to keep pace with the growth in the population and that the economic damage caused by the Covid-19 has exacerbated the weakness in an already fragile labour market. This is best highlighted by the fact that the youth unemployment rates – using the expanded definition of unemployment – is now up at a staggering 73.4%. In fact the total youth population in South Africa amounted to 10.266 million in Q2 2020, with only 769 000 employed either in the formal or the informal sector. While many of the people in this category would be still be studying, it highlights the extreme difficulty young people experience in trying to obtain their first job opportunity.

Clearly, the rate of youth unemployed is a national crisis, with significant social, economic and political implications, yet the political environment appears to still lack the level of urgency required to start to deal with the crisis. In that regard, the current emphasis on infrastructural development needs to gain momentum and could provide a massive boost to SA employment and economic growth if the projects start to be implemented effectively.