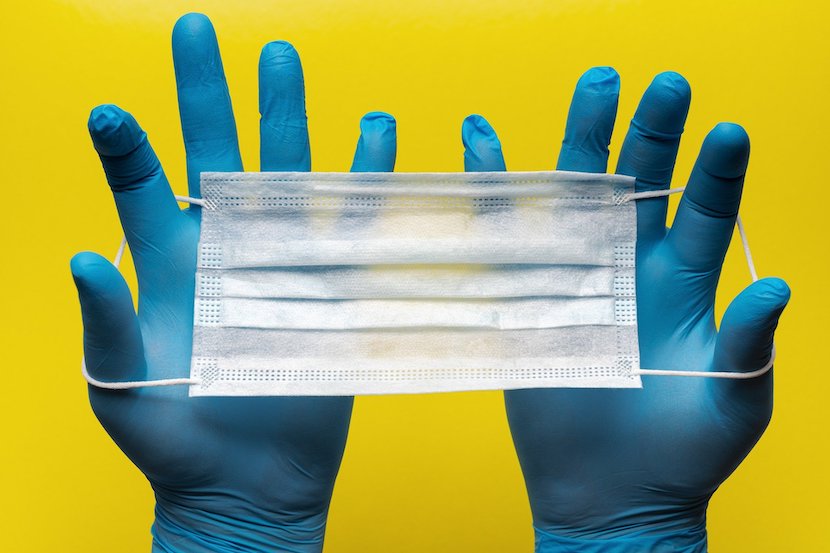 Simon Lincoln Reader,  never shy to call a spade an effing shovel, has his scope on the media this week calling the majority of the press sector “glad-wrapped cheddar slabs” and says the majority of the media serves no purpose. We assume that excludes our excellent Biznews team. His gripe is that the world knows very little of the Covid-19 virus and when we will have a vaccine and that the views expressed in the media are purely opinion. And then, there is the World Health Organisation, which many countries base their predictions and campaigns on, that he trusts even less than the majority of the media, mainly because of a link to Robert Mugabe. Perhaps isolation and the plight of his buddy, Boris Johnson is adding to the black mood. He does however have praise for Freek Robinson and Bruce Whitfield who fly the flag for good journalism. – Linda van Tilburg

If you took the BBC’s Lewis Goodall, Sky News’ Beth Rigby, The Intercept’s Mehdi Hasan and CNN’s Jim Accosta (or, to be fair, many other profiles from the same aforementioned institutions), placed them in a room together and pressed play, soon you’d begin to hear, as one commentator puts it, “the sound a computer made attempting to connect to the internet in the mid 90s” before the following statements were announced in a sneering hum: “#orangemanbad”, “Trans women are women,”, “Climate deniers should be jailed” and “I own a pair of Greta Thunberg socks and anyone who doesn’t is Islamophobic”.

The past three weeks have proved beyond doubt that the majority of conventional media serves society no value any more and exists just as a processed blob of prescription, similar to one of those yellow, glad-wrapped cheddar slabs you can pick up from any Shoprite for R3.40 apiece.

There is one fact of Covid-19 that undermines all opinion: we know very little, and it’s not clear when the full extent will emerge – to say nothing of a vaccine. Yet by and large the media has not chosen the angle of knowledge (or lack of) as its central theme.

Instead it has spent its resources supporting China and the WHO despite evidence that both have acted in bad faith (don’t forget that the latter once appointed Robert Mugabe as a goodwill ambassador) and instigated blame, which, like doubt and hysteria, is proving to be just as destructive as the virus.

Here the media has condemned the British government and Donald Trump – but curiously ignored Sweden’s response. It has screeched at public gatherings in parks – but not in Mosques. It exploded at the suggestion of hydroxychloroquine being used to relieve symptoms and scorned any party seeking a deeper understanding of the origins behind Covid-19’s spread. But this week a number of titles, including the appalling Daily Mail, have pleaded in chorus to #buypaper, realising if for the first time that it too may suffer from the very hysteria it has helped generate.

The consequences of this blame emphasis emerged in some dramatic form on Monday night, when Prime Minister Boris Johnson was admitted to acute care. No sooner had this happened when a Labour Mayor of a Derby council claimed that he deserved it, and was supported by an army of pro-noun enforcing, Pink Times/Guardian/Independent enthusiasts (we know they like these things because they tell us). “I hope he dies a horrible death,” said Sam-Aaron Butler, under the username “Aaroncastro33” – a data analyst employed by University College London.

Of the personalities promoting the hostility none is more egregious than the broadcaster Piers Morgan.

Morgan is anything but trustworthy; last year a former executive at ITV told me that he doesn’t actually have beliefs and is just his own publicity agent, manoeuvring through the most attachable items of public discourse for the sake of popularity alone – including excessive and unnecessary criticism of Prince Harry and his wife. “His stance on Brexit – i.e. initially claiming to vote remain then claiming he supported the decision to leave – is one example,” my friend explained, “his supposed friendship with Donald Trump is another”.

It was during Morgan’s gotcha-style cornering of Health Secretary Matt Hancock when it became clear that increasing the number of his Twitter followers is more important than information that could be of benefit to the public. From that moment two weeks ago, Morgan has just gotten worse and is today reduced to a barking, galloping ham who thinks it runs the country.

This is not the case everywhere. For every smear / conspiracy merchant such as Carole Cadwalladr, there’s a Susan Comrie or a Bruce Whitfield – for every New York Times or the clickbait “Byline Times”, there’s a Wall Street Journal. But an orchestrated malevolence at a time when it was least desired has revealed that not even humanitarian crises can dissuade some of the world’s most prominent information streams from attempting to settle political scores – to exact vengeance for their failed predictions or criticism of their irrelevant obsessions.

There has been some outrage against people like the oafish mayor and other losers who cheered Boris’ suffering, but they are just minor reflexes of a greater problem. We used to make Freek Robinsons and Trevor McDonalds; these days we are reduced to pre-programmed Nickolaus Bauers and Cathy Newmans. In their defence, members of the blue-haired online militia wishing Covid death upon their enemies would argue: “if everyday we are encouraged to animosity by what we read and hear, why are we not allowed to express it?”