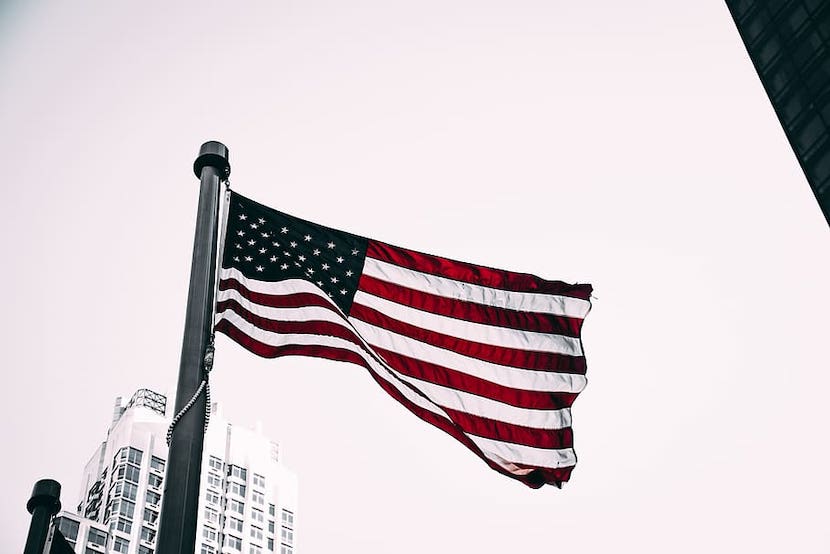 A recent YouTube video by the CIA, titled, ‘Humans of CIA’, features a female Latina officer talking about being ‘unapologetically herself’ in an environment previously dominated by white males. Simon Lincoln Reader discusses the video as a ‘cheapening’ of important messages and values. “This is not about rights or transparency. These organisations have no real interest in going woke; they profit from division.” – Claire Badenhorst

Mi6 and the CIA have gone woke. It’s over.

When I wrote some time ago that the new James Bond film would feature a 007 that had traded his Crockett & Jones’ Oxfords in for a pair of Balenciaga triple-chunky white sneakers and a septum ring, I was being only half-serious. But in 2021, it turns out reality has trumped all fiction with both Mi6 and now the CIA announcing that they have gone consciously, turbo-campus pronouned woke.

In 2019 I said that one night, after vegan falafels and definitely no booze, Mi6’s Bond has slipped one past the CIA’s Felix Leiter – and now the latter was preggers. On Monday, the CIA released an advert in which a body-positive girl, sorry – person who menstrates – employed by the intelligence agency confessed that she could sing along to Hispanic hip-hop whilst fiddling with a nuclear code or something – all this despite suffering a generalised anxiety disorder. In 2011 these people initiated a SEAL raid on a compound in Abbottabad, Pakistan; in 2021 they’re sitting in the designated safe-space panicking that pollution might be racial violence.

In February, a UK civil servant called Richard Moore arrived on Twitter. With all the charisma of a lifetime achievement-ing home counties council accountant or NHS trust boss, Richard introduced himself as the person we once would have called “C” (it was a peculiar event: given how dull Richard was, you’d have expected him to have been double-masked for the occasion… until you realised that he’s not actually meant to show his face – ever). What was going on here? Some weeks later and Mi6’s iconic premises in Vauxhall were lit up in the colours of the LGBT+Trans combo flag.

The behaviour of both Mi6 and the CIA have delighted Syrian villagers who’ve up until now had no real introduction to diversity and inclusion – simply just Raytheon bombs emblazoned with messages insulting JK Rowling dropped from Reaper Drones. According to them, Hafeez the local shepherd was getting tired of being water-boarded by a steroid cowboy gym wanker with a tattoo of what looks to be a confederate flag on his arm. Now he’s going to get waterboarded by a woman who used to be called Keith – and habitually breaks her old high school record for women’s javelin on breaks between tours.

This is not about rights or transparency. These organisations have no real interest in going woke; they profit from division, and, as one of the last remaining journalists alive, Glenn Greenwald remarks, “the confusion that prevails when power centres shift”. With intelligence agencies now co-opting into it, ruling elite ideology is now inescapable – official confirmation that the things we once thought were valuable have been cheapened, perhaps beyond recognition.

Having been tapped as director of ‘Bond 25’, Danny Boyle stormed off the franchise in August 2018 citing ‘creative differences’. This was later explored in detail: he had wanted to ‘bring 007 into the 21st century, into the MeToo age’. What exactly did this mean? Well taking Bond out of the field for starters and placing him in a room in SW1 for an inquiry into his conduct since 1963. “Mr. Bond,” a lawyer from a white-shoe firm would open with, “in 1987 – The Living Daylights – you stripped off the negligee of a one Ms. Rubavitch, which resulted in her being partially naked when her lover, General Leonid Pushkin, came to her room. This stunned the General, allowing you to contain him. I put it to you that you made a woman naked for your own purposes.” So that would have been Danny Boyle’s James Bond – less 007, but more Truth and Reconciliation Commission.

With that in mind, we need to revisit our pre-rona script of Bond 25 – because times have changed. The bad guy now is – obviously – Russian, and his name is Pladivir Mutin. In Pladivir’s offices, there are pictures of him smiling with white farmers and Donald Trump. He has managed to get around Twitter, Facebook, and YouTube’s community standards guidelines, evade permanent suspension and retain verified accounts with each – and it’s literally frying the brains of Silicon Valley and legacy media reporters. Next – he’s seen at his Crimean troll farm, where rows of desks of mischievous little Crimean trolls blast fake news, for example: Bill Clinton and Bill Gates were both chinas with Jeffrey Epstein and frequently traveled on his jet. And then suddenly Pladivir sits down and a troll hands him a keyboard, and he types, ‘What about Fauci’s patents? How come the Biden family have never addressed the images located on Hunter’s laptop that obviously qualify for serious investigation? Didn’t Joe Biden actually boast that he’d held back aid from Ukraine?

The scene then shifts to a morose London, where commuters are pictured staring at Mutin’s latest tweet on their phones. Some stop in the middle of the road, nearly get knocked over. Some cry. A socially-distanced party (no alcohol) for NHS nurses is canceled. But then suddenly Bond emerges from what looks like a gender neutral toilet with a phone in his hand. He furiously types in: @PladivirMutin DEFUND THE POLICE – and that’s it – nailed him!

So the ending. Bond is walking to a local Sainsburys and people have lined the road (cameos here include the Mayor of London Sadiq Khan, the New Zealand Prime Minister Jacinda Adhern and – wearing a dress – the Canadian Prime Minister Justin Trudeau). And the music plays with its ear garbage millennial whoop and female, ahem – person who menstrates – vocoding, and Bond just walks, into the store, to the personal care selection, where he finds a box of Tampax and proudly picks it out. And then it ends.