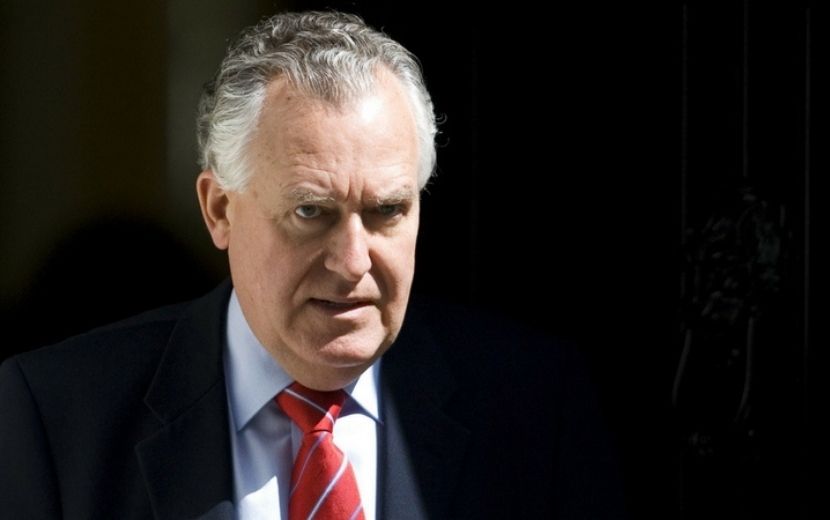 South Africa was placed on the UK’s red list in December – a status which has been severely destructive to the South African economy. South Africa’s UK red list placement requires tourists from the UK to quarantine for ten days at their own expense in government-selected hotels when they return. The exorbitant costs related to this quarantine requirement effectively halts the income that the country receives by virtue of travel between South Africa and the UK. According to a study conducted by the World Travel & Tourism Council (WTTC), the restrictions imposed by way of the dreaded red list could lead to losses that equate to more than R26m every single day. In mid-September, the UK revised its red list. South Africa was not one of the eight countries that were removed – despite the fact that three of those countries (Sri Lanka, Maldives and Turkey) have higher and rising rates of infection in comparison to South Africa. South African anti-apartheid activist Lord Peter Hain spoke to BizNews founder Alec Hogg about the nonsensical nature of our country’s continued red list placement, a status which he believes ‘has no justification in science.’ Hain wrote the letter below to UK Prime Minister Boris Johnson to protest against the UK government’s failure to remove South Africa from the red list. Hain raises several excellent points in the letter – all of which highlight that the country’s continued red list status is both unjustified and illogical. – Nadya Swart

I am writing strongly to protest at the Government’s failure to remove South Africa from the travel red list last month and to ask that this be done immediately. The UK’s continued red listing of South Africa has no justification whatsoever in science. South Africa has only one variant in circulation, which is the same variant as in the UK: Delta. Its third wave peaked in July and as it enters the southern hemisphere summer it has a tenth of the infections in the UK and a similar infection fraction compared with much of Europe. Its scientific capabilities are world-leading, and it tests more people and publishes more data than any other African country.

South Africa’s infection rate currently stands at 3.8 cases per 100,000 residents. This is a tenth of the infections we have in the UK, and below many countries where unrestricted travel is permitted such as the US, France, Greece, the Netherlands, and newly admitted Turkey. It is preposterous that the UK is now permitting travel to and from countries with much higher infection rates than South Africa’s.

You removed eight countries from the red list on 17 September, yet three of them (Sri Lanka, Maldives and Turkey) have higher and rising rates of infection in comparison to South Africa.

The US, Germany, France, the UAE and the Netherlands, amongst others, now accept fully vaccinated people travelling back from South Africa with limited (negative PCR test) or no travel restrictions, acknowledging that there is no risk from variants if both countries are Delta-dominant and no health system impact if the traveller is vaccinated.

Your Ministers have cited the South African originated Beta variant as a major reason for the continued red-listing of. But it has not been present in the South African population since August. No Beta genomes have been sequenced by the Network for Genomic Surveillance in South Africa (NGS-SA) in the five weeks to 24 September. The Delta variant has taken over and is dominant in South Africa just as it is in the UK, representing over 98% of genomes sequenced so the scientific basis for the UK’s red listing is at best long outdated and at worst entirely bogus. This means the risk profile to a double-vaccinated traveller moving between South Africa and the UK is identical. The continued imposition of travel restrictions on South Africa therefore has no justification in science.

South Africa has the most extensive testing track record on the African continent, conducting twice the level of community testing as the next best country, Morocco, and has a better testing track record and regime than many countries on the UK’s amber list. Yet in the last review it was Kenya and Egypt which were removed from the red list, despite conducting less than a sixth of the number of tests as South Africa. Again it is very hard to understand the logical basis for Britain’s red-listing stance.

South Africa’s genomic sequencing capabilities are some of the best in the world. They currently rank 23rd in the global rankings for the most genomes sequenced and published, which puts them above Portugal, South Korea, Greece, Russia and China. In the last 90 days South Africa sequenced 5,215 genomes which were uploaded onto global databases. In the same time frame Egypt, which was removed from the red list ten days ago, uploaded just 5. Oman, which was also removed from the red list, uploaded just 90 sequences. Given the lack of sequencing in many of the countries removed from the red list, it is a myth that the UK government has any informed view on what variants are circulating there, yet we continue to penalise a country like South Africa whose scientists are working flat out to do the right thing in a transparent manner – and getting absolutely no recognition from you for their efforts and achievements.

South Africa’s continued red listing is also unjustified under the framework applied by the UK’s very own Joint Biosecurity Centre (JBC), and UK Ministers’ interpretation of the data is therefore arbitrary and inconsistent.

Finally, South Africa has the great advantage of youth. Its population is young, with a median age of 27 versus 40 in the UK. This means that the proportion of its population in the equivalent of our 1-9 risk categories is much smaller. So, despite a relatively slow start in its vaccination programme – not helped by Britain and other G7 countries making only a derisory number of vaccines available to it and other developing nations – it has quickly covered much of its higher risk age groups and is now offering vaccinations to all over 18s. The vaccines used – Johnson & Johnson and Pfizer – are European Medicines Agency (EMA) approved, unlike the Sinopharm, Sinovac and Sputnik V doses that have been distributed in many countries where travel is allowed by the UK – again evidence of bewildering UK policy.

There is now a growing sense of resentment and anger at the UK’s treatment of South Africa, which risks a serious diplomatic rift. Naledi Pandor, South Africa’s Minister of International Relations and Cooperation, has accused the UK of inflicting “political punishment” by keeping her country on its red list. This is no way for Britain to treat a country with which we have such strong historic and current, social, cultural and economic links.

The data to enable a detailed evaluation of South Africa’s risk to the UK has always been available on global medical databases. This is not just a failure of UK administration; it is a failure of diplomacy. To retain any credibility in our international travel system, your Government must surely reward countries that can prove they are safe, not punish them.

The cessation of so-called ‘non-essential travel’ to South Africa may seem a modest imposition to the UK. But the UK is the single biggest overseas market for South African tourism: 440,000 British passport holders visited in 2019. Remaining on the UK red list against all logic and evidence is dire for those living and working in the country. Tourism supports 1.5 million jobs in South Africa on a direct and indirect basis. One job in tourism feeds another seven people on average, and in deprived rural communities that figure can be as high as fourteen. By cutting off tourism we are depriving many South Africans of not only an income but also an education and a future. This disproportionately impacts women, who occupy 70% of tourism jobs. By reducing life chances, Britain is undermining long-standing ties with South Africa, and Africa more broadly.

Further, your government is reneging on our Commonwealth obligations and opening the door to countries like China and Russia who would drag Africa further into their sphere of influence. This makes a mockery of your aspirations to project our power and principles abroad as ‘Global Britain’.

The damage from travel bans affects not just people, but also the planet. Africa is home to 1,100 different mammals, including the ‘Big Five’ — lion, leopard, rhino, elephant, and buffalo. Over the past 30 years the tourism industry has grown to support and sustain this unique biodiversity. Without the income tourism provides, all this is put at risk, as extractive industries like mining and agriculture come to replace the safari lodge. This is not just a tragedy for Africa, but the world. African grasslands and rainforests are carbon sinks that will be critical in the shared battle against climate change: a fight around which the UK is looking for international consensus at COP26.

The US, China and nearly all European Union countries have already recognised that the data conclusively supports reopening travel with South Africa, leaving the UK in an unscientific limbo.

I therefore urge that you immediately direct officials to remove South Africa from the red list. At the very least this should apply to all South Africa-UK travellers double-vaccinated with EMA approved vaccines.

Because the peak of the tourist season in South Africa is about to begin, I would be grateful for an urgent reply to this letter.