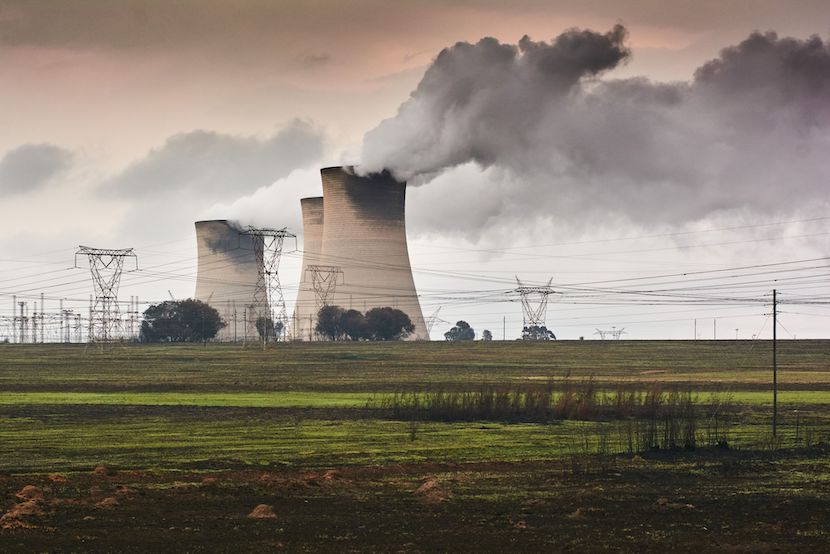 Basic homework is needed to sway public opinion and avoid losing credibility, especially when one is looking to form a coalition strong enough to wrest power away from a dysfunctional ruling party in 2024. Hopefully, the DA will get it right quickly when it comes to the energy debate because, according to the IRR’s John Kane-Berman, their shadow minister of mineral and energy resources, has just rendered himself radioactive. On the short-term use of fossil fuels and nuclear energy, Kevin Mileham is well out of step with local and global foreign practice and opinion. It’s not politically correct in opposition circles to say the incumbent minister is more sussed and on point, but that’s what Kane-Berman contends. After Ivo Vegter last week, this is yet another persuasive debunking of narrow, blinkered woke arguments, many of them in the green lobby, which fail to consider population-level consequences. When unlikely thought leaders come to Mantashe’s defence, it’s time for serious introspection… This story courtesy of the Daily Friend. – Chris Bateman

Mantashe is right, DA is wrong

Last week, Kevin Mileham, shadow minister of mineral resources and energy in the Democratic Alliance (DA) said his party would not support any expansion of South Africa’s “nuclear and coal ambitions”.

Renewables, he said, should be this country’s main source of energy “in the short term”, fossil fuels and nuclear being unsustainable and unaffordable and a “thing of the past”. The minister of mineral resources and energy, Gwede Mantashe, was “out of touch”.

But Mr Mileham is himself out of touch if he thinks fossil fuels and nuclear energy are things of the past. In the first place, as Mr Mantashe reiterated earlier this month, coal accounts for 90% of this country’s electricity generation and 30% of petroleum. It would remain the mainstay of our energy basket for the next 10 to 20 years.

Mr Mantashe opposes premature closure of this country’s coal-fired power stations, and the government’s Integrated Resource Plan for the period up to 2030 envisages the building of 1,500 megawatts (MW) of new coal capacity. The plan also envisages installing another 2,500 MW of nuclear capacity, while Koeberg’s lifespan is due to be extended for 20 years.

So much for South Africa. The second respect in which Mr Mileham is out of touch is that he overlooks global trends in investment, policy and opinion.

Last week The Economist reported that major oil companies had offloaded $44bn in fossil fuel assets since 2018 under pressure from green activists and regulators. Most of these assets ended up in the portfolios of private-equity funds: in the last two years, these funds had bought $60bn worth of oil, gas, and coal assets – a third more than they invested in renewables.

Earlier this year, the International Energy Agency reported that the amount of electricity generated from coal rose by 9% last year. Anticipating further strong demand for coal, Glencore has been buying up coal assets sold off by Rio Tinto, BHP and Anglo American.

Around the world, according to the Global Energy Monitor, there are a thousand coal-fired plants planned or under construction, 865 of them in Asia and the Pacific. India plans to increase coal production by 28% over the next 10 years. Heinrich-Boell, a green German foundation, acknowledged that the massive expansion of coal use over the past two decades had “alleviated India’s energy access problem and contributed to poverty reduction”. China has more than 100 coal-mining projects under construction.

As for nuclear energy, Germany will close its three remaining nuclear plants by the end of this year. Three of Britain’s remaining six are due to close in the next few years, although a new one is under construction. Belgium is also hastening to shut its nuclear plants. In the US, nuclear plants in California, Massachusetts and New York are being shut down.

At the same time, however, both China and Russia are among countries expanding their nuclear capacity. Moreover, in Europe nuclear energy is enjoying what The Economist describes as a “renaissance” as Eastern Europe and France “are falling back in love with reliable, low-carbon electricity from nuclear plants”.

At the end of last year, the European Commission adopted a proposal to label nuclear and gas as sustainable, subject to certain conditions. The ‘green’ seal-of-approval label would then make them eligible for investment. The proposal is being submitted for approval to the European Union’s 27 member states, 13 of which currently produce nuclear power.

Germany, of course, is hostile to nuclear power. So are countries that include Denmark, Austria and Luxembourg. But France, which generates more than 70% of its power from nuclear reactors, intends to expand nuclear energy as a means of guaranteeing that country’s energy independence and its electricity supply while achieving carbon neutrality by 2050. Last week, Emmanuel Macron announced plans to build six nuclear reactors, the first of them to come online by 2035.

The Netherlands has announced it will build two new plants. Finland, Poland, Hungary, the Czech Republic, Slovakia and Bulgaria are also part of the pro-nuclear faction in Europe.

What has prompted the rethink in Europe? Several factors. One is the energy crisis that began last year, as shortages of natural gas caused huge rises in prices. The crisis appears to have shocked Europe into what The Wall Street Journal suggests is “climate realism”. One of the causes of that crisis is the decline in wind speeds over the past few years, highlighting the precarious nature of wind power.

Nuclear is not only more reliable than wind and solar, but it also emits almost no carbons. Although gas is a fossil fuel, it is cleaner than coal. Gas and nuclear, says the EU commissioner for financial services, are much better than using dirty coal.

France is keen to invest in new small modular reactors (SMR), which can be produced in factories much more quickly and cheaply than nuclear power stations can be built. Rolls-Royce has similar plans, backed by British government investment and a small group of private investors. Poland, Turkey and the Czech Republic have expressed interest, and Rolls-Royce says the first ones could come online by the early 2030s.

China, Russia and Canada are also pursuing the idea of such SMRs. NuScale, an American company, last year signed a deal to supply six such reactors to Romania. More than 70 projects are underway in the US.

Public opinion appears to be changing. According to Michael Shellenberger, author of Apocalypse Never, public support in the US for nuclear power grew from 49% to 59% between 2018 and 2021. Among Democrats, it grew from 37% to 60%. Mr Shellenberger also noted that a YouGov poll last year showed that more than half of Germans think nuclear energy should be part of their country’s climate policy.

Deutsche Welle reported that with energy prices soaring across Europe, the timing of the German shutdown of nuclear power plants could hardly be worse. The YouGov poll had shown that around half of Germans favoured reversing the shutdown “due to the recent sharp rise in energy prices”.

This shift in German opinion is especially significant given that the green movement in that country (as in various others) grew out of antipathy towards and fear of nuclear power.