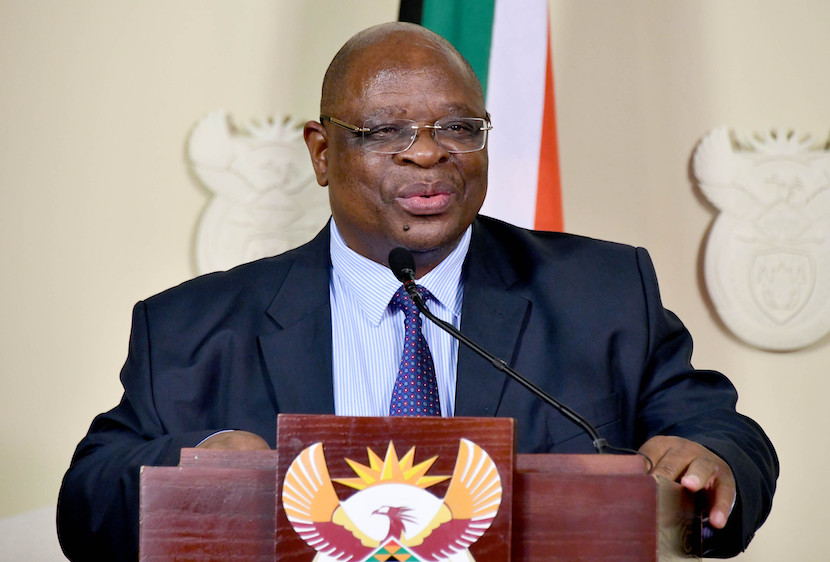 In their weekly chat, BizNews’ Michael Appel and Adv. Erin Richards discuss the recent announcement by President Cyril Ramaphosa that Raymond Zondo will take over the reins of the apex court as Chief Justice come 1 April 2022. It’s a decision that goes against the recommendation from the Judicial Service Commission (JSC) to appoint Justice Mandisa Maya to the top post. Ramaphosa, in what many interpret as seeking to show he’s not afraid to exercise his discretionary power as President, instead elevated Zondo to the position. While Richards believes Zondo’s appointment should be applauded, she’s slightly concerned by the level of executive deference Zondo showed to Ramaphosa when the President testified before him at the State Capture Inquiry. – Michael Appel

My frame of reference to all judicial appointments, unfortunately, is a political one. It has become so since all the revelations around the deployment committee. I want to take a step back to 1998 where the ANC said that its aim was to take control of all levers of state power, from the army to the police, to the bureaucracy, the parastatals and importantly for this discussion, the judiciary. For a political party to say that it wants to control the judiciary is worrying. But it becomes more worrying for this country as it witnesses the progression of the ANC from acting like a political party to acting like a criminal syndicate. So, you might expect to see an increasing desire to appoint judges who are seen to be slightly more pro executive, pro president and pro ministers.

I’m a big fan of Justice Maya. I’m not going to make a secret of the fact that I was rooting for her. Zondo is also a breath of fresh air; a constitutionalist through and through, someone who has made a significant mark in human rights, specifically in labour law. We’re grateful for the jurisprudence that emanated from that point. Generally speaking, I’m happy with the appointment of those two. It’s a strong couple.

On the JSC chief justice interviews

The JSC completely misinterpreted its constitutional function during these interviews, and we see that through the fact that they recommended a candidate, which was a step too far. At most, the JSC gives advice to the president, including appointments that are presidential prerogatives. There should not be anything purportedly prescriptive coming from the JSC.  As for Justice Zondo, I believe he was treated fairly. I don’t think he came out completely unscathed. There were serious and relevant questions that were asked regarding the view that he was very pro Ramaphosa during that commission, especially during the handling of President Ramaphosa’s evidence. I would prefer to say he displayed a kind of pro executive bias rather than a pro Ramaphosa bias.

On president Ramaphosa’s testimony before the state capture of inquiry

I did not buy into president Ramaphosa’s testimony in the slightest. I was actually confused by the narrative that as deputy president, he knew nothing and saw nothing. His own version was that he made an election to stay within the ANC to change it from within. He also said in response to some questions that, in having made that election, his plan was to identify issues of corruption and to offer resistance as was the strategy to effect change. We proceeded to see absolutely no evidence of that resistance. The whole narrative felt completely flat, and I found it very disappointing. I didn’t see it as a demonstration of accountability in the slightest; I saw it as a slap in the face to the public who were hoping for accountability, and as a political spin exercise to make sure that every possible nail was put into Zuma’s coffin. That is not to say that former President Zuma did not deserve to be thrown under the bus. Someone had to investigate and take a firm stand, and I’m glad that we’ve done that. But, there was absolutely no accountability by President Ramaphosa, notwithstanding significant effort made to spin it like that. Just because a president appears and goes and sits behind the stand in front of a whole lot of cameras, spouting political spin for two days, does not mean he is being accountable.