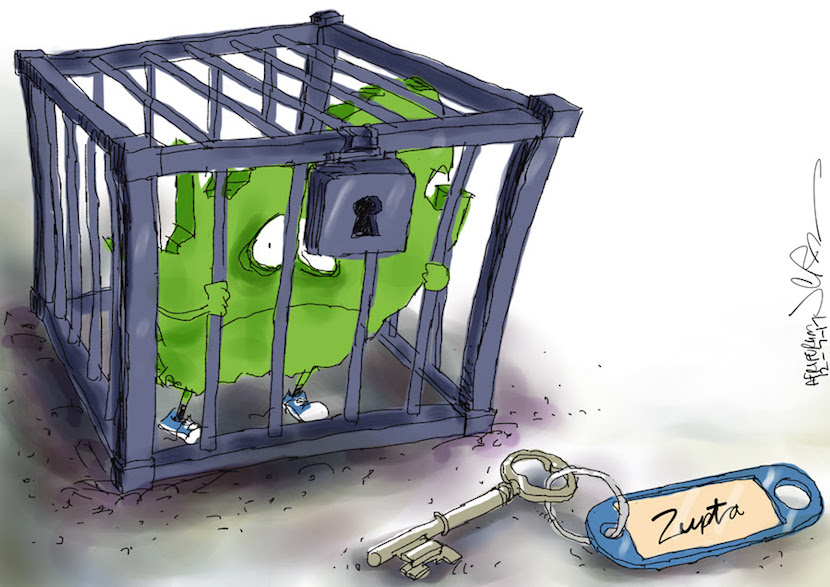 The Zondo Commission has certainly “flattened the curve” of State Capture. It is down for the count. But that was only the first wave. There are still pitfalls that could lead to its resurgence. Here are three:

First, there are the super-spreaders. Even though the NEC and even Parliament have been meeting on Zoom, there are still meetings that are hazardous to our health. For example, in Jeppes Reef in April, an ANC branch meeting was invaded by members from another branch carrying machetes. As a result of this confrontation, the long-awaited provincial conference has been postponed – again.

Second, there are new variants. Criminality is dynamic, not static. They keep inventing new scams and new crimes – from computer viruses to fake marriages. How many times can Lobola be paid for the same bride? According to tradition – only once. But these days her Lobola negotiators have heard about “recycling” and the same lady comes up for Lobola every few years. And now according to HHP’s widow, you can hold the Lobola negotiations in the morning and move in together that same afternoon! No need for the time-honoured period of “the Umkhelo” after the Lobola downpayment has been paid and before the day that her family brings her to the groom’s kraal. Fast-forward this into one and the same day.

Or here is another variation – insist that at least half the cows must be paid as a prerequisite of her moving in with the groom. Then keep the money and the bride too. Take his money and run.

Third, there is “reckless transmission”. Just as with AIDS, “Covid endangerment” is officially the crime of attempted murder. It does not have to be intentional, as in pre-meditated. It can be just “reckless”, that is irresponsible behaviour. You don’t even have to infect the other person, all you have to do to break the Law is to endanger them. But these days you don’t need a machete or even a gun – just cough on them. (Without wearing your mask or keeping at a safe distance. Murder has never been so easy!)

The risks of contracting one of these new variants are rising. But now there are vaccines to protect against State Capture too. There are several types available.

The first way to prevent a new outbreak of State Capture would be to vote the ANC out, and to vote in a coalition government, composed of all the opposition parties collaborating together to keep out the juggernaut. This October we will see how many voters choose that vaccine.

The second way forward is to vote for a person, not for a party. For the constitutional model called “proportional representation” is on the ropes. They are busy making room for independent candidates to run in the municipal elections in October. Vote for a person who will truly represent the best interests of your “riding”. Not just for a political party that will deploy its favourites to municipal councils, and tell them how to vote. This “cadre deployment” is at the root of patronage.

The third way forward is for the ruling party to get serious about the Rule of Law. Stop the gridlock that stems from “unity”. Suspend cadres who are facing criminal charges. Stop all the zigging and sagging to get cases to court. Face the consequences. Stand for something, not for everything.

The fourth way to prevent a second wave of State Capture is to rally citizens around moral regeneration and/or revival. Get them to swallow The Integrity Pledge. It is strong medicine. Spread the news about individual response. The ocean is made up of drops. Every person who chooses to leave corruption and patronage behind and to “come clean” take us a step closer to “herd immunity” against this scourge.

The fifth and last way forward is for the churches to draft and subscribe to a new “Rustenburg II” Declaration. The original Rustenburg Declaration was signed by about 97 church denominations – rallying Christians to scrap racism and apartheid once and for all. We need a new one that commits to scrapping State Capture. Conferences like this can now happen on Zoom.

We are looking forward to a new normal. The Great Reset will not happen unless there is a deep and conscious change of heart. Insanity is doing the same thing over and over and expecting different results. Without confession, contrition or repentance, we don’t “own” the problem. Rather, we play a blame-game that someone else is at fault.  Be the change that you want to see in the world.

Stop the gaslighting and take The Integrity Pledge.