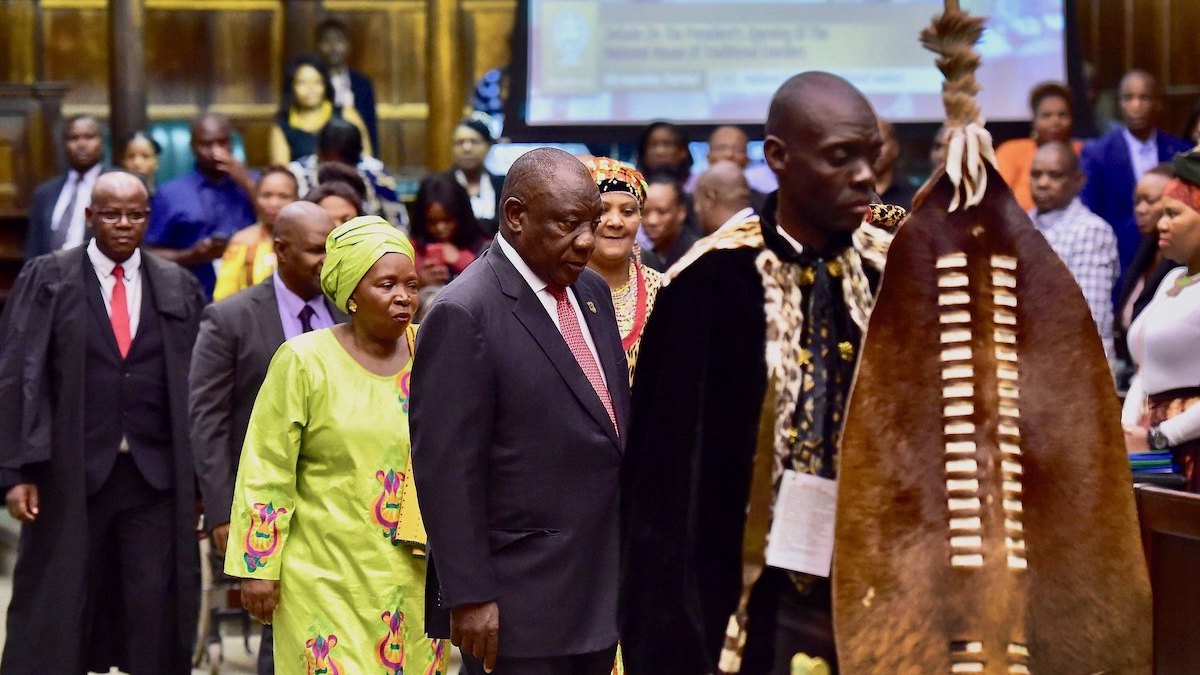 The recent festivities in England to mark the Queen’s jubilee, while a happy occasion for most Brits, raised the question of the cost of maintaining the royal family. Increasingly, ordinary people are beginning to question the luxury of maintaining such an institution. And in South Africa we have our equivalent in the form of nine recognised kings – who are maintained at the expense of taxpayers to the tune of an estimated R600mn a year. Is it time to give up on the idea of entrenched privilege based on lineage, or will South Africans always have a place in their hearts for traditional leaders? Linda van Tilburg gives us some food for thought. – Sandra Laurence

Off with their heads – not literally off course: a case for ending monarchies

For four years last week, Britain celebrated Queen Elizabeth II’s 70 years on the British throne. For her Platinum Jubilee, the British really pushed out the boat. There was the Queen’s Birthday Parade with the trooping of the colour and a RAF flypast, a royal gun salute and a service at St Paul’s Cathedral. The Queen and her family appeared on the balcony of Buckingham Palace, where the youngest, prince Louis stole the show as he screamed and clammed his hands over his ears when the Red Arrows flew past. This picture is popping up in memes all over the world. There was also the Epsom Derby race and the BBC’s Platinum Party at Buckingham Palace.

Villages all over the country had their own street parties for the event where beer and Pimm’s – a very British cocktail – flowed freely. I even manned a Pimm’s stall for two hours and it was a grand and tipsy old celebration.

For the past months, there was wild speculation about which of Queen Elizabeth II’s offspring would not grace the Buckingham Palace balcony when she appeared to greet the thousands of Brits who gathered in the streets to wish her well. Her one grandson, Prince Harry and his wife, Megan Markle, who left for America, allegedly because of the racist attitude of the British press towards her – were not on the balcony. Neither was her son Prince Andrew, who recently settled a sex assault case against a woman, who was a minor when the alleged assault took place, in the United States, and who apparently had Covid.

You have to hand it to the British monarch: she has gone through a lot. Not only because of the shenanigans of her own family. She has seen 14 prime ministers swearing allegiance to her – among them Winston Churchill, Margaret Thatcher, John Major, Tony Blair, David Cameron and Boris Johnson.

Queen Elizabeth is 96 years old – a ripe old age by any reckoning-  when most people her age would prefer a quiet life. She has been cutting ribbons, smiling at babies and keeping tabs on prime ministers since she was 27 years old. The Brits love the queen and in opinion polls she still rules, but whether there would be the same level of regard for her son, Prince Charles, is debatable.

In Britain, the home of the Westminster system of politics, the continuation of the monarchy is defended by many who say that the queen is an enduring presence in a rapid age of change; that she is a constant, a calm presence. That may be true, but for anybody who believes in democracy and egalitarianism, it is absurd that one family inherits such mountains of wealth and attracts such privilege.

Which brings me to our own version of the British royal family, the traditional leaders of South Africa. We have nine recognised kings in the country. Let that sink in… nine! That ‘s the number Mlungisi Mtshali, Cooperative Governance and Traditional Affairs spokesperson, quoted to Radio 702’s Clement Manyathela last week. These kings are paid R1,239m each annually and money is also allocated for ‘fringe benefits’ or  so-called ‘tools of trade,’ which varies from province to province. This is not where it ends. There are principal traditional leaders, senior traditional leaders and below that, headmen and headwomen who are all paid salaries. Manyathela could not give a final figure of what the total cost is to the fiscus, but it is around R600mn a year.

Reports of lavish lifestyles with private jets, luxury cars and the news that AmaZulu King Misuzulu kaZwelithini’s prefers to live in the house of an ANC benefactor and not his palace doesn’t help taxpayers feel they are getting value for their money. The role of traditional leaders is recognised in our Constitution as part of the deal struck at the World Trade Centre in Kempton Park in the 1990s. It was only when the negotiating parties agreed on their role that the IFP-leader at that time, Mangosuthu Buthelezi, eventually accepted the settlement and opened the way for the country’s first democratic elections to proceed.

The problem with traditional leaders is that they are not elected and do not have to account for the money they spend. But as the ANC’s support dwindles in urban areas and the rural vote becomes more important, it is unlikely that the ruling party will do anything to change the status quo.

As the British monarchy seems destined to remain, so South African governments will probably continue to pay their traditional leaders. Even criticism of the system is likely to be labelled anti-SA culture. But there is no denying that telling citizens there is a plethora of leaders that have more rights than them, with absolutely no way of holding them accountable, or getting rid of them, is against all the established principles of democracy: including equality, accountability, transparency and a voice in charting the course of their future.

If traditional leaders claim to be important for the people over which they rule, they should be made to be accountable, transparent and elected, not appointed to rule over their citizens, just because of some ancient birthright. Is there still a place in modern society for traditional leaders and monarchs? Or is time to draw a line under this ancient rule and call time on the principle that some are more equal than others?