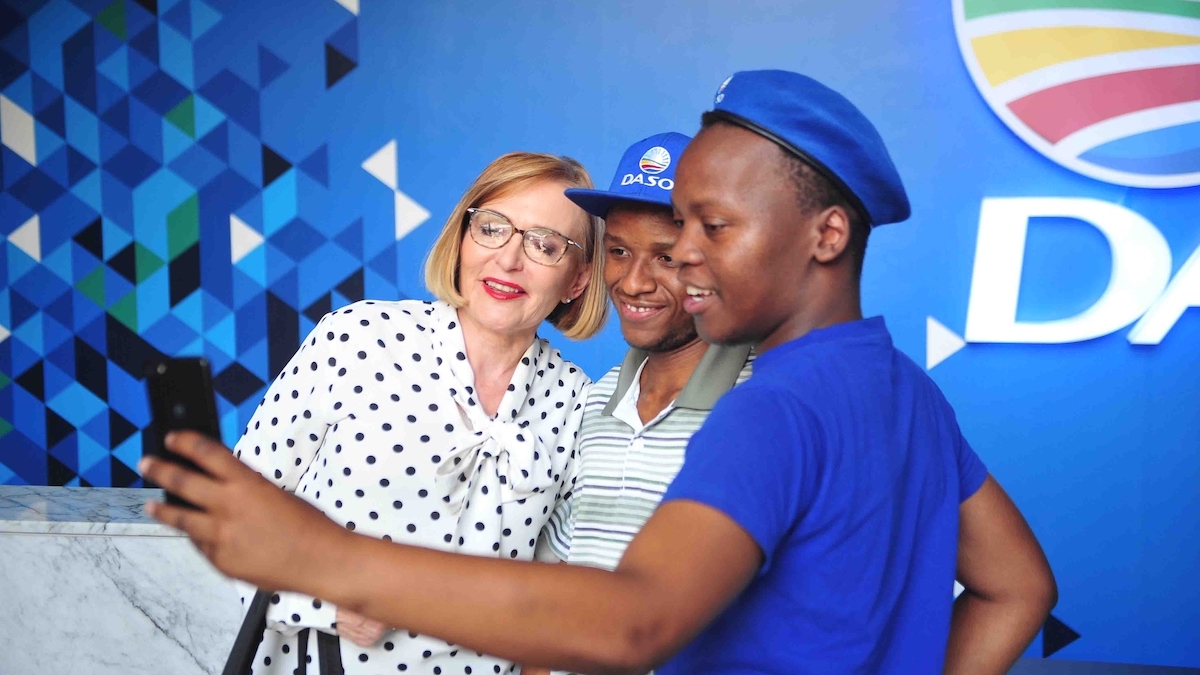 The Iron Lady of SA politics, Helen Zille, has sounded a warning against the growing blind optimism of South Africa’s post-ANC rule – ie, what awaits after the 2024 national election, when it’s posited that the ANC is likely to lose control of a parliament it has governed for 28 years. While Zille says the DA is working hard to bring the ANC to well under 50% of the national vote, she warns that this on its own is not a panacea. She says the experience in Nelson Mandela Bay, where nine tiny parties hold the balance of power, is a warning. In this wide-ranging interview with Alec Hogg of BizNews, Zille also discusses recent by-election results; Dr Frans Cronje’s insights into how opposition parties could recruit disaffected ANC voters, and the UK’s three-year ban on Bain and Co over its role in state capture in South Africa,

True to form, Zille spoke with a level of clarity and candour that has become her trademark and, over time, divided South Africans into those that either love or hate the Iron Lady of South Africa. We took to social media to see what BizNews community members had to say about Helen Zille’s opinion.

Zille – a beacon of true political character and leadership

Many community members applauded Zille for her deep knowledge and logical approach to political realities.

Dusty-Lynn Bristol said; “Helen Zille articulates South African politics brilliantly 👏 she is so dedicated to South Africa and I hope her deep knowledge and experience helps us through this next chapter of coalitions”

Tanya Edwards said; “Zille has been one of the most stalwart politicians this country has had,  brushing off the ludicrous claims against her when she speaks the truth, and all the while, wanting the best for ALL citizens of this country.”

Bill Hartley said; “Hellen Zille is solid as a rock!”

Several community members’ comments focused on the UK’s three year ban on Bain and Co over its role in South African State Capture.

Basil Richard said; “Romney is so quiet about his former employer Bain …..Romney is a disgrace to American politics.”

Wellinever said; “Helen signed or assisted in getting SA the Magnitsky Act, why is this not being applied to the Bain capture?”

“The ANC won’t go down without a dirty fight”

There seemed to be concern around the DA’s ability to gain power in the upcoming elections, with a large number of community members voicing the ANC’s likelihood of maintaining its place as the leading party. There seems to be a divide amongst our community members when it comes to the preferred leading party. While the DA maintains support, this is countered by a rising distrust in the party.

Madimetja Mahlatse said; “DA will fail to gain over 23 percent in 2024.

The most likely outcome for South Africa is the ANC at 45 percent going into coalition with inkatha or patriotic alliance and other smaller parties.”

Krokodil Botha said; “The ANC will in all likelihood resume the armed struggle if they lose power nationally & it will not take many cadres to render the country ungovernable.”

Stan Phipps said; “Zille speaks with the weight of common sense. However I have much doubt of the ANC being out of power in 2024, no matter how much sense it makes.”

Herman Hanson said; “In both these outcomes, I will be surprised if the ANC gets more than 30%”. Maybe in the WC, but elsewhere, like ZANU PF in Zim, the ANC is pretty well entrenched having many, many cadre deployees on the voters roll as well as the patronage of grants, tenders and the lie that the ANC will dismantle the grants and bring back apartheid, playing the race card at every opportunity. Finally, the ANC controls the ballot box so I don’t think we should expect too much, despite the DA’s best (not perfect) efforts.”

Patric van Blerk said; “Coalitions. Forget it. A bunch of disorderly, very greedy loudmouths in the main. Yes of course there are many passionate South Africans who will do what little they can to rectify things – but they are powerless – and leaderless. Muttering at their vanishing dinner tables.”

The DA – not a trustworthy alternative

Tinus said; “We don’t know which ANC is going to pitch up at the election in 2024. Their elective conference later this year may give us clues. I believe the party unity that CR has tried to forge (and sold his soul and principles for), is largely a myth now.”

Ntsikei Gomza indicated his lack of faith in any existing political party in SA, saying; “The fact remains, DA, ANC, EFF and other political parties are definitely NOT the right vehicle to take our country and the rest of Africa.” “The current ilk of SA Politicians must retire, including Hellen Zille,” he added.

You tell them, Zille!

An overwhelming majority of comments reflected very real respect for Zille and an appreciation that South Africa is home to a politician of her calibre.

Toni Tappous applauded Zille, commenting; “Brilliant analysis and words of wisdom from Helen Zille. SA is very lucky to have a person of such outstanding quality, capability and experience, working tirelessly day and night to fix our broken country to set it back on the path of prosperity and good fortune once again!!”

“Helen Zille is – right now – the only person who can stave off chaos and destruction in South Africa.,” said Patric van Blerk. “The train-smash is happening as we speak – and could burst into flames. We have to put the fire out, pick up the pieces and get back on the tracks again. Helen Zille could facilitate and lead this.”