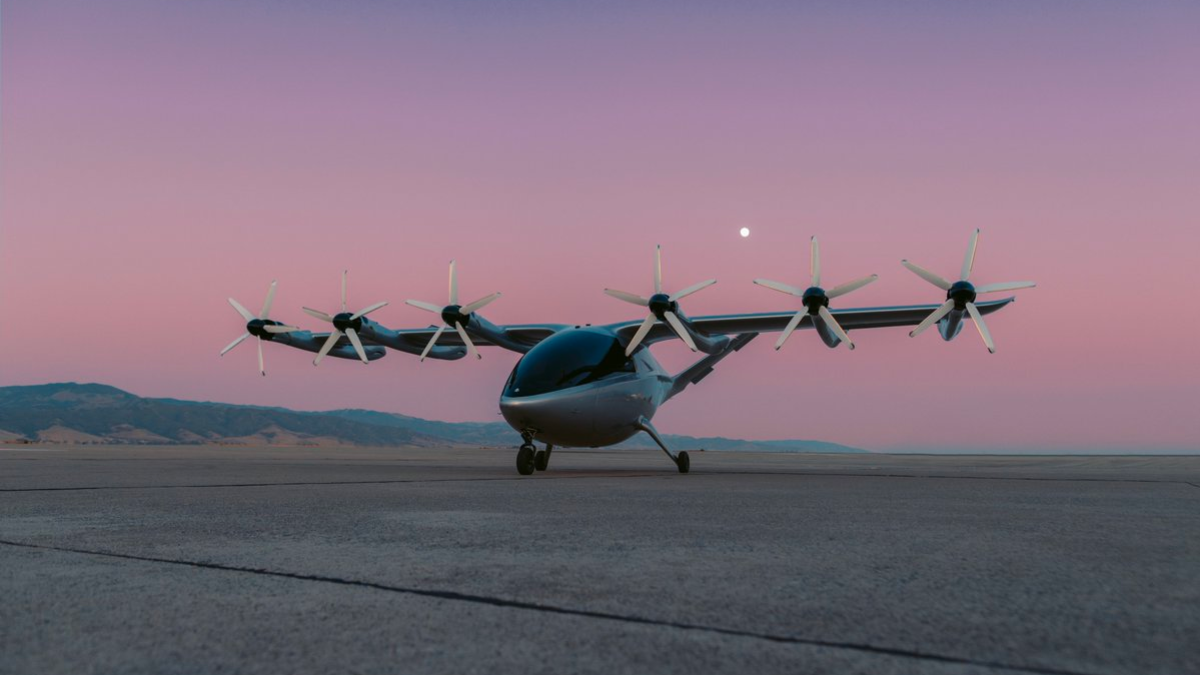 As we watch what seems to be the death of combustion engine motor vehicles in favour of electric vehicles, driven by companies such as Tesla and Rivian, even more revolutionary changes are in the offing with the mass production and promotion of electric vehicles from established automotive companies such as VW and Toyota. We can expect to see a greater number of electric vehicles in the near future. But perhaps what wasn’t expected is flying taxis; and even more extraordinary, these avian machines to be propelled by electric energy. This new industry is literally taking off, with United Airlines putting down a $100m deposit for a fleet of flying taxis from Archer Aviation, paving the runway for a new mode of transport. But like any new sector, the industry faces many challenges, from making the aircraft quiet enough to fly around cities to legal disputes between companies in the industry. More in this article from The Wall Street Journal. – Ross Sinclair

By Alison Sider and Micah Maidenberg

United Airlines Holdings has paid a $10 million deposit for 100 electric flying taxis, a sign that the airline is growing more confident in the nascent technology.

United and a regional airline it partners with last year invested in Archer Aviation and struck a preliminary agreement to buy up to 200 of the flying taxis that the San Francisco Bay Area-based company is developing. Other airlines and leasing companies have announced their own investments in flying-taxi startups and preliminary orders. But the aircraft haven’t yet been approved by regulators to fly passengers, and customers generally haven’t had to put down cash.

The aircraft being developed by Archer and its rivals take off and land vertically like helicopters. Airlines hope that they will be able to zip customers around cities, whisking them over congested highways to and from hub airports while reducing carbon emissions for such journeys.

United and Archer said United will be the launch customer for the four-passenger aircraft Archer is working on—the latest indication that traditional airlines see a place for the new technology in their businesses as they face pressure to find ways to reduce their carbon footprint.

Electric-flying-taxi companies have been developing and testing vehicles, but need to secure approval from regulators before they or customers that purchase the aircraft launch commercial service. In the U.S., the Federal Aviation Administration has been examining aircraft, working on pilot requirements and looking into how to integrate planned vehicles into the airspace.

Leaders at the agency have said the FAA is committed to meeting timelines that would allow at least some companies to gain certification for their vehicles as early as 2024. Archer expects to gain certification by the end of that year and start commercial operations afterward, Chief Executive Adam Goldstein said.

The company’s technology, funding, and the regulatory framework for the industry have matured to the point that customers like United are ready to lock in orders, according to Mr. Goldstein.

Archer, Vertical and a number of other startups pursued stock-market listings over the past two years as investors poured billions of dollars into the sector. Many listed through blank-check companies known as SPACs, but most are trading well below their offer price. Archer’s shares are down by over 50% since its listing in September.

Archer is also embroiled in a legal dispute with Wisk Aero LLC, a rival electric-air-taxi company that counts Boeing Co. as an investor. Wisk sued Archer last year, claiming the company copied its design—misappropriating its trade secrets and infringing on its patents.

Archer has denied the claims and filed certain counterclaims, accusing Wisk of making false statements to damage its reputation and interfere in its business. Archer has also brought a lawsuit against Boeing.

A trial in federal court about Wisk’s suit and Archer’s counterclaims is scheduled for next August.

Electric-air-taxi companies also face challenges ensuring they have areas on the ground for takeoffs and landings, and related to battery packs that power the vehicles.

Michael Leskinen, president of United’s venture-capital fund for early-stage technologies, said United has grown more assured in the past year-and-a-half since its initial investment, both that Archer has been able to raise enough money, and in the direction the technology is heading for things like batteries for the aircraft.

United is starting to make more concrete plans about where it will deploy its new flying taxis and will likely announce routes in the coming months, Mr. Leskinen said. United initially plans to use the aircraft in one or two of the congested cities where it has airport hubs, though it hasn’t yet determined which ones.

Prices will be comparable to Uber Black service, Mr. Leskinen said, where a trip from Manhattan to a New York airport might cost in the range of $110 to $120, though Mr. Leskinen said that could come down over time. Trips on the electric flying taxis will compete with airport trips in cars and ride-share services, he said.