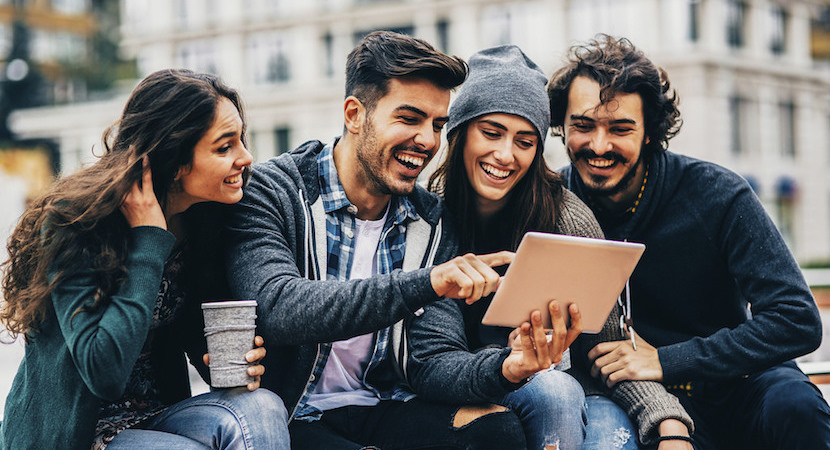 It is no secret that our lives are much easier today than 100 years ago. Yet, mental illnesses such as anxiety disorder and depression are on the rise, and drastically. Nicole Wills asks the question of whether this millennial generation is perhaps less resilient. Or do we need to dig deeper to understand the concept of resilience in the context of The Great War. In contrast to some of today’s key contributing factors to mental illness – such as social media pressure, increased performance pressures or the breakdown of the family unit – young people’s lives at the beginning of last century were moulded and defined by war. Soldiers often returned from the fields enduring numerous physical ailments (mute, blind, deaf, paralysis and an inability to eat or sleep) with no apparent physical cause. Unlike the level of attention bestowed on these symptoms and behaviours today, the soldiers were charged with cowardice, being AWOL and subjected to solitary confinement, electric shock treatment, shamed or simply shot dead. However,  Alexandra Watson’s study tells us that the move towards sacrificial ideology gave young soldiers a sense of nobility about fighting for something ‘bigger than them’. What the millennial generation needs is a why – a meaning and purpose for which to live. As Nietzsche maintained: “He who has a why to live for, can bear almost any how.” This article first appeared on FirstRand Perspectives. – Sharidyn Rogers

Dreams that drip with murder

In contrast to the “ghastly mental health issues” afflicting the millennial generation, a little over 100 years ago, 60 million young peoples’ lives were moulded and defined by a world at war. 9 million died.

The average age was 24, soldiers spanning the ages of 19- 30+. Those who were younger had lied about their age in order to be conscripted.

They lived in trenches witnessing unimaginable horrors, without knowing how long they would be there or if they would even survive. The average life expectancy was 6 weeks.

Was this generation more resilient a little over 100 years ago? Or do we need to dig a little deeper to understand the concept of resilience in the context of “The Great War”

The term shellshock was coined in 1917 by medical officer Charles Myers, who saw soldiers returning from the fields suffering from many kinds of physical ailments without any seeming physical cause. Mute, blind, deaf, paralysis and an inability to eat or sleep.

At first it was thought that this was possible damage to nerves after having been exposed to heavy bombardment, it was called “war neurosis” and “combat stress”. It is now known as Post Traumatic Stress Disorder (PTSD).

Siegfried Sassoon, describes the psychological pain of shell shock in his poem Survivors. He writes of soldiers with “dreams that drip with murder” and their “stammering, disconnected talk”.

These symptoms and behaviours were not treated with the level of concern that we see bestowed on the anguished snowflakes.

Those soldiers who didn’t commit suicide were charged with cowardice, being AWOL and sent to solitary confinement, given electric shock treatment, shamed or simply shot dead.

In the previous article, we placed much responsibility on the behaviour of the parents of the Millennials and the role they have played in their children’s seeming inability to manage the demands of adulthood.

In contrast, there was little or no mainstream awareness of parenting as a skill at the turn of the 20th century. The concepts of emotional awareness and intelligence were then the jurisdiction of academia.

The concepts of compassion, joy, peace, self-esteem, self-worth and equanimity were simply not part of the discourse. But neither was the concept of entitlement.

Life seemed to focus on Maslow’s lower levels, children were seen and not heard.

Reports suggest that the overwhelming response to the war’s volunteer conscription campaign of 1916, some younger than 16 years old, was partly because the war offered an escape of sorts from their difficult and dreary lives, and that they would get more regular meals in the military.

Many years before the positive thinking, self-help movement and before Eastern philosophy and its concept of “self” emerged in Western psychology, there was Sacrificial Ideology.

The sense of nobility about fighting for king and country. Words like valour, honour and sacrifice told these young men that they were fighting as guarantors of the sovereignty of the British Empire.

The Boy Scout movement played a significant role in engendering the ideology in young men, teaching of Britain’s illustrious past and of her empire and the noble place in which she belonged in the world.

Alexander Watson’s study titled: “Enduring the Great War: Combat, Morale and Collapse in the German and British Armies 1914-1918” tells us that “Sacrificial Ideology and sacrificial willingness were inextricably linked to the outcome of the First World War”

There was a purpose and a meaning that was “bigger than them” preserving and protecting the might of Britain provided an inspiration and hope for their future, it provided purpose and mental strength, it contributed to a sense of camaraderie – that together they were fighting for the same purpose.

Viktor Frankl, Austrian neurologist, psychiatrist and Holocaust survivor said: “What man actually needs is not a tensionless state but rather the striving and struggling for some goal worthy of him. What he needs is not the discharge of tension at any cost, but the call of a potential meaning waiting to be fulfilled by him.”

His book, “Man’s Search for Meaning” and his many essays tell the story of how he survived his Holocaust experiences by finding personal meaning which gave him the will to live through it. He tells of how he learned to control his thoughts and to think of his wife and family during the darkest of times. His thoughts and beliefs helped him to survive.

Humans need a ‘why’

Meaning and purpose are the opposites of hopelessness and futility. Whether we agree or not, the concept of ideology, of purpose, king and country, nationalism, independence, stoicism provide reasons for resilience – to fight for something bigger than you.

It is an overarching ideology to which one must feel personal attachment, and from there comes a sense of purpose and meaning.

For the millennial generation – what is their why?

It may be social causes, gender and race equality or global warming, and perhaps the pervasiveness of media in this generation contributes to a feeling that these issues are too big for them and they then feel powerless and helpless. This writer proposes that snowflakes need a credible why, a why which provides the will to meaning.

“He who has a Why to live for can bear almost any How.” — Nietzsche