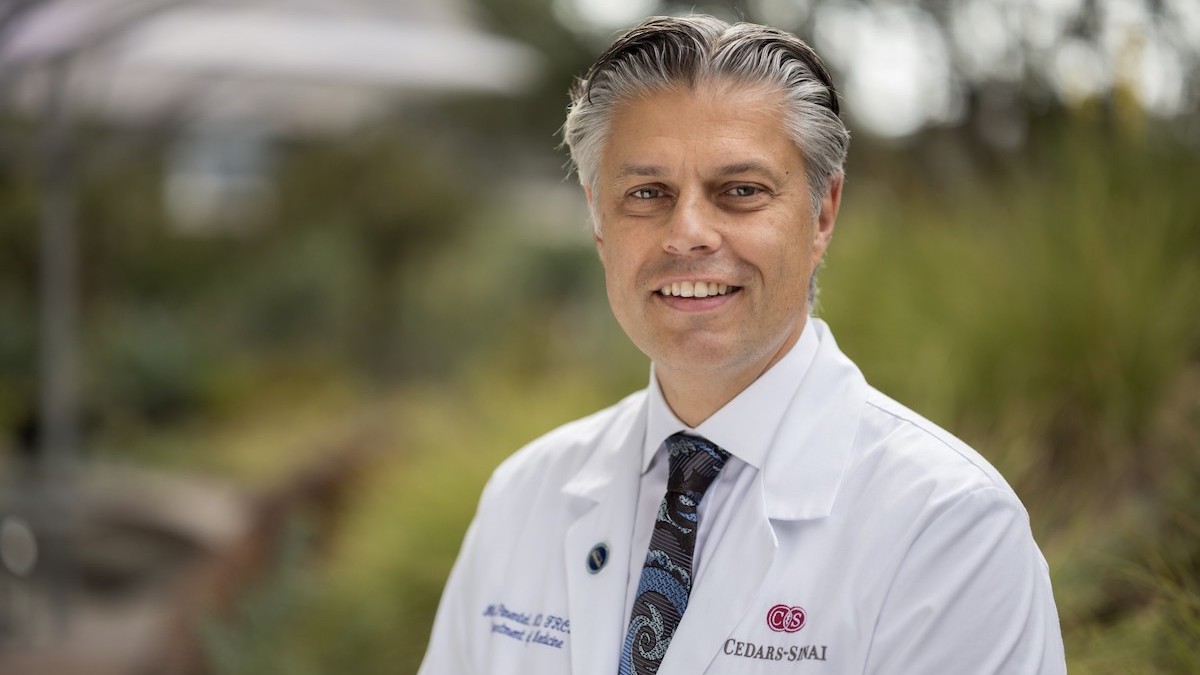 BizNews spoke to Dr Mark Pimentel, a gastroenterologist at Cedars-Sinai Medical Centre in Los Angeles, California, about irritable bowel syndrome (IBS), a disorder which has gained a reputation as a default ‘leftover’ diagnosis due to the medical fraternity’s inability to conclusively define or diagnose the condition. Pimentel, who created a test capable of conclusively diagnosing IBS caused by food poisoning, shared invaluable insight into his work. Spoiler alert: IBS is not, as previously defined by doctors, a psychosomatic condition. It is a bacterial disorder, the discovery of which has elevated the landscape of IBS and its treatment. – Nadya Swart

Well, first of all, irritable bowel syndrome affects almost 1 billion people worldwide. So this is not a rare condition by any means. It’s the most common gastrointestinal disorder in the world. In the 1990s and before, there was this impression that IBS was due to a psychological problem or stress or anxiety, and because there was no biomarker, there was no understanding of the true cause of IBS. You’re right, it was the leftovers. So you would look for Crohn’s disease, which is a real condition. You would look for coeliac disease, which is a real condition, and then IBS would be left over and you’d say; Well, it must be IBS, which is not a real condition because there’s nothing we know that causes it. So that’s the 1980s, but we’re now in 2022. We have blood tests for IBS. It’s caused by food poisoning. It’s a real disease that we didn’t have before.

Medical doctors have a tradition that when we don’t understand a condition, we say it’s due to stress or anxiety. Let’s rewind to the early 1970s, 1960s. If you had a heart attack, you’d end up in the hospital for a month and now you don’t end up in the hospital for a month, but you can’t walk. You can’t do anything. You’re the CEO of a company. You have to quit because the stress is killing you. No, but it actually turns out it was the steakhouses, the alcohol and the smoking that was killing you, not the stressful CEO position. So I think we’re always attributing stress when we don’t understand the nature of a condition. And that’s where we got into a trap. Now, stress does affect the bowel. We all know this. When we’re under extreme stress, we might have butterflies or maybe even loose bowel movements just for that day. But it’s not a chronic condition.

I think the low fodmap diet challenges this a little bit. IBS is due to the bacteria in your gut as part of the story. Because the more you ferment in the gut, the more gas and bloating you produce, and the more symptoms you have of irritable bowel syndrome. I probably should say what IBS is. I should know. Irritable bowel syndrome is a chronic medical condition of the digestive system, where you have abdominal discomfort and pain, either diarrhoea or constipation or both. Usually it’s fluctuating day by day and bloating after meals. And that’s the typical irritable bowel syndrome. But back to the low fodmap diet. If you restrict calories to the diet, to the bowel, you restrict calories to the bacteria. Less fermentation and fewer symptoms.

I think what I was always impressed with is that all IBS patients have bloating. And they literally would come to the office distended. So how do you get distended with gas if it wasn’t produced there? And we know that bacteria in the gut produce a lot of that gas and therefore bloating. So we began to explore that. And I can tell you that it’s not an easy task to take a disease that was thought to be psychosomatic and suddenly teach people microbiology. This is a microbiological condition. But if you fast forward now to 2022, I think it’s extremely well understood that IBS, probably the majority of IBS, is a microbiome condition. And we’ve done a lot to contribute to that evolution and this disease.

A lot of it has to do with cost. A lot of it has to do with the distribution of Rifaximin, for example, in Europe. Rifaximin is not EMA approved for IBS. The company never sought that. So I can give you an example. In the US, once it was FDA approved, the US converted completely to the notion that IBS was a microbiome condition. More recently, Rifaximin was approved in Canada and all of a sudden they’re converting to a microbiome approach to IBS. Europe hasn’t approved Rifaximin for IBS yet, and a lot of other parts of the world haven’t either. And Rifaximin is generally more expensive than an antidepressant or a tricyclic. I’m a Canadian, so I’m very familiar with socialised medicine, and socialised medicine is a cost system – you want to use the lowest cost medication first. People tend to gravitate towards the old medications of the nineties, which are very inexpensive.