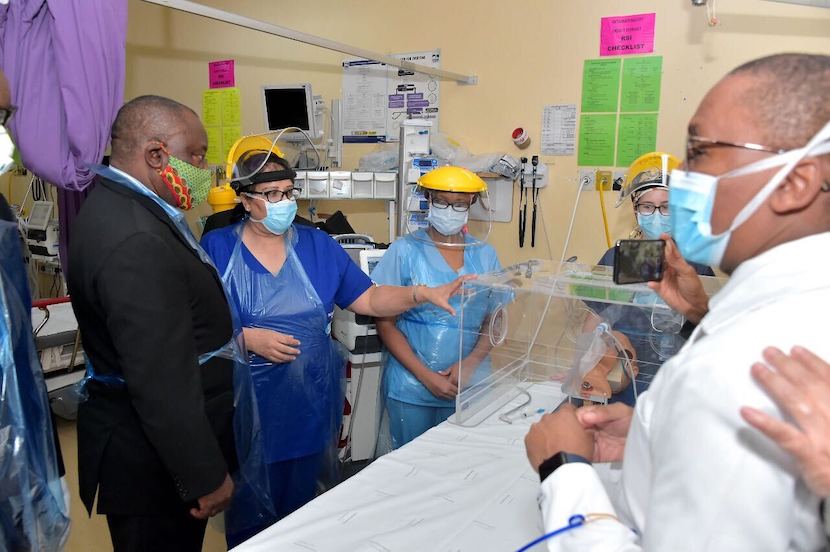 This is a rational, data-based look at the Covid-19 numbers, using a sensible measurement tool that should help remove the sting and fear induced by the daily diet we’re fed of absolute numbers of increasing infections. Important for those of us in the Western Cape, especially the immune-compromised and/or those who need life-saving operations for conditions that had nothing to do with the Coronavirus initially. We’re fretting that the ICUs and high-care wards will be inundated with Covid-19 patients, with operating theatres converted into make-shift ICUs, putting us on the backburner because of infection risk. The message from this retired actuary is that although the Western Cape numbers having risen from 2 500 per day to 4 000 per day, a huge testing push is responsible for the surge. Yes, the province’s absolute levels of positivity ratios (to testing), are higher than the rest of South Africa, but the levels are not increasing – there may in fact be a slight decline since lockdown provisions were relaxed. South Africa has 2,8% of cases to tests and a 1,7% mortality, great in comparison to other countries. Detection allows management. De Klerk also believes that for township people, the ‘forced distancing’ of lockdown has little benefit over voluntary distancing. – Chris Bateman

In his address to the nation last Wednesday, President Cyril Ramaphosa made the following comment: “The percentage of cases identified out of  all tests conducted-what is known as the positivity ratio-has remained low and stable.”

I like his terminology-“positivity ratio”-and will use this in future to describe the core concept underlying my analyses.

To repeat from an earlier Biznews report:

“The rationale for looking at a ratio of positives to total tests is based on the  assumption that the organisations looking for cases (Screeners, medics, testers etc) are highly motivated to find as many positive cases as possible – in order to isolate/quarantine carriers so as to slow the spread of the disease through the country. Their “percentage success” in finding cases could therefore be regarded as a rough measure of infection rates in the populations. Assuming testing protocols are kept roughly the same, the trend of this metric over time can give an indication of a worsening or improving situation.”

For certain countries numbers of tests are not regularly or reliably submitted to worldometers who collate all the data. Columns A and B in Table 1 may therefore not be totally reliable. I think deaths and positive cases found are much more reliably reported. For South Africa I have no reason to suspect the reliability of cases, tests or deaths. Except for yesterday, 16th May, the new positive tests submitted for the Western Cape (921) exceed the total new positive tests submitted for South Africa (831) !!

This “error” should not affect this analysis too materially though.

Most countries focus on absolute numbers rather than positivity ratios and that’s why a rapid spread of the virus in Russia has been repeatedly reported in the news during the last week. But they have also been testing about 200 000 people a day and their positivity ratio is still only about 4%. Their cumulative deaths per cumulative positive cases are also very low at 2.8%.

So I think it is essential to take numbers of tests into account and don’t know why other countries don’t do so. At least the World Health Organisation does also use positivity ratios.

The results cover about 80% of all countries’ cases and deaths.

Looking at Table I and particularly at the African countries, one sees that both the positivity ratios and the deaths per positive cases are very low. Likewise for certain Asian countries. I find it hard to believe that all these countries would just be under-reporting to the extent that their figures simply cannot be believed-although that is obviously possible.

If the figures are at least reasonably credible, then there seems to be some correlation between virus effects and first/third world country status. Perhaps more likely is that the hot/cold climates play a big role.

Switching now to Table 2 and looking at the Western Cape separately, an interesting fact emerges. Although the absolute levels of the positivity ratios are much higher than in the rest of South Africa, their levels are certainly not increasing and there may in fact be a slight decline since the lockdown provisions were relaxed from level 5 to level 4 (See column B in the table). This shows, daily, the running 7 day averages of the positivity ratios commencing for the period 2nd to 9th May up to the period 9th to 16th May. I would think that if the relaxation to level 4 was to have had any material effect it would have shown up by now? For the rest of South Africa the 7 day averages have increased very slightly but are still at incredibly low levels.

If one looked only at the actual daily numbers of new positive cases for the Western Cape, one would form a completely different opinion. One would probably conclude that the virus was spreading very rapidly. All that has really happened is that the number of daily tests has increased very significantly. From an average of about 2,500 per day to about 4,000 per day. If that didn’t result in a large (but proportionate) increase in positive cases found (About 60%) it would surely mean the population infection rate was declining.

On this basis it appears to me that the infection rate has not increased (perhaps decreased slightly) since the lockdown was slightly relaxed on 1 May.

Using this measure in future, to monitor (on a daily basis) the positivity rates in the Western Cape, would provide useful information regarding the advisability of relaxing further to level 3 at the end of the month-and then again to the next level if this measure shows no increase in infection rates (or preferably a reduction).

I personally am not too surprised at these “results”. I really doubt whether a “hard” or softer lockdown in the townships can make much difference. After all, a lockdown is the extreme form of social distancing and, for many people living in such cramped conditions, “forced distancing” probably has little or no benefit over “voluntary distancing”.

Our earlier HIV virus “epidemic” was similar. Those who were careful and took appropriate precautions avoided infection. I believe Covid-19 should be looked at in the same way.

Countries like China and New Zealand seem “obsessed” with removing every last infection from their populations. And then what? No more interaction with rest of the world?? What about Business travel? Educational travel? Tourism? International sport etc.

More and more specialists seem to be predicting that this virus is “here to stay”, with or without a vaccine. Like the normal flu virus. Many people avoid that virus with healthy living and reasonable personal precautions and maybe that is the future with Covid-19 as well?