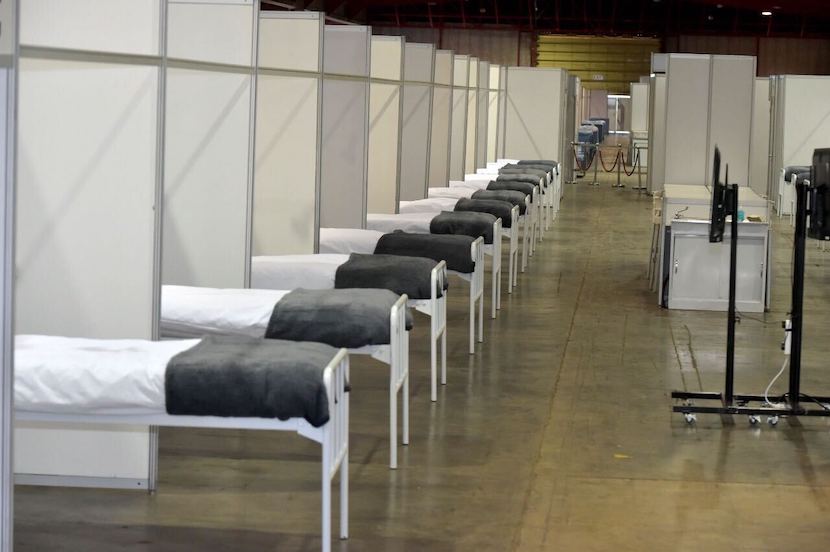 Retired actuary Dave de Klerk has been keeping a beady eye on South Africa’s Covid-19 figures. In this column, he looks at the country’s positivity ratio, and at the number of excess deaths. The good news is that the rate of positive Covid-19 tests in the Western Cape is falling, and it may have peaked for the rest of the country. The bad news is that it is probable that well over 10 000 people will die of the disease in South Africa. What’s interesting is that research indicates a large number of additional deaths (not classified as Covid-caused) during the past few months. De Klerk theorises that this may be due to people being unable to access medical care for conditions other than Covid-19. And on a practical level, he reckons that the risk of infection from infected surfaces is very low. – Renee Moodie

From Table 1 (below) it is clear that the positivity ratio in the Western Cape is continuing to fall. From a seven day rolling average of nearly 36% five weeks ago to about 20% now. For the rest of South Africa the positivity ratio may also have peaked at about 27%. For the past two weeks the Western Cape has had a ratio below that of the rest of South Africa for the first time.

The mortality rate for the country as a whole remains low at 1.6% of positive cases but it is now clear that well over 10 000 people will ultimately die of Covid-19 in South Africa.

A report on “surplus mortality” from natural causes in South Africa was recently released. The research is totally credible and indicates a large number of additional deaths (not classified as Covid-caused) during the past few months. Interestingly the same phenomenon seems to have occurred in many other countries at the peaks of their epidemics. But in South Africa the extra deaths (over and above a normal year’s projected deaths) is a much bigger multiple of the reported Covid-19 deaths than in the other countries.

I believe South Africa’s collection and reporting system for Covid data has been very good. (In some of my earlier reports I had to exclude countries like Brazil, Spain and France because of obviously incomplete data) but ours has always looked consistent.

Our authorities would certainly have no motive to deliberately understate the deaths.

With the sometimes rather draconian lockdown regulations an overstatement rather an understatement of deaths would make more sense!!

So the “allocation” of the big difference between expected deaths and actual deaths must arise from the causes recorded on the death certificates by the numerous (independent) medical personnel completing the certificates.

In some cases the doctor may have recorded the wrong cause of death -particularly where a Covid test had not been done and an assumption was made.

Another explanation could be that with the extensive co-morbidities, particularly among our poorer populations, and with the restricted treatment (and possibly medication as well) accessible to them while the already strained resources in their areas were predominantly focused on the Covid pandemic, necessary medical treatment was not sought or simply not available. The fear of catching the virus in hospitals and clinics may also have persuaded many people to “rather take their chances” with their diabetes, HIV or TB rather than risk getting infected at a clinic ?

A further explanation could be the earlier prediction made by the “Panda group” that “many more deaths could be caused by the lockdown – and its negative effects on the economy – than by the pandemic itself.”

But certainly deaths related to the pandemic, even if not directly caused by a Covid infection, are a multiple of the Covid-caused deaths reported.

Possibly further research needs to be done and some earlier deaths re-classified as was done in both China and the UK, months after the deaths had occurred.

My starting point here was the hypothesis that education (particularly in science and mathematics) and a better understanding of the pandemic, might lead to more rational and preventative behaviour. Furthermore that “overweight bodies” might be an easily quantifiable proxy for co-morbidities, which we know are associated with higher Covid mortality risks. Finally that self-discipline does improve the outcome in both the PISA tests and the “care of the body” and should also help in preventing infection from Covid. The average life expectancies shown might be seen as a proxy for the general health status in the different countries – although mortality and therefore life expectancy is indirectly correlated with income levels and this should therefore also be taken into account.

If on now looks at the figures in Table 2, China, Singapore, Japan and South Korea all feature near the top of the PISA tests, have extremely low obesity percentages, low average BMIs and, with the exception of China, they enjoy three of the highest life expectancies. Furthermore if one takes into account that China’s GDP (PPP) per capita is extremely low compared to all the other countries shown in this table (less than 30% of the US figure, for example) one would expect it to have a significantly lower average life expectancy in any event.

At the other end of the table is the USA, which is only 25th in its performance in the maths, science and reading tests (37th in maths only!) , having 36% of its population obese, an average BMI of 28.8 and average life expectancy of 5 years less than the top  countries in the table.

Looking again at the above 4 countries,  their deaths from Covid per million population, are only 3, 5, 8 and 6 compared to the US’s 477 (and still climbing rapidly!).

Looking at three other countries in the table, viz Macao, Hong Hong and Taiwan (where their Covid deaths per million population are nil!, 4 and 0.3 respectively) the same correlations may apply if the missing data were available.

New Zealand and Australia have high levels of obesity but have experienced very low Covid mortality. Possibly the good management of the virus in these two countries contributed significantly?

Good management of the virus in Estonia, Finland, Poland, Slovenia, Denmark, Germany, Norway and the Czech Republic may also have played some role.

One knows that Sweden mis-managed the virus and that probably explains why their death rates per million population were 5 to 10 times those of their Scandinavian neighbours.

The UK has the second worst death rate per million and also one of the highest obesity rates and ranks only 14th on the PISA scale (17th for maths).

I couldn’t find data for South Africa for our PISA ranking (if we even do it?) but would expect us to look bad on most of these metrics.

There must be other factors (which are still being looked for!) which cause different countries to experience vastly different Covid-19 outcomes, but the variables used in Table 2 do seem to have some influence.

Mode of transmission and resurgence of infection in certain countries.

From general reasoning I believe the risk of infection from infected surfaces is very low. It is possible but unlikely because it needs a combination of circumstances each, individually, with a fairly low probability.

Secondly that person must transmit the virus to some surface – either by coughing or sneezing on it (unlikely if asymptomatic) or, more likely, by touching the surface with their hand after touching their nose, without washing or sanitising their hands in between. Also a possible but fairly unlikely scenario.

Thirdly an uninfected person needs to touch the surface exactly where the virus was “deposited” – and before the often frequent sanitising of every possible surface in the shop or restaurant. Again a low probability.

Finally the person who has “got this far” must touch their own nose sufficiently “thoroughly” – and before washing or sanitising their own hands. Again a low probability.

If all these small probabilities are multiplied together – to calculate the probability of successful transmission of the virus via a surface – an EXTREMELY LOW final probability will be found. Transmitting the virus in this way is possible – but extremely unlikely, in my view.

The real way the virus is transmitted is through close contact with an infected person and that’s why protective equipment like wearing a mask and social distancing is absolutely essential – and effective – in protection against infection.

In some countries like the USA and Brazil their leaders have actually discouraged these precautions and that must be the main reason why those countries are having such bad experiences. The countries that are experiencing resurgences after managing the initial outbreaks very well (like Australia and Germany) are finding that the average ages of the new infections are much lower than those of the original infections.

That tells me that the precautions (social distancing and wearing masks) are probably not being followed very well (if at all) by mainly younger people, who have probably also become very weary of not being able to socialise with friends.