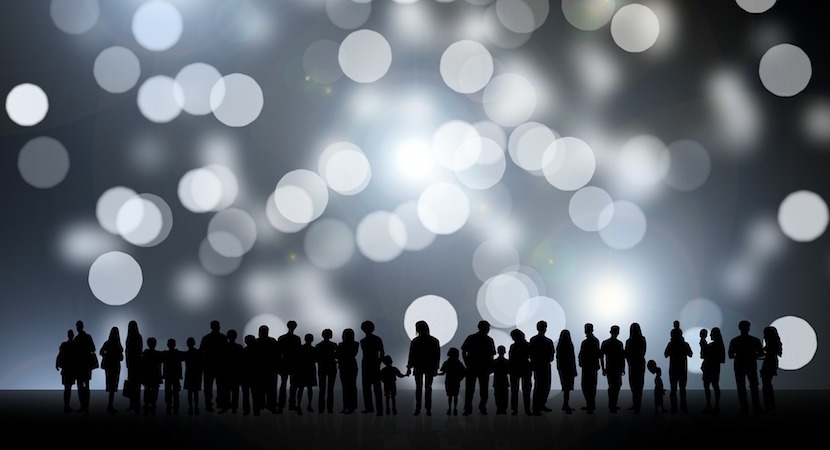 CAPE TOWN — Just as one doesn’t ‘mention the War in Fawlty Towers, one doesn’t dare address the crisis of population explosion without stirring South Africa’s simmering racial pot. Yet William Saunderson-Meyer treads where few others dare because unless somebody wedges open this closed door, we’ll end up with an ever-widening welfare leak to our fiscal reserves that will inevitably ruin our already-fragile economy. No matter how widely we crank open the tap and correctly serve the poorest of the poor, we have to begin plugging the leak that is our burgeoning population impelled by an escalating birth rate and illegal immigration. The enormity of the task is illustrated by our having to create industries that employ 11 times more people than are currently working in the entire mining sector – just to cut joblessness by half. All the more reason to look at rapid, sustainable job creation instead of wealth redistribution which just takes everyone to the lowest common denominator and reduces employment creation potential. Throwing in the towel is not an option and having one another’s corner is the only way to come back from a global audience counting us out. This story courtesy of PoliticsWeb. – Chris Bateman

But perhaps the single most critical issue lurks unremarked upon, or at best skirted around. It’s that there are — globally and in South Africa, in particular — just too many of us.

Unfortunately, the concept of “population control” causes pretty much the same reaction among most South Africans as does that of “eugenics” among post-Nazi era Germans. That is, suspicion and outrage.

Who can forget the Nationalist’s visceral fears regarding the sheer weight of numbers? It was what fuelled family planning, often coercive, aimed at blacks, while whites were encouraged by Nat politicians like MC Botha to “have a baby for the republic”.

Some 50 years on, the idiocy hasn’t changed, except for the hue of the honcho — note that it’s always the men who demand more babies. Now it’s Julius Malema, who has for years now been issuing periodic calls upon black women to produce more babies “for the revolution”.

Demographics is a textbook example of the power of compounded growth rates. Over time, small numbers have huge effects, as is reflected in the fact that the United Nations as recently as 2016 estimated that SA would reach the 58m population level only in 2022.

The statistical push is from the net birth rate, the pull is from migration.

Read also: Burning issue of SA’s population growth: Time to look an elephant in the eye

SA’s fertility rate is a respectable 2.4% — 2.1% is population replacement level — especially when compared to the rest of sub-Saharan Africa, where it approaches 5%. But when broken down, it varies considerably, according to the most recent government estimate I could find, that date to 1998: 1.5% for whites, 2.2% for Indians, 2.3 for coloureds and 4.3% for black Africans.

Population pressure is not a crisis somewhere down the line that can be tackled by debates at imbizos and summits. It is a crisis right now.

SA’s economy is simply not growing fast enough, with the gap between population growth and economic growth getting steadily wider. In fact, each year, we are collectively getting about a percentage point poorer.

We have arguably the greatest unemployment crisis in the world and it is getting worse, not better. In SA, only 43% of adults work, in most countries that figure exceeds 60%.

Ann Bernstein, director of the Centre for Development and Enterprise, captures it graphically: There are more people in total looking for work than there are living in seven of the nine provinces and, if one wanted to cut unemployment by half, one would have to create industries that employ 11 times more people than are currently working in the entire mining sector.

Since employment lamentably reflects racial demographics — for it is stubbornly difficult to eradicate historical and educational reasons — it is the black African community that is most affected.

It is also this community that is most affected by illegal immigration, most of it from elsewhere in Africa. Xenophobia is the inevitable result.

According to StatsSA, at least one out of six people swelling our population growth is an immigrant. In the five years from 2011 to 2016, almost a million people came from elsewhere in Africa.

Interestingly, over the same 10 years, about 110,000 whites left, equivalent to about 2.4% of the white population. This is an acceleration of the Institute of Race Relations’ 2012 estimate that the white population was shrinking, mainly by emigration, by 0.3% every five years.

By extending those trends to the point of arithmetic absurdity, the last white will depart these shores some time in 2162. That’s a 510 year arc from Jan van Riebeek’s now much lamented arrival.

Social Welfare and Population Development Minister Geraldine Fraser-Moleketi in 1998 declared that SA needed an explicit population policy to achieve sustainable development. Migration had to be addressed. The family unit would be recognised as the critical component necessary for social progress.

Unfortunately, that ministerial portfolio — now the Department of Social Development — has long since dropped the population component in favour of the welfare one. It is a self-inflicted political blindspot that SA can ill afford.