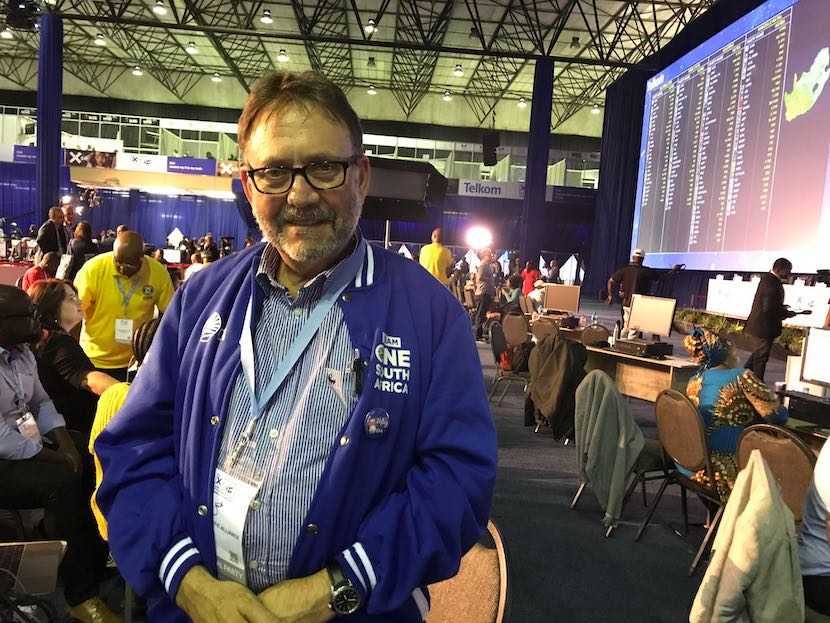 PRETORIA — The Democratic Alliance is on track to maintain control of the Western Cape and could be part of a coalition in Gauteng, but have lost votes to Patricia de Lille’s Good Party and the Freedom Front Plus on a national level. The Chairperson of the DA Federal Council, James Selfe says his party could be negatively effected by the split-vote. – Linda van Tilburg

I’m here with James Selfe from the Democratic Alliance. We’re sort of halfway through. Are you happy with the performance of the DA so far?

Yes. We set ourselves three electoral objectives at this election: to poll the same share of the votes as we did in 2014, to retain control of the Western Cape, and to force the ANC under 50% in Gauteng. I think we’re well on track to achieve that. Our polls show that at the moment, the ANC is on 50.2% of the votes in Gauteng. That’s what they’re likely to get, but we would like to reduce that still further because that will cause some sort of coalition dynamic in Gauteng. We look like we’re going to win the Western Cape with quite a substantial majority and if we do not achieve the 22% we got in 2014, it will be mainly because several people split their votes and voted either ANC or FF+ and DA provincially.

So, you were actually hoping to take Gauteng? So, there’s no hope of that now?

Well, we were never hoping to win outright. That would have been a bridge too far but what we did hope – and it’s still possible – is that we could be part of a governing coalition.

Who are you prepared to go into a coalition with?

As a matter of policy, we don’t talk about potential coalition partners until the arithmetic is up on the board because otherwise we don’t know with whom…where we can form a coalition and if we can, with whom we should form it.

That was one of the things that voters told us as they were standing in the queue. I.e. you’ve been fighting against the EFF, saying that they’re basically pure evil or really have radical policies but you have operated with them on local government level. Is there a possibility of that again?

Yes. And provided those services are provided on an equal basis and there is no real ideology involved in it. However, when you move to other spheres of government, you start getting some ideological considerations that come into it. For example, school admission, school language, educational policy, and school curriculum. All these things are handled by provincial governments and then it becomes far more difficult to find consensus.

Yes. The one thing I can’t see you working together, and probably more with the Freedom Front Plus, is on land expropriation.

Yes, absolutely. Well, that’s a national competence. We are dead against the amendments to Section 25 of the Constitution and we will oppose that in Parliament and if needs be, take legal action to safeguard the rights of property owners in South Africa. This is not only land. It’s all property. It’s your shares and your intellectual property. I always say, “It’s Aunty Maud’s pearls so don’t blame me”, I say to audiences when you vote for the EFF, but some fellow with a red beret comes to collect Auntie Maud’s pearls.

Thanks, James Selfe from the DA.