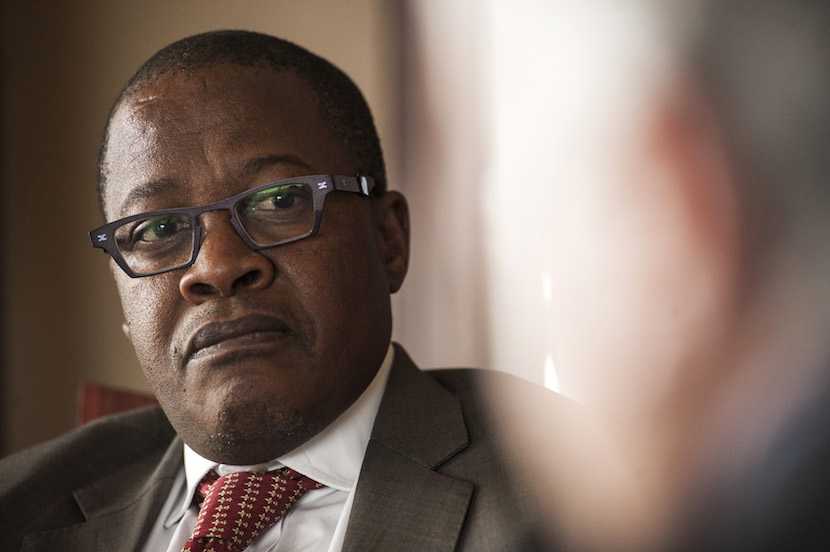 EDINBURGH — Brian Molefe appears to be a few steps closer to doing jail time in connection with state capture and corruption, as more evidence emerges about how he abused his position as Transnet boss to push vast sums to his Gupta friends. Molefe has apparently wasted no time in helping his friends get their snouts in the feeding trough every time he has been appointed to a senior position. For example, Molefe headed the Public Investment Corporation, the South African government’s investment arm, when dodgy deals were developed to facilitate a flow of funds to, among others, the inappropriately named Independent Media Group headed by Iqbal Survé. Molefe was also the boss of power utility Eskom, which also pushed funds the way of the Gupta network. You may recall that, in 2016, the public protector revealed Molefe and Ajay Gupta called each other 58 times, while mobile-phone evidence showed that Molefe was in the vicinity of the Guptas household at least 19 times. In response, Molefe claimed he was at a shebeen and not at the Gupta home – but every South African knows that Saxonwold is not a suburb where you’d find a shebeen. Brian Molefe was also looked after by former president Jacob Zuma, who had plans to install Molefe as finance minister. This excellent Daily Maverick overview of the latest developments in the life of Brian Molefe is published here on BizNews, with permission. – Jackie Cameron

A stern and detailed warning from then Transnet treasurer Mathane Makgatho to her bosses – Brian Molefe and Anoj Singh – about the cost implications of a funding plan for the 1,064-locomotive deal would go unheeded, leading to her departure from the parastatal and saddling Transnet with yet another dirty deal.

Transnet had embarked on one of the country’s biggest deals since 1994 with the acquisition of 1,064 new locomotives.

Tainted from the start, the R54bn deal was eventually funded largely through a R12bn club loan from local lenders and another $1.5bn from the China Development Bank.

On Wednesday afternoon, the state-owned freight and logistics company’s acting CEO, Mohammed Mahomedy, revealed how internal warnings around the funding options were disregarded as those in authority opted for the least cost-effective option, thereby swinging hundreds of millions of rands into the coffers of two Gupta-linked companies, Regiments Capital and its offshoot, Trillian Capital Partners.

The two companies would be paid close to a quarter of a billion rand for facilitating funding from the Chinese bank and via a club loan involving local lenders, ABSA, Nedbank, Future Growth and a financing unit of Old Mutual.

Something that Transnet’s in-house Treasury team could have handled with their eyes closed and which could have been done for a helluva lot cheaper, Mahomedy told the State Capture Commission on Wednesday.

“The syndication of a loan is not a complex structure for the Transnet treasury team.”

He said Makgatho had sent Molefe and Singh an email in which she raised her disagreement about the appointment of Regiments as transaction adviser for the capital-raising mission, highlighting not only governance issues, but also the proposed pricing of securing that cash, especially the portion that would come from the Chinese bank.

The email clearly stated that she did not support Transnet using a private transaction adviser to raise the multi-billion in funding. She told them:

Importantly, Makgatho impressed upon them that the pricing indications (the costs of the loan) were not in line with those of other developmental funding institutions.

The Chinese Development Bank (CBD) had agreed to put up two tranches of funding – one as part of a club loan with local lenders and another portion, specifically to cover the portion of the costs of the locomotive deals awarded to China South Rail and China North Rail. Both Chinese rail companies have been implicated in a kickback scandal by amaBhungane.

Brian Molefe and Anoj Singh must be locked up. Here is a breakdown of R5,6bn in kickbacks the Gupta received at Transnet. #Amabhungane pic.twitter.com/sLoKlNuVBo

Makgatho, in the email, told Molefe and Singh that the loan from the Chinese bank was tied to procurement from China and as such, the terms and conditions ought to mirror that of a tied and asset-backed facility which carried a lower risk, making it cheaper for Transnet, which was seemingly not the case.

In no uncertain terms, she wrote, the Chinese loan was not in the interests of Transnet or South Africa and warned Molefe and Singh of Public Finance Management Act violations.

She told them Transnet could borrow the money cheaper on the local market and recommended termination of the discussion with CDB and for Transnet to seek funding elsewhere.

She is expected to testify before the commission in due course.

Mahomedy said Makgatho’s advice and warnings were clearly not heeded as Transnet proceeded with the CBD loan and with Regiments Capital as lead arranger of the finance.

In the end, Transnet paid an upfront fee of $17.7m (roughly R212m) for the loan from the Chinese bank, a fee that is out of sync with that paid to other institutions at the time, Mahomedy said.

This, he said, was hugely prejudicial to Transnet.

Asked why anyone would have proceeded to sign with CBD against Makgatho’s very succinct advice, Mahomedy said:

“The only possible and plausible explanation was that there was an agenda to pay Regiments and possibly an external entity too.”

The commission heard how Regiments had slipped into this deal courtesy of a crafty earlier move when it replaced international consulting firm McKinsey & Co as transaction adviser on the 1,064-locomotive deal.

Way back in 2012 Transnet issued a request for proposals for a transaction adviser on the locomotive deal. Various consortiums pitched, but the process was later abandoned.

Anoj Singh then informed McKinsey (one of the bidders) that they would get the deal through a process of confinement instead, Mahomedy said.

He said documents show that the price of R35m was stated as being based on output and not time, and that the deal would allow for no overruns, which Singh’s letter said would be for McKinsey’s own account.

PREMIUM: McKinsey’s South African mea culpa bombs as it claims “no corruption”, critics reject apology as too little, too late

But, once Regiments snuck in the door, there were several changes that would eventually push the bill for this R35m deal to R289m for the consortium.

Regiments had replaced McKinsey as transaction adviser – outside any due process – after the international company walked away, citing tight timeframes for negotiations on the locomotive deal as a concern, he said.

The advisory contract required Regiments to determine Transnet’s funding needs for the locomotive deal and to develop a deal structure and funding options – by no means to execute it, Mahomedy said.

Remarkably, Regiments would be paid R166m – “a success fee” – for arranging a $1.5bn loan from the China Development Bank.

Regiments received 92% of the overall fee of R289m in the end, signifying that the company had taken over from McKinsey as the lead in this consortium.

“The variation in the process would have required, in my view, a new procurement event,” Mahomedy said.

Particularly in view of that R166m payment as it related to a different transaction – Regiments was paid for arranging the funding as opposed to identifying funding options, according to the original tender it inherited, allegedly irregularly, from McKinsey.

He told the commission that there was probably no scope for any lower-level staff to question the payment to Regiments as it had been arranged and signed off by the most senior individuals in the company.

Not only did Regiments score. Trillian Asset Management, a company under the umbrella of Trillian Capital Partners (Gupta kingpin Salim Essa previously owned a majority stake in it) would also bag millions of rands, allegedly for having done no work on the deal.

Mahomedy said Transnet has uncovered an R82m invoice paid to Trillian for work on the club loan, ostensibly as the supplier development partner of Regiments Capital.

He said there is no evidence to date that Trillian performed any work on the club loan and that simple documents that may prove there were even meetings between the company and Transnet have proven to be untraceable.

Mahomedy is expected to testify about other paydays for the Gupta-linked companies which would go on to perform a series of controversial swop transactions involving both Transnet and the Transnet Second Defined Benefit Fund.

That deal not only implicates Regiments and Trillian; it also implicates Nedbank.

Mahomedy is scheduled to testify about shenanigans around the swop deals when he resumes his testimony on Thursday. DM