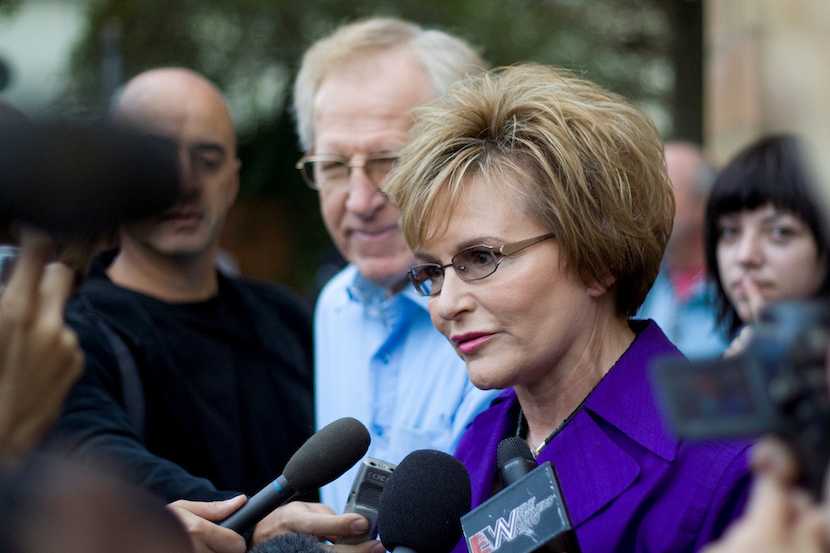 Now I know why the graffiti-festooned, vandalised and dilapidated Metrorail coach my family and I rode in from Kalk Bay to Simon’s Town recently is so out of kilter with the rest of South Africa’s best-run city and province. Former DA leader and long-serving Western Cape Premier, Helen Zille, told the Cape Town Press Club exactly why, while making a host of other observations about our dysfunctional national government, factions of whose incumbent party are so locked in a death struggle that there’s little time to tend to service delivery or properly render core competencies. One of these is electricity, another is Metrorail. While some platforms we boarded from and disembarked on had uniformed staff, nobody asked us for tickets, nor could we buy any. The only Metro staffer on the train-set that Friday was the locomotive driver. For me the price of our free-ride was embarrassment at our tourist-repelling public transport. The only quarter-padded seat in our coach was shredded, like those across the entire train-set. Zille has initiated a series of court actions against national government, (which will probably end up in the ConCourt), around creating and running more harbours, tapping into some 3,000 electricity generators in the province (they may only sell to Eskom), and running Metrorail. Read on for fascinating detail. – Chris Bateman

Helen Zille recently became the first premier in South Africa to complete two full terms – a constitutional limit. Before a huge Cape Town Press Club crowd, Zille analysed the fault-lines of her premiership which ended in May. She says one of the key problems which were not resolved was how to provide electricity without blackouts. She also acknowledged that she had failed to transform about a dozen natural harbours in the Cape to fully operational ones.

It was not for the want of trying. Zille said that she had tried hard to do the right thing while in office. She had tried to achieve “a capable state” but this had, ironically, proved difficult in the context of also applying the rule of law. The problem was that the generation of electrical power was a national competence carried out by the state monopoly, Eskom. The constitution gave the national government “sole responsibility” for generation while local authorities have the power only to reticulate it.

While she was in office – from 2009 to 2019 – her government had driven the concept of a green economy. The Western Cape had originally only had two major electricity drivers, Steenbras dam and Eskom. “Now we have 3,000 electricity generators in the Western Cape,” she said, referring to independent power producers who coaxed electricity from wind and water.

Technically the Western Cape should “never need to have a power cut”. The province has “plenty of electricity”. But the problem was in terms of national law, “we cannot buy power from Independent Power Producers and distribute”.

The big barrier to progress was that Eskom had a monopoly – only it could buy power from IPPs. “The only reason they do buy… is because they cannot generate enough themselves,” she said, citing it as an example of a (national) state that was “incapable”.

The Western Cape had started procedures two years ago to challenge Eskom’s monopoly and this matter was scheduled to be heard by the constitutional court in August. This process had taken so long because of the laborious “intergovernmental framework”.

Zille’s government had identified a key to spur economy growth in about a dozen natural harbours along the long coastline of the Western Cape. Her government had tried for ten years to push for the development of these harbours to working harbours. Every time her government got close to an agreement between the local government, the national government – in particular the public works department – “the (relevant) minister would change”. When Pravin Gordhan was Finance Minister he had helped to devise a plan to resolve this problem, but even this was not implemented.

The problem was that if one abided by the rule of law – which places powers in the hands of the national government – “you are not going to get those harbours redeveloped”. The City of Cape Town was busy with a by-law granting itself powers over local harbours, but Zille believed this matter was also likely to land in the constitutional court.

Zille has publicly backed initiatives driven by successor Alan Winde who has succeeded in implementing her long call for the use of military troops in troubled Cape Town townships. She also backed Cape Town Mayor Dan Plato’s initiative to gain city control of Metrorail. “It can only be for the better. Metrorail under Prasa is a total disaster,” she told BizNews.

Pressed on “the bizarre goings on in the DA” – as it was described by commentator Sydney Kaye-– with the Official Opposition condemning the Public Protector for being biased but then supporting her action against President Cyril Ramaphosa, Zille said: “If you believe that (someone) has violated the executive ethics act… there is only one remedy… to go to the public protector. I went to the public protector twice, both times she has found against me.” She had found one of her rulings “just so bizarre”. She had argued that the DA could not have it both ways. “The counter argument was… we may have a protector who doesn’t understand the law… but we may have a president who has violated the executive ethics act. What do you do in that kind of situation?” She had taken her position, but she added: “I am not the leader of the party.” She could have added the word ‘anymore’, but she did not.

Turning to the broader party political environment, Zille urged her audience to carry on the fight for liberal values under siege from a new form of biological – ethnic nationalist – populism. She repeated the message delivered to the Liberal Club earlier in the week. She warned that it was possible that the liberal project could be reduced to a pipe dream if this “biological populism manages to create a groundswell for a racial majority to rally behind an authoritarian interventionist state that erodes the freedoms necessary to facilitate development and economic growth”.

She urged her audience to keep up the fight. “It won’t be the first time liberals have had to face unintended consequences,” she said to the Liberal Club. “Those inspired by liberty, equality, fraternity didn’t anticipate Robespierre.” Liberal voices needed to keep on fighting. She promised to continue tweeting – something which well-intentioned people urged her not to do – which is likely to keep her in trouble with her old party, the Democratic Alliance. She argued that Twitter was too important as a communication medium to ignore.

Asked if her frequent hints that she still would play a political role meant that she may form a new Liberal Party, she said she had invested too much in the growth and development of the DA. “I am glad most of the journalists have left… I put my life into building the DA. You don’t easily walk away from an organisation one has put so much effort into. So the DA is really important to me… I do see its success as pivotal to the success of South Africa.” She warned against the DA wish to be popular among its political opponents rather than being true to its value system, but said a review committee is looking at its policy positioning at the moment. “I put a lot of hope in that,” she said, noting that the party should fight against “this terrible driving force… the politics of racial identity”.