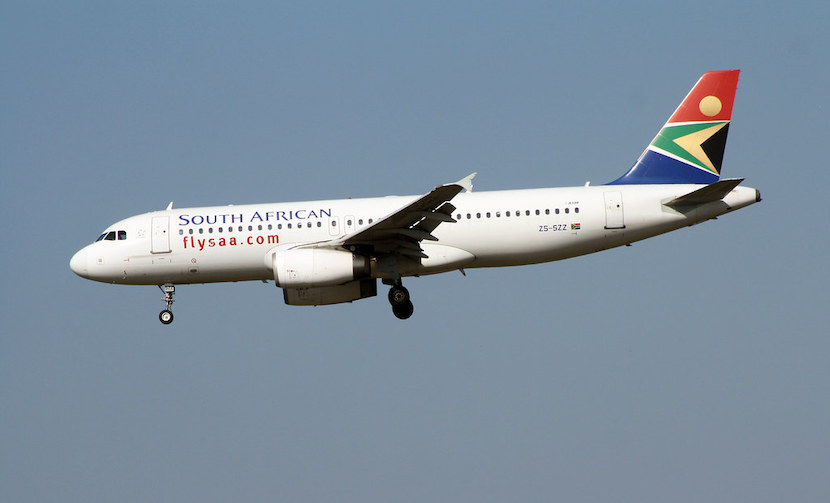 South Africa’s economy is in trouble with growth slowing down and the debt of the state-owned enterprises mounting. The last yellow light before red has been flicked by Moody’s and the brakes need to be applied before we hurtle towards junk. Spearing the move to revive the economy, is Finance Minister Tito Mboweni who knows what is needed to turn the country around, but he is shackled with the policies of his alliance partners, the South African Communist Party, the trade unions and a group within the ANC determined to prevent private sector involvement in any of the state-owned enterprises. They are intent on thwarting any attempts to sell off Eskom’s assets and to bring down the bloated wage bills at the state-owned enterprises. The unions are also ignoring the precarious position of South African Airways and are demanding an 8% wage increase despite warnings that this could mean the end of the airline. Talks between SAA and the unions to end the strike again broke down last night, with trade union Numsa and the South African Cabin Crew Association digging in their heels. Mugabe Ratshikuni, who works for the Gauteng provincial government writes in Politicsweb that South Africa “is being held to ransom by ideologues… at the expense of the greater public good.” Ideology, he says is not only crippling the ANC-alliance, but has led to the almost ‘total collapse of the Democratic Alliance.’ – Linda van Tilburg

SAA and the dangers of ideology

Ideology and idealogues are holding us back

The crippling SAA strike this week, with the already struggling airline losing tens of millions on a daily basis as a result, reminded me once again of the dangers of ideology and how we as a country are being held back by the narrow convictions of ideologues who continue to dominate the public space.

The South African government has pumped billions into supposedly saving a struggling airline that should have been sold off years ago, but because we live in a country where some have posited state ownership as the supreme principle behind our developmental aspirations, this has tragically not happened and we keep wasting taxpayers’ money on an entity that has been on life support for too long.

The same thing could be said about Eskom, where National Treasury released a discussion document a couple of months ago on how to turn the SA economy around, and one of the suggestions was that selling off Eskom’s coal power stations could help the embattled state-owned entity resolve its crippling debt-burden, but once again the ideologues who place a high premium on state ownership above all other realities shouted the loudest and won the day.

Now I know that there are some people who are still stuck in a 20th century, Cold War mindset who accuse anyone who is a member of the ANC of being Marxist, but I consider myself a pragmatic fellow who is not tied into any “isms” and who is more concerned with what would work for the country as opposed to dogmatically advancing a certain ideological perspective. In fact, I often joke with some of my mates that the only Marxism I subscribe to, if one was to try and box me, would be that of Groucho Marx, as in I have this innate ability to find humour in any situation, no matter how serious it may be.

In thinking of all this in frustration at how ideology and ideologues are holding us back, I was reminded of a 1992 document by the ANC aptly titled, Ready to Govern. In discussing the highly contested matter of state ownership, the document states the following, “state ownership is not posited as the in-principle alternative to all private monopolies: rather, this would be informed by the impact such ownership would have on the ability of the economy to address poverty and inequality and to encourage growth and competitiveness. Secondly, the developmental state should be responsible for enterprises that provide public goods such as infrastructure and basic services. Thirdly, the private sector, including monopoly capital, is treated not as an enemy, but as a potential partner-and yet one that needs to be regulated. Lastly, balance of evidence would inform such decisions to either increase or reduce the public sector while protecting consumers and workers.”

It is quite self-evident that keeping limping parastatals such as Eskom and SAA under state ownership because of some silly ideological inclinations, does nothing to help the fight against poverty and inequality, it does nothing to encourage the growth and competitiveness of our economy, and it does nothing to protect workers and consumers. On the objective “balance of evidence”, in a society of reasonable people, it wouldn’t be such a big deal if these where sold off to private hands where they could be run and managed more efficiently for the greater public good.

Of course, these entities would still be regulated to ensure they serve the public good even in private hands, but that wouldn’t necessarily prevent them from pursuing profit whilst still doing so, as some leftist ideologues would not want them to.

So, our problem is that we are held to ransom by ideologues, with their religious devotion to their ideologies, even at the expense of the greater public good. It reminds one of the words of the author J. Adam Snyder, when he said, “an ideologue is one who places agenda above truth.” In South Africa, the ideological agenda seems to be given pre-eminence, even if it’s clearly setting us back.

Witness how, even the main opposition party has almost totally collapsed itself in the past couple of months, all because there are some within it who want to restore it to its “classical liberal” posture. So, on all sides of the political spectrum, it would appear that we are being held to ransom as a country by ideologues with their “righteous conviction” about their parochial beliefs and value systems.

All of this ignores the simple fact that we live in a complex world, which requires nuanced responses that address objective realities as opposed to perceived ones. As US historian Morris Berman once said, “an idea is something that you have, an ideology is something that has you.” People that are possessed by their ideological convictions are some of the biggest enemies to progress in this country.

Going back to the contested issue of state ownership of entities that are clearly draining the public purse and not contributing positively towards our developmental agenda, one has to go back to the principles referred to earlier in the ANC’s 1992 Ready to Govern document, and with that conclude that there is nothing innately progressive or revolutionary about state ownership; just like there would be nothing innately counter-revolutionary about privatisation of these state-owned assets.

What matters most, in deciding between the two options at any given time, are the objective conditions that we are confronted with as well as the possibilities identified in response to those objective conditions. Blind loyalty to ideology and dogma won’t take us anywhere as a country.

When Franklin D. Roosevelt, for example, decided to implement his New Deal in America in the 1930s, the critical consideration there wasn’t ideological, but what would work best to resuscitate the American economy post the Great Depression.

They weren’t interested in resolving ideological debates about the supposed supremacy of the classical economics school over other economic ideologies, hence the New Deal focussed on reforming the US financial sector and rolling out big public works projects in order to help the US economy recover. Ideology then, as now, does nothing to help when economic turnaround is needed. Would that we would understand this in contemporary South Africa.