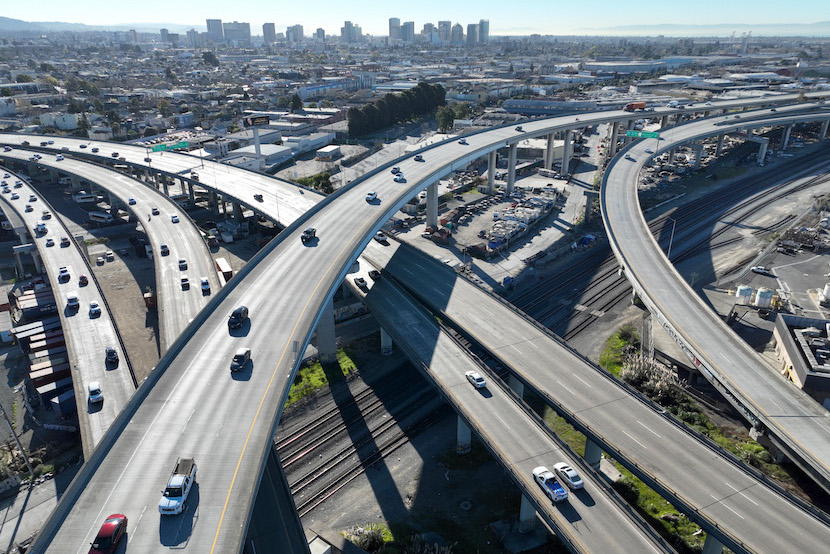 With South Africa at number 101 out of 141 countries for its burden of regulation, this cautionary tale of what happened in California is telling. If your view of California was one of laid-back, free-for-all, get-the-job-done business culture, read on for a major mind shift. When regulators’ actions can only be interpreted as hostile to business and the going gets weird, the weird (read innovative) and wonderful billion-dollar companies get going … as in leave for more conducive climes. The usual argument of avoiding comparison between high-income and low- to middle-income countries falls away here. It’s about the climate government creates and the body of research showing how minimal interference in the marketplace produces vibrant economies. We might not have a Tesla, Apple, Google and Facebook headquartered in any of our provinces, but we are the sixth highest rated in innovation in industrial enterprises and the fifth highest rate of innovation in service enterprises. Think Vodacom, Legal Aid, FNB, Metro Minds and SSG Consulting. Losing them is unthinkable. Or is it? – Chris Bateman

What South Africa could learn from California

There are few similarities between the US state of California and South Africa, but one thing these territories have in common is their hostility to business.

Nicknamed the Golden State, California has for a long time been a major economic powerhouse. If California were an independent country, it would have the world’s fifth largest economy with a GDP of $2.7trn. San José, California’s third largest metropolitan city, had the third highest GDP per capita in the world, after Zurich and Oslo. Northern California, also known as Silicon Valley, is home to many of the world’s high technology and innovation companies, such as Apple, Google and Facebook.

However, the Golden State’s shine has started to fade in the last few years.

Tesla, an electric automaker that was established in California, announced at the end of 2021 that it would be moving its headquarters out of Silicon Valley. The company’s new headquarters will be in Austin, Texas. Tesla is not the only major corporation to leave California for greener pastures.

Big-tech firms such as Hewlett Packard Enterprises and Oracle have exited California to open headquarters elsewhere in the US. Darvis, an artificial intelligence firm, and Moov, an interactive platform for buying and selling high-technology equipment have followed suit. These are some examples of the 74 Californian businesses that have relocated to other states such as Texas, Arizona and Florida within the first six months of 2021. This is according to the Hoover Institution at Stanford University, which recently released its report ‘Why company headquarters are leaving California in unprecedented numbers’.

The Hoover Institution also found the rate of companies leaving California has doubled compared to the three previous years. Since 2018, there have been 265 headquarter relocations out of California. But why are companies abandoning California? Some of the main reasons for the accelerating trend of firms leaving California include high tax rates, high labour costs and punitive regulations. In fact, California is one of the most highly taxed states.

The 2021 State Business Tax Climate ranks California 49th out 50, which means the Golden State has the second highest overall tax burden. Furthermore, in terms of economic freedom, California is beginning to falter. California is also the most regulated state in the US. According to the Mercatus Centre at George Mason University, California has 396,000 regulatory restrictions.

Based on the 14th edition of Rich States, Poor States: ALEC-Laffer State Economic Competitiveness Index from the American Legislative Exchange Council (ALEC), California ranks dismally at 45th out of 50 states, owing to its poor economic policy. ALEC found that states with policies such as low or no income taxes and worker freedom are more economically competitive and better positioned for wage growth, job creation and domestic in-migration, compared to states with higher taxes and government spending. It is owing to California’s hostility towards business that some businesses are packing up and leaving.

In the business environment, there are similarities between California and South Africa. South African businesses have for long been plagued by a government that loves to regulate and legislate. For years, the onerous BEE requirements contained in the Mining Charter have hamstrung South Africa’s important mining industry. According to Minerals Council South Africa, projects worth R30bn are being delayed due to the more than 4,000 mining and prospecting rights backlogs.

A further R60bn worth of renewable energy projects are being held up as a result of bureaucracy. The government has recently made amendments to the Energy Regulation Act that will lift the limit for private energy generation without a licence from 1 to 100 MW. However, this decision has come years too late, as load-shedding has crippled the South African economy since 2007.

Overregulation is one of the main reasons why South Africa’s GDP growth rate has been stagnating for years. According to ‘The Impact of Economic Regulation on Growth: Survey and Synthesis’, a paper published by the Mercatus Centre, numerous studies across the world have shown that too much regulation leads to a decline in GDP growth and productivity. The paper cites a global study that spanned from 1993 to 2002 and included 135 countries.

This point is highlighted by the Cato Institute’s latest report on economic freedom. Nations in the top quartile of economic freedom had an average per capita GDP of US$50,619 in 2019, compared to $5,911 for bottom quartile nations. Moreover, the average income of the poorest 10% in the most economically free nations is more than twice the average per capita income in the least free nations.

It was also found that overregulation limits innovation to a significant degree. Entrepreneurs and small business owners wrest markets from established firms by innovating, while bigger players in turn innovate in response to their challengers. However, regulatory burdens harm smaller businesses especially, which – as a result – then stifles competition and, therefore, dampens innovation, creativity and long-term growth.

Yet, despite the wealth of evidence that regulation leads to more harm than good, the South African Government keeps introducing more red tape.

The government is increasingly looking at localisation as a policy to combat unemployment and support local industry. In 2021, the government announced plans to designate more products under the 100% local content category, to support small businesses in the local manufacturing sector. It also considered blocking some imported products. However, all localisation will accomplish is to take out international competition, which will lessen the incentive for local industry to innovate, and lead to higher prices for South Africans.

Trade and Industry minister Ebrahim Patel stated that the localisation plan is fully supported by his department.

In addition, the National Minimum Wage has been increased again. In a gazette published earlier in February, labour minister Thulas Nxesi announced the national minimum wage would rise to R23.19 for each ordinary hour worked from 1 March. This represents an increase of 6.9% from the minimum wage set in 2021. South Africa’s minimum wage is however, another obstacle for job creation as it makes labour more expensive and discourages less well-resourced businesses from employing more people.

South Africa clearly has not learnt anything from California’s mistakes, as the country is doubling down on certain policies that will further constrain businesses. In his recent State of the Nation Address, President Ramaphosa said the government would be “reviewing the Business Act, 1991 (Act 71 of 1991) – alongside a broader review of legislation that affects small, medium and small-enterprises (SMME) – to reduce the regulatory burden on informal businesses”.

Easy to do business

However, this is not the first time the ANC and the government have promised to make South Africa a place in which it is easy to do business. For too long, the government has believed it needs to intervene in the economy in order to create jobs.

What the government should do instead is to create an environment in which the private sector and business can prosper. Unless actual concrete steps are taken, Mr Ramaphosa’s words will ring hollow, and South Africa will continue to walk in California’s footsteps.