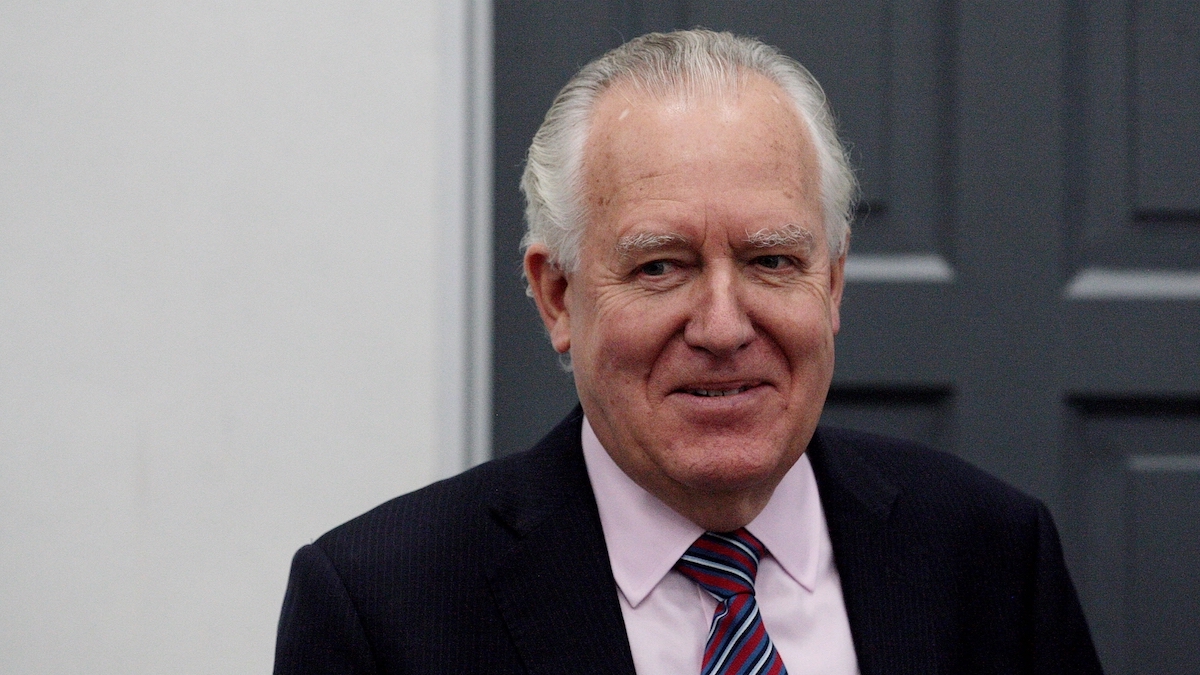 Former UK cabinet minister Lord Peter Hain wants the British government to suspend and ban global management consultancy firm Bain and Company from doing any further work in the UK. This after two commissions of inquiry in South Africa made scathing findings against the company. The Nugent Commission’s report stated: “The SARS evidence is a clear example of how the private sector [Bain] colluded with the Executive, including President Zuma, to capture an institution that was highly regarded internationally and render it ineffective.” Hain, together with whistleblower Athol Williams, who fled South Africa in November 2021 after unearthing Bain’s role in the calculated evisceration of SARS, held a “positive” meeting with cabinet minister Jacob Rees-Mogg. In a joint interview with BizNews, Hain and Williams explain their continued pressure on governments around the world to cut ties with Bain until it “comes clean”. – Michael Appel

Yes, he referred it to Jacob Rees-Mogg, who then sent me, having spoken to Bain executives in London – pretty much what I described as a weaselly response that didn’t engage with the issues at all, and took Bain’s explanations at face value, which I think is totally unacceptable. I raised it in Parliament again on Monday when I moved an amendment to the procurement bill currently going through Parliament in order to get Bain suspended, and I would be prepared to put those amendments to a vote if necessary. And in the process of that, Rees-Mogg asked me to come and see him, which I did, with Athol, yesterday. And I think I will confirm it was a positive meeting, more so than I expected. I don’t want to raise hopes because he wasn’t able to commit. He said he had a quasi-judicial role in this, but he listened very, very attentively to what I had to say, and particularly what Athol had to say in terms of the London end of Bain’s complicity in all of this, because, of course, Bain South Africa was reporting to London Bain, as Athol can confirm from first-hand experience, having worked for the company.

I’m really shocked at how South African media keeps giving platforms to Bain’s PR spin. It’s quite, quite astounding that whatever Bain puts out, we then repeat and repeat. I really think it’s time for the South African media to begin to take Bain on, for all the rubbish they’re putting out. So the fact that we talk of Bain South Africa is a meaningless statement. It’s exactly as Lord Hain said. It’s just a legal entity. The people in and out of that entity are all within the Bain global system. So the people who worked on SARS, the fact that they’re not in South Africa anymore which is what Bain claims – Bain says they’ve cleaned out the business in South Africa. That’s a meaningless point because all those people in other parts of the Bain system account.

At least eight, seven or eight senior people in the Bain London office today were involved with South African business during the state capture era. At least two of them worked on SARS. Now, I’ve the names in front of me and I will make them public if needs be. But we can’t keep repeating Bain’s nonsense. This 196 million is rubbish, at the end of a billion rand from Telkom?

Well, people are being faced with arrest warrants and of course, the Guptas have been arrested at long last, far too late, two years too late, in Dubai. But will they be extradited or not remains the question. This is all tediously and unacceptably slow. And I know that under Cyril Ramaphosa as president, they’ve been trying to clean up the system and get rid of the bad apples everywhere in it, including the National Prosecuting Authority, and the police and the intelligence services. So this is difficult stuff. If you still have all the many of the Zuma police people in the system hampering and hindering things, that makes it difficult.

There’s a wider problem that President Ramaphosa’s difficulties have illustrated: the lack of capability and capacity in the South African government system to be able to deliver almost anything. And that troubles me greatly in respect of state capture and bringing those to justice, because every week, almost every day and certainly every year these people remain at large there, spending the billions of rump that they looted.

The business in South Africa is booming, we know that Sasol have hired Bain, paying them hundreds of millions a year and they’ve moved to new offices. They appointed new partners. They’re promoting new partners. So business is booming because South African CEOs have chosen to ignore the Zondo Commission. They’ve chosen to ignore the Nugent Commission. That chose to ignore what I said. You saw Business Leadership South Africa defend Bain. We’ve now had Business Unity South Africa say to me directly with the other people on the call that business will not support an individual whistleblower. So business in South Africa has taken a very clear stand, they’re on one side of this ethical line and the rest of South Africa on the other. What all of us are saying is we are anti-corruption and will not tolerate corruption and state capture.