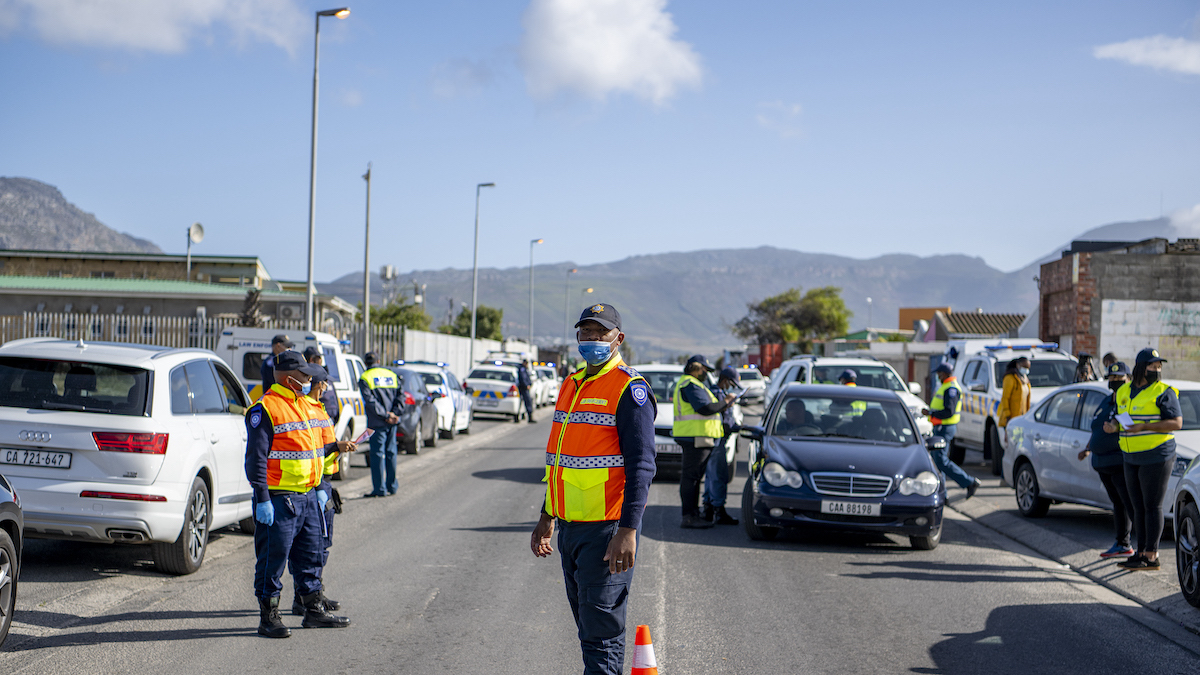 Cape Town mayor Geordin Hill-Lewis is determined to ensure the residents of Cape Town feel secure and have a proper police force, and has accordingly spent a record R5,4bn on the city’s safety budget – with 230 additional officers being employed in this cycle, and significant investments into crime-fighting tech. Last week, 100 law enforcement officers were sent to the Cape Town CBD to create, the mayor says, “an increased feeling of safety for all who work, live in, and visit this economic hub”. He says his administration will not be held hostage by the failings of national Police Minister Bheki Cele; and is calling on the public to sign a petition requesting additional policing powers under Section 99 of the Constitution. Read Geordin-Hill’s motivation for the move below. This article is published courtesy of Politicsweb. – Sandra Laurence

As Mayor, I recently wrote to the National Minister of Police, Bheki Cele, to request additional policing powers under Section 99 of the Constitution, for the City to have a fully-fledged police service. This will allow our officers to investigate crime and ensure criminals are put behind bars. We need your support to show the national government how much these policing powers are needed in our city.

Click here to tell Minister Cele that he needs to assign those powers to the City of Cape Town:

Minister Cele has previously said that he cannot devolve power in the absence of a constitutional amendment. However, Section 99 provides that “a Cabinet member may assign any power or function…to a Municipal Council.” The City is doing everything within its limited resources and ability to make our City safer for all residents. This financial year, the City is implementing a record R5,4bn safety budget, with 230 additional officers being employed in this cycle, and significant investments into crime-fighting tech.

Furthermore, last week we deployed 100 Law Enforcement officers to the Cape Town CBD to create an increased feeling of safety for all who work, live in, and visit this economic hub.

We have taken the decision that we will not be held hostage by the failings of national Police Minister Bheki Cele.

The recent 1st Quarter Crime Stats for 2022 show that while at a national level murder rates continue to climb, this crime category is seeing a steady decrease in communities where the provincial government and the City of Cape Town are deploying Law Enforcement Advancement Plan officers (LEAP).

Through LEAP we have deployed 1 100 new officers in 12 communities affected by high crime rates. Four of them – Gugulethu, Philippi East, Mitchells Plain and Elsies River – no longer feature among the top 30 murder hotspots in the country.

This is encouraging evidence that the concept of more policing powers, at a provincial and local level, is working.

BUT we need your voice to show that the residents of Cape Town want local government to have a greater ability to keep YOU safe. There is so much more we can do with greater police powers granted by Minister Cele.

Have your say in policing that will help create safer neighbourhoods across the City: