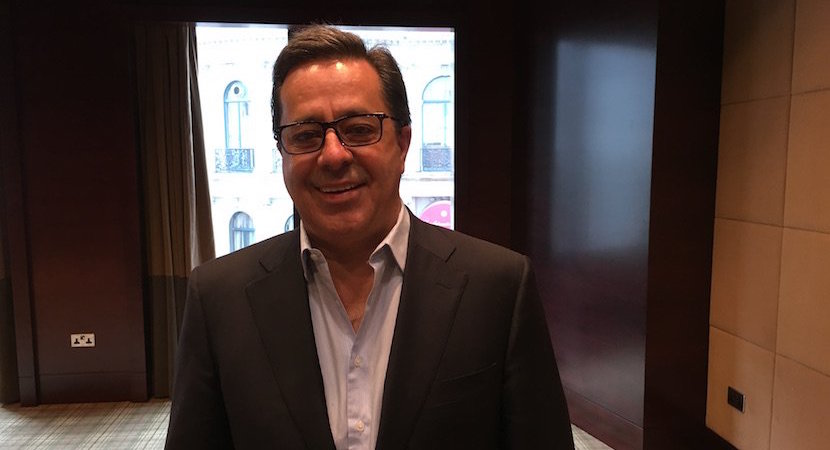 CAPE TOWN — From this update, it seems that while former Steinhoff CEO, Markus Jooste may no longer be bathing in the fawning, near-adoration his presence in any social or corporate environment once evoked, he’s living a quiet life of accustomed luxury, frequenting his favourite restaurants, sans any physical harassment by pesky investors. If the gathering storm clouds are anything to go by though, he’s making hay while the sun shines. Dealing with angry graffiti on his Hermanus mansion walls or his name being erased from wine bottles is small potatoes compared to the avalanche of lawsuits and forensic probes that will inevitably engulf him next year. He’s had the civility or good sense not to further develop a stunningly situated R36m plot outside Hermanus while still owning a clutch of farms and other properties. Whether there’ll be anything left to enjoy after the storm passes – that is if he isn’t left wearing an orange overall – is the billion-dollar question. The posse wants somebody’s blood and who better than the head honcho? – Chris Bateman

By Renee Bonorchis and Loni Prinsloo

(Bloomberg) – It’s exactly a year since Markus Jooste quit as chief executive officer of Steinhoff International Holdings NV at the start of an unfolding accounting scandal and share-price collapse. Yet so far, the 57-year-old South African has been largely left in peace.

While many of his former colleagues have battled investors, bankers and regulators around the clock to keep the global retailer afloat, Jooste has led the mostly quiet existence of a retired multimillionaire. He’s made only one public appearance in an official capacity – to face questions in parliament in September about his role in the crisis – before retreating back into a life of relative normality.

That may change in the next few months, with a long-awaited forensic report into Steinhoff’s finances due to be completed by February. Auditors at PwC are expected to describe a series of third-party transactions and inflated asset valuations at the heart of the retailer’s collapse, and, as the CEO who presided over the alleged financial wrongdoing, Jooste’s name is likely to feature. That could trigger a series of moves against the ex-CEO, as out-of-pocket investors and law enforcement agencies look for someone to hold responsible.

The following account of Jooste’s movements over the past year is based on numerous interviews over several months with people linked to him who requested anonymity discussing private matters. Jooste and his lawyer, Callie Albertyn, didn’t respond to requests for comment.

There are signs that Jooste is already wary of the prospect of a return to the spotlight. The curtains and blinds of his 21,345 square-foot property in the whale-watching town of Hermanus, part of it bought for R11m ($807,000) in 2005, are firmly drawn. Abusive graffiti has been sprayed on the walls – and has been only crudely painted over.

Elsewhere in Hermanus, which is about a 90-minute drive down the coast from Cape Town, a 54,013 square-foot plot bought by Jooste for R36.5m lies desolate. Development of the property, in a spectacular location with endless ocean and mountain views, was abandoned after Jooste’s wealth declined by at least R3bn in the wake of Steinhoff’s collapse. Even so, local residents still have to contend with the plot’s high walls that block access for people who like to walk along the cliffs and beaches.

Read also: Christo Wiese and the weekend that Steinhoff unravelled. MUST READ!

Not far away in Stellenbosch, where Steinhoff has its head offices, Jooste shares a farm surrounded by mountains and vineyards. The area has been home to at least four former Steinhoff directors and associates.

One of his neighbours there is Jannie Mouton, the founder of investment firm PSG Group Ltd. and previously a non-executive director of Steinhoff. Having once produced wines together on a non-commercial basis, Mouton has changed the labels on all the bottles bearing Jooste’s name. The two restaurants that carry stock do the same, according to a source familiar with the businessman’s activities.

To be sure, Jooste has sold some assets this year. Having bought 978 at Val de Vie, a sprawling Western Cape residence with vineyards and space for 10 horses, for R10.5m two years prior, he put it on the market for R15m in January. He has also sold some of his race horses and resigned as a director of many companies.

Still, Jooste can be seen every few weeks at the Vasco da Gama Taverna, a Portuguese pub in Cape Town, which has a wide array of beers on tap and items like spicy Trinchado on the menu. And in Hermanus, he’s said to be a regular at Burgundy Restaurant, an eatery offering seafood and fine wine along with ocean views.

Bubbling in the background isn’t only the looming PwC report, but a summons by prosecutors in the Netherlands. Allegations of numerous related-party transactions have surfaced. Former Chairman Christo Wiese is suing Steinhoff for R59bn, while other investors have hit Steinhoff with class-action lawsuits.

All are preparing their next move.