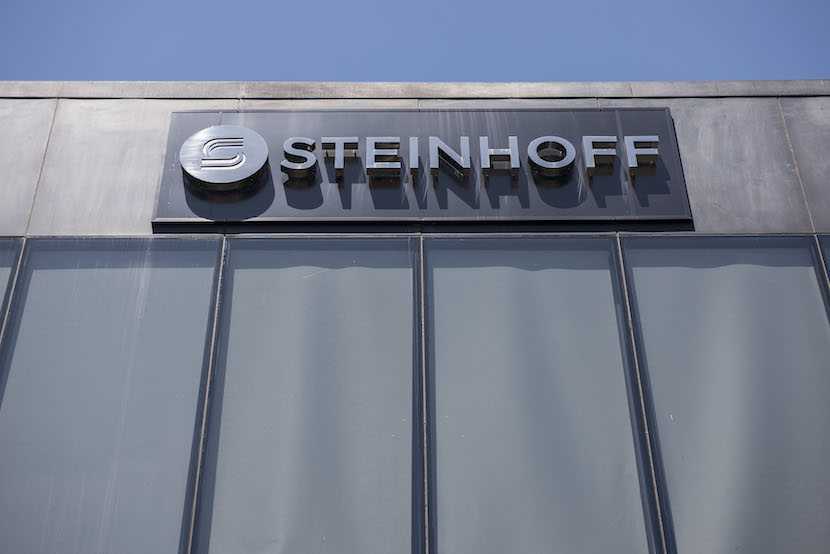 Steinhoff, which has been in intensive care since its former CEO Markus Jooste walked away amid revelations of financial irregularities in 2017, is on the mend, according to its bosses. But there’s a caveat: the army of advisers working on following the money trail through the forest of irregularities and accountants and other professionals is costing huge sums. As the Financial and Business Review notes, advisory fees for the period worked out at €82m (about R1.2bn). Accountants grabbed €11m for the forensic investigation and technical accounting support, and €30m related to creditor adviser fees. Other eye-watering knocks to shareholders included the finance costs for the half-year, which increased significantly to €483m or R7.5bn (2018: €245m) partly on the back of debt of R141bn. Steinhoff has warned that there are more advisory fees to come. Judging by the notes on page 83, lawyers are in for a fortune. Steinhoff warns that legal action is set to be a big feature of its foreseeable future. No provision has yet been made for legal costs and the company’s tax bill is also still a mystery as tax audits and other investigations continue. Still, some investors were brave, snapping up Steinhoff following the release of the unaudited half-year results for the six months ended 31 March, in so doing pushing up the share price. The full 97 page report is embedded below. – Jackie Cameron

Message from the Management Board

We remain on a journey to address past deficiencies, to restore trust in the Group and to build a recovery in value for our stakeholders.

While our work is far from finished, and tough tasks still lie ahead, we can be clear that progress was made in the first half of the financial year. We continued our essential effort to stabilise the Group, progressing the complex and technical work necessary to complete our financial restructuring, while also helping to enhance the long-term stability and growth prospects of our operating companies.

Inevitably, the costs of this process, both in terms of financial resource and management time, continue to be substantial, and they have had a significant impact on our reported results for the period. Advisory fees for the Reporting Period amounted to €82m. This total included €11m
relating to the forensic investigation and technical accounting support, and €30m relating to creditor adviser fees. While every effort is made to limit costs, we expect this to remain our reality for some time.

We are also clear that, at the operating company level, the Group retains significant strengths as a well-diversified global retail business with a number of strong local brands and leading positions in attractive growth markets. Some of our individual businesses, such as Pepkor Africa and Pepkor Europe continue to perform robustly, while others remain in turnaround but are reporting more encouraging recent trade, such as Mattress Firm. There is value within the Group and, during the first half, we took the first steps on the long journey to restoring it.

Achievements in the period

Against a very challenging backdrop, the Group was successful in achieving a number of important milestones in the Reporting Period.

We are seeking to build on the progress made to date to strengthen our recovery, with the clear objective of stabilising the Group in a way that ensures the long-term security and growth of its underlying operations, maximises stakeholder returns and protect value. This will enable the Group
to establish a new foundation for increasing free cash generation, to reduce the level of debt and, over time, to create value for stakeholders.

To ensure that this is done against the appropriate backdrop, the Group has developed a Remediation Plan that is aimed at addressing previously identified weaknesses and substantially enhancing standards of corporate governance and control. The plan is fundamental to strengthening the governance structure of the business and is being rolled-out with determination.

In the meantime, fundamental changes are already being made across the organisation, with a renewed focus on the customer, tighter control of capital, accelerated efforts to reduce our cost base, and initiatives aimed at maintaining local market leadership.

The Group has received many shareholder and vendor claims and notices of regulatory investigation, and litigation remains a significant outstanding challenge. The Management Board, assisted by a litigation committee, and the Group’s attorneys, continue to work towards a resolution of outstanding claims against the Group. In parallel, we are also evaluating potential claims we may have against third parties, and recoveries against implicated entities and individuals are being initiated where appropriate. Recently issued proceedings against members of the former management team are such steps in this process.

As we look back on the progress made in the first half, we are both realistic and encouraged in our outlook. Realistic because we know that uncertainties persist and we still face many tough challenges on the road to rehabilitation but encouraged that progress has been made and the next phase of our recovery is beginning to come into focus.

The hard work on the financial restructuring in the first half and prior periods will, in all likelihood, shortly come to fruition, bringing with it the stability that will allow us to turn the page and concentrate fully on maximising value from our operating companies.

While trading conditions in the period ahead will reflect a tougher global economy, at operating level Steinhoff remains a geographically well-diversified, global retail group providing everyday products at affordable prices, through a stable of strong local brands. Businesses such as Pepkor Africa and Pepkor Europe continue to grow strongly while others such as Mattress Firm and Conforama remain in turnaround but retain strong market positions and significant recovery potential.

Our strategic direction is clear: we will focus on our operations, realise value where appropriate and plan to reduce our debt levels. There is much to do but we have a plan and a belief in the ability of this business and its people to deliver it.

We are grateful for the continuing support of our financial creditors, shareholders, staff, management, and Supervisory Board. We thank them all.