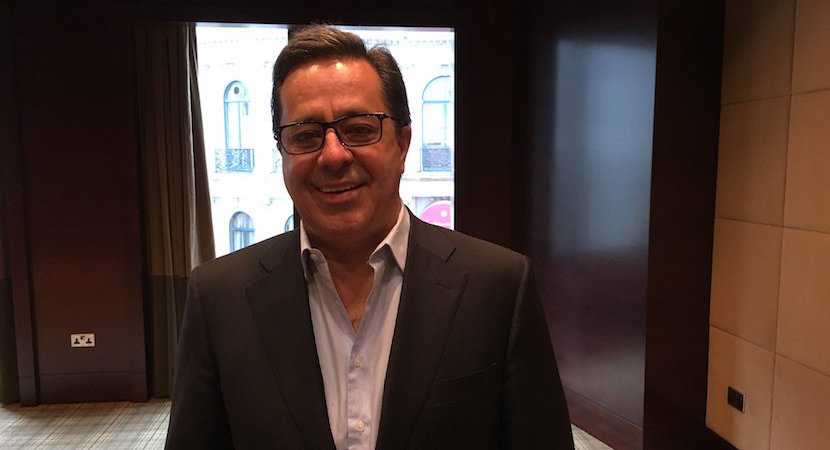 LONDON — Frustrated by the lack of progress as far as the Hawks and the National Prosecuting Authority is concerned in the Steinhoff case, Parliament stepped in today and forced the new Steinhoff execs, to appear before the finance portfolio committee and release the names of those implicated in the PwC report into irregular transactions worth $7.4bn. There was a feeling among the MPs that fraud by whites is taken less seriously than irregularities by black people. Alec Hogg’s intel alluded to a dirty half dozen occupants of Markus Jooste’s 17th floor, but it turns out there were eight, four of those implicated sat somewhere overseas. The chair of the Finance Portfolio committee, Yunus Carrim would have none of the efforts by Steinhoff to suppress the names because of further investigations and European privacy laws, and made it clear he would like to see Jooste, described as the man walking around in Hermanus in his pyjama’s, to be put in orange overalls. He is not the only one who is keen on progress in the Steinhoff scandal. The Financial Sector Conduct Authority (FSCA) have summoned Steinhoff to provide them with the full report by PwC. – Linda van Tilburg

The company’s executives were compelled by a South African parliamentary committee to release the names even as Chairwoman Heather Sonn and CEO Louis du Preez warned it could jeopardise investigations and break European privacy laws. The revelations come after a forensic probe by PwC uncovered €6.5bn ($7.4bn) of irregular transactions with eight firms from 2009 and 2017, according to a summarised report released Friday.

“We want the emphasis to be on prosecutions,” Sonn told lawmakers in Cape Town on Tuesday. According to parliament’s laws, any of its committees can force that information be provided, with the promise of immunity as long as no perjury is involved.

The names are being released as the owner of Conforama in France and Mattress Firm in the US said it remains in a “precarious position.” Steinhoff is seeking to finalise agreements with creditors after revelations of accounting irregularities in December 2017 wiped out almost 95% of its value. An elite South African police unit known as the Hawks told lawmakers that one investigation into fraud is at an advanced stage, that the probe has been extended and its team “enhanced” so wrongdoers can be brought to justice.

A person who answered the phone at a company where Evans, Romano and Pasquier are listed as directors said Evans and Romano are out of the office. Emails sent to Romano and Evans weren’t immediately replied to. An automated reply from Pasquier said he is out of the office until March 25 and referred queries to Romano.

With about 100 auditors at PwC having laboured on the report for well over a year, the company said it plans to dig deeper into the accounting misdeeds as it seeks to prepare its 2017 and 2018 audited earnings, due next month.

The Hawks were chastised by Yunus Carrim, the chairman of parliament’s oversight committee on finance, for taking so long to investigate the matter. Lieutenant General Godfrey Lebeya said that the unit is taking it seriously and that having the names of those alleged to be involved will help the probe.

Jooste in September told South African lawmakers that the origin of the company’s woes related to protracted dispute with a former partner. He also said he wasn’t aware of the financial irregularities reported by the company the day he quit. Instead, he blamed Deloitte LLP for wanting an additional probe into allegations of financial mismanagement in Europe just days before the retailer was due to report 2017 financials.

The company’s stock declined 3.2% as of 2:30pm in Frankfurt, paring gains this year to about 15 percent.

Investigation overseen by Supervisory Board committee comprising only new appointees

Positive and constructive cooperation between PwC, Steinhoff and the regulators

An overview of the findings, released by Steinhoff on 15 March 2019, ensures that the legally privileged nature of the report is not undermined and its position in the various pending legal and other proceedings, including the recovery proceedings to be instituted by Steinhoff, is not jeopardised

Key findings from the investigation

Income and asset values were overstated

“A small group of Steinhoff Group former executives and other non Steinhoff executives, led by a senior management executive, structured and implemented various transactions over a number of years which had the result of substantially inflating the profit and asset values of the Steinhoff Group over an extended period.”

The major relevant transactions were grouped into four categories:

Key findings for the restatements to the financial accounts

Income and asset values are being restated

The restatements have been grouped into five categories (for the financial statements):

It identifies three principal groups of corporate entities that were counterparties to the Steinhoff Group:

The legal and/or beneficial ownership is, in some cases, currently unknown to the Steinhoff Group

Steinhoff is developing a remedial plan following on from the findings of the investigations.

The intention of the remedial plan is to enhance the governance within the Group.

Focus of the plan: