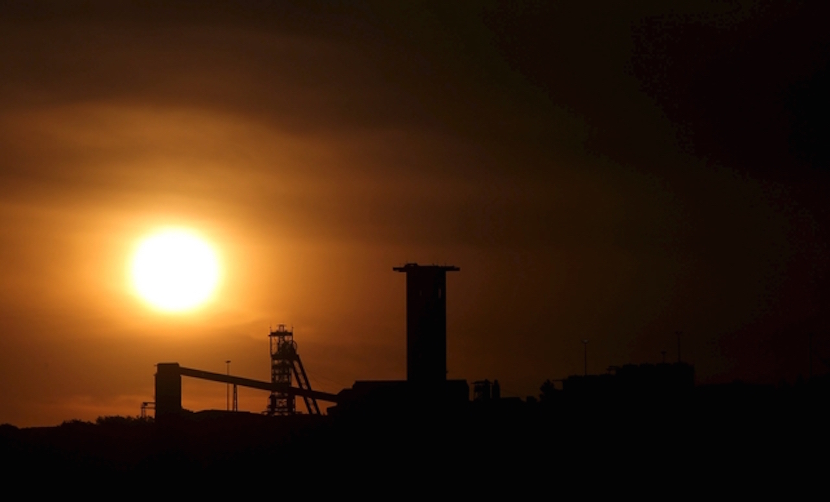 The Fraser Institute hands out an annual report card to governments on the attractiveness of their mining policies. In the latest survey, South Africa ended up in the 10 least attractive mining destinations for the first time. At the bottom of that list is Zimbabwe, followed by Spain, while Western Australia is viewed as the most attractive destination. Morocco is the only African country in the top 10. The Minerals Council of South Africa described South Africa’s bottom 10 position “as an alarming wake-up call that the country is moving in the wrong direction”. In a statement, the Council said while it was working with the government to address the challenges the mining industry is facing, they believe they are not gaining traction or urgency and hoped the government could hit a reset button for the industry. – Linda van Tilburg

South Africa’s ranking for the first time in the world’s 10 least attractive mining destinations in the latest Fraser Institute’s Annual Survey of Mining Companies 2021 is deeply disappointing, and it serves as a warning that we are headed in the wrong direction when it comes to attracting investment to the country’s resources sector.

The Fraser Institute’s annual survey ranks countries’ attractiveness in terms of policy, mineral potential and other metrics based on responses from companies operating and exploring in these mining jurisdictions to come up with a report card that governments can use to assess whether their policies are attracting or driving away investment.

South Africa’s ranking in the 2021 Investment Attractiveness Index, which is a policy and mineral potential metric, is the worst since 2009. South Africa has consistently been in the bottom half of the rankings since then, but this is the first time it has fallen into the ten least attractive mining destinations.

“This is a deeply disappointing reflection of the state of mining in South Africa. It is worrying that the trend remains downwards rather than stabilising or improving. We must revitalise our efforts to address the underlying challenges informing this trend,” says Minerals Council CEO Roger Baxter.

“We are working closely with Minister Gwede Mantashe, his officials in the Department of Mineral Resources and Energy, other ministers, and the Presidency to address the many challenges mining companies are facing, but we are not gaining the traction or urgency we’d like to see in resolving these challenges,” he says.

South Africa ranks 20 from bottom out of 84 jurisdictions in the 2021 Policy Perception Index compared to being in 12th from the bottom of 77 jurisdictions in 2020. The index measures perceptions of onerous regulations, taxation levels and the quality of infrastructure.

The backlog of more than 4,000 mining and prospecting rights as well as mineral right transfer applications within the department is of major concern to the Minerals Council as is the slow progress to replace the failed SAMRAD cadastral system with a modern, transparent, corruption-free, online system. Both these issues are curtailing much-needed investment in exploration and the development of a junior mining sector.

The Minerals Council has welcomed the certainty brought by the High Court judgment in September 2021 that the Mining Charter is a policy rather than regulatory document, that the continuing consequences of previous black economic empowerment deals should be recognised and that the specific provisions around procurement in the document, should be removed. The Minerals Council and its members remain committed to transformation of the mining industry and to go beyond the provisions in the Charter.

The Minerals Council and its bulk minerals members are actively engaging Transnet about the regression in railway capacity and productivity at key harbours. We are also in talks with Cabinet Ministers to address these constraints, which include a lack of locomotive spares, and crime on the rail network that is curtailing train movements.

The bulk mineral miners lost revenue of R35bn in 2021 due to Transnet not meeting targeted rail movements, while the opportunity cost of Transnet not matching the capacity on its rail network amounted to R50bn, of which about a third would have flowed into the fiscus in taxes and royalties.

The departure of Director General Thabo Mokoena from the DMRE presents an opportunity to inject fresh thinking into the department to revitalise our relationship with the regulator. The Minerals Council worked closely with Mr Mokoena to address issues affecting the mining industry and we look forward to welcoming the new DG and hitting the reset button for the industry.

To call South Africa’s new exploration strategy “underwhelming” would be to pay it a huge compliment.

The strategy has just been put up on its website by the Department of Mineral Resources and Energy. It’s been promised for two years by Minister Gwede Mantashe and is supposed to be the key to unlock interest and investment in South African mineral exploration. It will do neither.

Many mines in South Africa are heading towards the end of their lifespans and new mines need to be discovered and developed if the industry is to continue. But the ANC government’s investor unfriendly rules have meant a continuing reduction in the amount of exploration.

This strategy was supposed to be a game changer and to signal a turnabout in the fortunes of the industry. Instead it is a mishmash of everything government has been claiming it’s doing for the last several years. It looks like something an intern was given to draw up over the weekend.

Most of the content of the document’s 12 pages consists of truisms and anodyne reflections on the potential of South Africa’s mineral endowment. It also contains meaningless gobbledygook like, ”There is an imminent need for the country to feature Industry 4.0 in the sector whilst striking a balance between socio-economic needs and technological advancement.”

Even worse is the claim that “According to investor perceptions, South Africa has developed world-class legislative frameworks that govern the sector.”

As the industry digests that howler the highly regarded Fraser Institute of Canada put South Africa into its ten least attractive mining jurisdictions for investment.

What this strategy really needed was a timeline for the rollout of a cadastral system which is a transparent public record of who owns what mining rights. It needed a credible plan to clean up corruption amongst departmental officials who put securing bribes ahead of developing the industry, and it needed a relaxation of the onerous BEE systems designed to grab investor’s money.

If this exploration strategy is the best the Minister can do after two years, then the industry is in real danger and so too are the livelihoods of millions of South Africans who depend on mining.