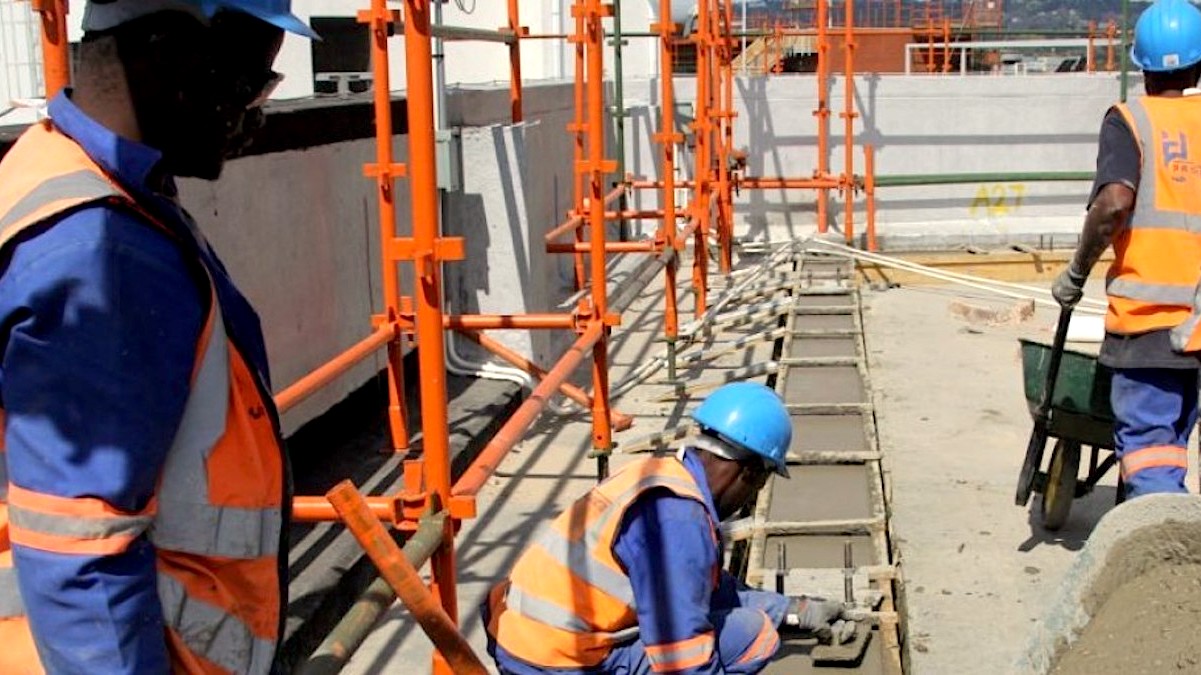 Groups colloquially known as the construction mafia are operating under the banner of “radical economic transformation”. They present themselves under the guise of “local business forums” and invade construction sites across the country, demanding money or a stake in development projects. In 2018, these groups and various emulators started to invade construction sites nationally, demanding as much as 30% of the contract value of the job. The groups are characterised by their use of violence to get their way. MyBroadband details how these dangerous construction mafias targeting major projects are costing property developers hundreds of millions in lost income and expenditure on private security. The government’s failure to adequately address the “construction mafia” will have dire consequences, not just for the construction sector but for South Africa as a whole, as the practice threatens to spread to other sectors of the economy. This article was first published by MyBroadband. – Asime Nyide

That is according to Sunday newspaper Rapport, which recently spoke to some of the country’s biggest developers and construction companies about the criminal activity.

Construction mafias have been rife in KwaZulu-Natal over the past few years, rearing their heads in two townships near Durban back in 2015.

But the practice has spread to many other parts of the country, including Gauteng.

One major property developer told Rapport that a heavily-armed group occupied a multi-billion rand shopping centre in the province a day before it was scheduled to open.

They demanded a 30% cut of the centre’s income to leave the development in peace.

The developer had to deploy a private security firm with its own heavy weapons and helicopters to chase the occupiers out.

It must retain these services, at significant cost, to prevent the group from returning to the centre.

Rapport’s sources said the police were doing little to nothing to fight the criminals.

According to an employee at a project management support company, municipal councillors were often involved in the mafias.

In Cape Town, some property developers had given in to paying firms owned by gangs to protect their developments.

In one project’s case, a construction mafia group from KwaZulu-Natal attempted to move in and disrupt a project, and the appointed firm promptly dealt with them.

The construction mafias are not limiting themselves to property developments with potential retail or corporate value.

Solidarity told Rapport that its Sol-Tech technical college campus in Centurion, which was under budget and ahead of schedule in March 2021, also faced off against one such group.

Solidarity’s property investment company Kanton said that syndicates threatened to delay the project by three or four months. However, the organisation deployed private security and forged ahead.

The organisation is already preparing to take on syndicates looking to hijack or disrupt the construction of student housing on the campus.

Despite operators committing to job creation by cooperating with local councils and business forums in the areas they are installing, construction mafia groups acted as gatekeepers.

MetroFibre’s head of fibre-to-the-home Jacques de Villiers explained these groups also often posed as “business forums” and presented one of the biggest challenges for operators.

“There is huge concern about construction mafia groups who demand a cut in building projects around the country, sometimes even resorting to violence and intimidation to get their way,” said De Villiers.

Octotel chief operations officer Scott Cunnigham also said the resulting project delays caused reputational damage to the operator as the public was unaware of the issues.

Octotel has also appointed security as an additional safety measure for its engineers and technicians on the ground.

Other “mafias” in South Africa

Criminal groups involved in crimes like cable and coal theft have also been labelled “mafias” due to their sophisticated modus operandi.

Gordhan promised a fightback from law enforcement, who had identified criminals infiltrating legitimate companies and setting up illegal mining and coal supply operations.

As detailed in a recent report from The Sunday Times, these groups would use high-tech gear to hide the theft of coal meant for Eskom’s power stations, replacing it with cheap loads filled with metal and rubble.

They would then export the high-grade coal to other countries, usually at around ten times more than what Eskom pays.