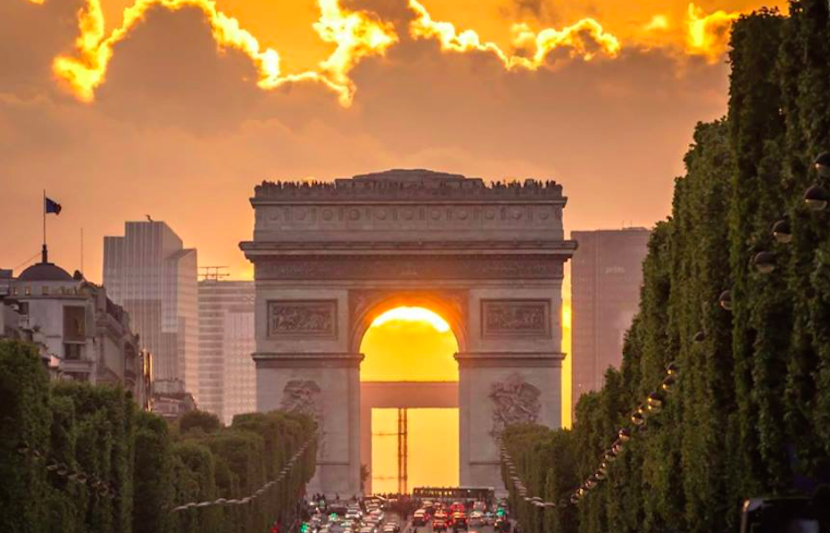 Following the recent attacks in Paris, one may question that COP21 is still going to go ahead in the city next week. But given the focus on climate change, energy expert Andrew Kenny says man-made climate change is not a threat at all in the latest Institute of Race Relations Liberty Report. He says that while the increasing population is producing more carbon dioxide, it’s not true that it’s causing dangerous global warming. Many may question this given the recent ‘El Nino’ weather conditions but Kenny says extreme weather has happened through the ages. And as COP21 nears, Kenny says people should ignore the mounting alarm and hysteria as nonsense and hopes the conference does not put a curb of CO2 emissions, which would be very harmful. It’s a fascinating piece of literature that will have most with their heart in their mouth. The full report is also available. – Stuart Lowman

“Our planet faces many environmental threats, such as over-fishing in our oceans and the devastation of wild animals in Africa. But man-made climate change is no threat at all,” writes engineer and energy expert Andrew Kenny in the latest issue of @Liberty, the policy bulletin of the IRR.

The vast amounts of money being spent on combating this non-problem are thus a diversion of resources from real problems. The Paris climate conference next week, COP21, is a spectacular example of this folly.

Writes Kenny: “The heart of the climate scare is that mankind is increasing carbon dioxide (CO2) in the air and that this will cause dangerous global warming. The first contention is true, the second false.

“Mostly by burning fossil fuels (coal, oil and gas), we have pushed up CO2 levels in the air from about 280 ppm (parts per million) in the 19th century, which was dangerously low for plantlife, to about 400 ppm now. Over the last half a billion years, CO2 averaged about 2 000 ppm.

“CO2 is a weak greenhouse gas (one that traps heat radiating away the Earth). Basic physics shows it can never have more than a small effect on global temperatures. Observation confirms this.”

The climate scare overlooks the fact that, during the Mediaeval Warm Period roughly 1 000 years ago, temperatures around the world were rather higher than now while CO2 was lower. Previous warm periods had still higher temperatures.

Comments Kenny: “All of these warm periods were natural, almost certainly caused by changes in the Sun. There is no reason to believe that the slight warming of the 20th century (about 0.7°C) was not also entirely natural, with CO2 playing little, if any, part in it.

“Moreover, over the last 18 years, while CO2 has risen considerably, there has been no rise in global temperatures.”

There is no scientific reason why rising CO2 should cause any increase in extreme weather events, and indeed there has been no increase in the last fifty years. Extreme weather has happened down the ages, and it seems to have been worse in the horrible cold of the 17th Century than it is now.

Adds Kenny: “CO2 is a natural, safe, life-giving gas. It is not a pollutant. Though it has little influence on the climate, it has a hugely beneficial influence on plants, upon which we depend. They are responding gratefully to increasing CO2, and arid regions of the Earth are ‘greening’ because of it.

“However, there is a vested interest in promoting climate fear. Funding, jobs, reputations and ideological satisfaction depend upon it. Often climate alarm seems nothing but a proxy for an attack on the capitalism and industrialisation of the West.

“As COP21 nears, people should ignore the mounting alarm and hysteria as nonsense, but hope that the conference does not put a curb of CO2 emissions, which would be very harmful.”