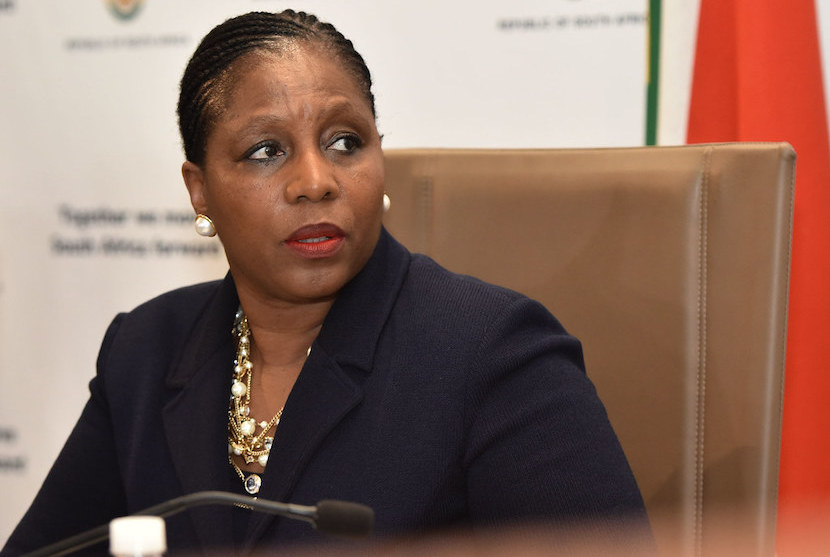 The effigy that is wheeled in beyond the castle ramparts here shape-shifts from the dominant narrative of the Trojan Horse of SA’s spy chiefs, to an SA media animal that excretes great steaming piles of disinformation on the forecourt. According to Muhammed Sayed, chairperson of the Western Cape ANC Youth League and a member of the provincial legislature, when you pick apart the droppings of this media Trojan Horse, there’s not very much substance to be found. While conceding the efficacy of the Zuptoid spy-master Trojan Horse in infiltrating and conquering intelligence agencies during the Zuma era, he parts company with media analysts who claim the current incumbents are as-bad, Ramaphosa stooges. Instead, he puts their alleged nefariousness down to pure, blind incompetence. Which doesn’t exactly inspire confidence in a reinvigorated intelligence agency meant to support and inform policy making in the interests of all South Africans. Perhaps the only redeeming conclusion to be drawn from this vehement rebuttal of the media interpretation of today’s new spies, is that they don’t have a shady agenda. Competence would be nice though… Story courtesy of the Daily Maverick. – Chris Bateman

Tuesday 15 October marked a sad anniversary in the area I had the honour of growing up in. Athlone, like many other areas across the Cape Flats, often served as the battleground between the apartheid security police and young people, especially during the States of Emergency in the 1980s. Monday, 15 October 1985, marked the day when members of the security and railway police co-operated to crush the protests in the area.

A South African Railways truck was camouflaged with crates to hide policemen. The truck drove down Thornton Road to the centre of the protesters. The police, hiding behind the crates, sprang up and opened fire on the young people. Jonathan Claasen, 21, Shaun Magmoed, 15, and Michael Miranda, 11, were killed in the prime of their lives while several others were injured. The tragedy became known as the Trojan Horse incident.

Today, however, we have a new kind of Trojan horse; those purporting to present an objective view when in actual fact they are perpetuating a particular destructive narrative.

Take, for example, the response by Adriaan Basson (“Mr President, intelligence cannot afford another rogue minister”) and the Daily Maverick story (SSA rogue actors constitute clear and present danger to our democracy) on the alleged disagreements between the Minister of State Security, Ayanda Dlodlo, and the head of domestic intelligence in the SSA, advocate Mahlodi Muofhe.

Basson commences his piece by suggesting that “President Ramaphosa’s efforts to rid our intelligence agencies of rogues, crooks and political interference are threatened…”.

Minister Dlodlo, in her budget vote in July, was emphatic that spies should stay out of politics. This is somewhat in line with the High-Level Panel Report on the State Security Agency which lamented the agency being abused by the then president of appointing “his people” to the agency. Basson puts it as a “private army of spies” while Daily Maverick, in an editorial, described it as “accountable to no one but the Don himself”.

Yet if anyone has read news reports on advocate Muofhe, or even the countless articles written by the man himself, they would know that with his background in intelligence he is very close to the President. Muofhe is hardly far from playing politics. But Minister Dlodlo comes under attack by Basson.

Basson says he was “puzzled” by Dlodlo’s appointment because she was “a close confidant of former president Jacob Zuma, with solid Umkhonto we Sizwe [sic] credentials”. Pravin Gordhan, Trevor Manuel, Ivan Pillay and Senzo Mchunu are all former confidantes of former president Zuma. Even more so, is there something wrong with having MK credentials? No doubt, to this Trojan horse, yes!

Maybe we should dismiss him as he so easily dismisses the EFF and state that just because Adriaan Basson accuses you of something – without evidence – doesn’t mean you are implicated. Mind you, the EFF was relying on a report from no less than the constitutional agency of the Inspector-General of Intelligence.

But it is Basson who accuses the Minister of “issuing illegal interception”, yet the RICA says otherwise. He accuses her of micromanaging, yet the reports suggest she was simply carrying out her constitutional mandate while he offers no evidence for stating that she is “pushing her own allies to be appointed”.

Basson declares that acting-DG Loyiso Jafta was “brought in” by President Ramaphosa. This is not true. He was DDG to the former director-general and appointed to that post by Zuma’s Cabinet.

The real evidence is that before Muofhe was appointed as an adviser to former state security Minister, Dipuo Letsatsi-Duba, he had no experience in intelligence. Letsatsi-Duba herself was in that position for less than a year. The intelligence and competency of Muofhe could, therefore, be seriously questioned.

It then logically follows that one can understand why Minister Dlodlo is irritated by the quality of intelligence reports, especially from the domestic branch and in respect of the xenophobic attacks that happened earlier in the year. According to City Press, Dlodlo communicated to Muofhe that she had “… received few reports outlining what has actually transpired and not assisting government in making sound policy decisions…”.

The minister, according to the report, went on to state that she had “… not received any tangible plan and improvement of product strategy to ensure that [the agency] timeously detect, analyse and disseminate actionable intelligence to the client and to other stakeholders”.

City Press also reports that Muofhe then responded, to the minister, by citing both President Ramaphosa and Police Minister, Bheki Cele, for thanking the intelligence services in addressing the attacks. But surely Muofhe is aware that Cele has access to crime intelligence in the SAPS and does not necessarily imply getting this information from SSA.

Several media reports indicated that Gauteng police were provided with intel before the attacks broke out. Even more so, this exchange could suggest that Minister Dlodlo was not privy to the information which Muofhe presented to the president and Cele, with him bypassing her; if such information was made available at all.

MA van den Berg in the Masters dissertation titled The Intelligence Regime in South Africa (1994-2014): An analytical perspective suggests that the primary task of an intelligence agency in a democracy is to provide policymakers with credible intelligence to make the necessary policies. Second, the agency must be able to identify threats or potential threats to national security and thirdly it must protect the Constitution of the Republic.

Minister Dlodlo, it would seem, is demanding precisely that from the domestic branch of the SSA and they cannot deliver. In particular, its head, Muofhe, has not been able to provide the necessary quality intelligence for sound policymaking and neither has he been able to detect threats to security. This is simply because he has no intelligence background.

Instead, what our Trojan horses today are doing is to paint Minister Dlodlo as the villain. A hard worker in every portfolio she has held thus far, Ayanda Dlodlo has an impeccable record of not being factional, which is rare these days, but simply demands that those deployed do what they are being paid to do – simply do it.

President Ramaphosa will do well to see these Trojan horses for what they truly are. DM