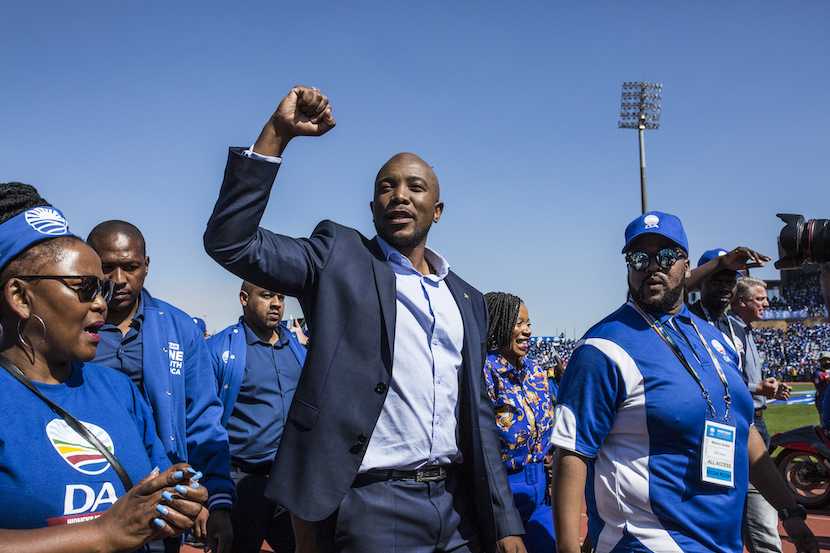 The Democratic Alliance has been in for a serious bashing from all quarters since its performance in the May 2019 elections. It lost five seats in Parliament and like in most democracies; the question was immediately asked whether the party would demand the head of its leader, Mmusi Maimane. In October the debate in the party was brought to a head when former leader and Western Cape Premier Helen Zille re-appeared and was elected as the Federal Head of the party. Soon after that Johannesburg mayor, Herman Mashaba departed followed by Mmusi Maimane and Athol Trollip. It has led to serious speculation in the media of what lies behind the resignations. Frans Cronjé from the Institute of Race Relations thinks that the media has been manipulated and had been given disinformation on the reasons behind the leadership changes in the DA. He lists nine ‘narratives’ and says people who believe the lies which includes that the IRR ‘staged a coup’ are ‘fools’. Harsh words indeed from an affronted IRR head. As a journalist, I have to say that developments in political parties are often opaque and the reasons behind what happens, is not always clear which leads to speculation. What we do, is form opinions and observations on what we can see and any self-respecting journalist tries to reflect both sides of a story, which is more difficult when it comes to the inner machinations of a political party. When it comes to race and the departure of a black leader of a multi-racial political party; it is inevitable that it will be viewed through that lens. If it was easy to discard race from the political debate in South Africa; the IRR would probably have changed its name by now. First published on Daily Friend. – Linda van Tilburg

The outright lying, disinformation, and news manipulation of the mainstream media reached record levels in response to the leadership changes in the Democratic Alliance (DA). Consider just how you were lied to.

Lie number one: there was an ‘exodus’ of black leaders from the DA. There was not. In total, five DA leaders resigned from the party, of whom two were black. One of the two was Mmusi Maimane, who was called upon to resign in a report he had commissioned.

Lie number two: black people will only vote for a black DA leader. The data shows that this is not true. The steepest increase in black support for the DA in a national election was between 2004 and 2009 when Helen Zille led the party. The rate of increase in such support slowed after Mmusi Maimane became leader. Would the journalists who wrote that only vote for someone of their skin colour? And, if not, why do they think all black people are different?

Lie number three: the DA wants to lead South Africa back to apartheid. This lie was planted in a newspaper cartoon published by City Press on 27 October, of Mmusi Maimane leaving the DA with the new South African flag draped over his shoulder to expose a new DA logo in the colours of the old South African flag. The DA and its predecessors fought apartheid from start to finish. To accuse them now of wanting to embrace it is pure propaganda.

Lie number four: Mmusi Maimane was very popular and the party is done for without him. I liked Mr Maimane but I am afraid he was not that popular. One poll found that less than half of DA supporters rated him as ‘very popular’. All other major party leaders were rated as ‘very popular’ by well over half of their party’s supporters.

Premium: WORLDVIEW: Methinks the DA doth protest too much

Lie number five: Mr Maimane was a great liberal. When the liberal German Friedrich Naumann Foundation for Freedom bestowed an award on Mr Maimane, my then colleague Gareth van Onselen made the case that the Foundation had ‘made a serious mistake’ as Mr Maimane had held bigoted and objectionable positions in areas ranging from gay rights to freedom of speech.

Lie number six: the DA ‘will now lose support’. This, of course, ignores the fact that the party was losing support under its previous leadership, which had to go in order to prevent further losses.

Lie number seven: the DA does not want black leaders. Anyone who writes that reveals a lack of understanding of the ambitions or attitudes of many DA leaders, representatives, and members. If anything, the record reveals that the opposite is true and you could fairly critique the party for being overzealous in its promotion of young black leaders.

Lie number nine: the IRR (my employer) staged a leadership coup and took over the DA. It is flattering to suggest that we have such influence and we would claim the credit if it were true. The unhappy truth is that we had increasingly written the DA off as a serious political contender, thought it perhaps beyond the point of no return, and were telling clients that a new political party might be needed to save South Africa. When Helen Zille, who had signed a one-year contract with us, informed me that she would run for chair of the DA’s federal council, I was very surprised but wished her well, only to be even more surprised that she won.

If you believed any of the nine narratives outlined here, you are a very foolish person. None of them is supported by facts and all of them were authored by the same ‘New Dawn’ commentator and analyst corps who told you that Cyril Ramaphosa was a great reformer whose efforts would turn the country around – and that you should therefore support him very strongly.

Read also: Is the DA reforming itself into oblivion? – Final report review

The facts around those claims are that the economic and policy position of the country has worsened markedly since the breaking of the ‘New Dawn’. Mr Ramaphosa has made foolish policy decisions in areas that range from labour law to draft healthcare policy, while his government is on the verge of amending the Constitution to dilute property rights protections. Accordingly, unemployment is up at record levels, the debt and deficit positions have deteriorated alarmingly, and the economic growth rate is now a tenth of the emerging markets average.

As for the future of the DA itself and whether it can be turned around – I do not know. It has given itself the chance to do that, but the damage wrought over recent years is extensive. In briefings and notes to clients we are saying that the ‘sustainability of the DA is something that must still be established’.