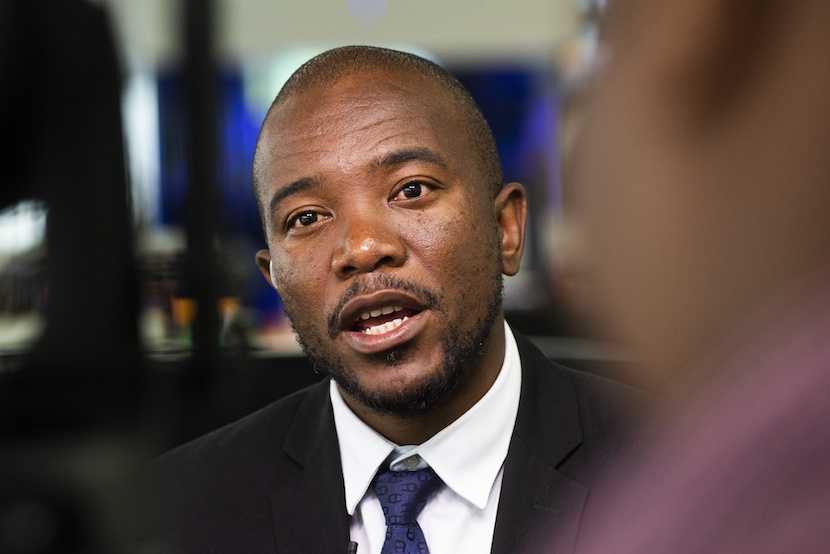 A lot has been written on what exactly went wrong for the Democratic Alliance in the May elections after the party, which has experienced years of growth in support suddenly dipped, leading to the loss of 5 seats in the National Assembly and their official opposition role in two provinces, Mpumalanga and KwaZulu-Natal. It has been regarded as a bad performance by any measure, attributed by many to the numerous own goals that the DA has been scoring due to infighting. The biggest failure of the DA was not to capitalise on being the incumbent in two metros and not being able to grow support under urban Black voters. This past weekend the DA had the first sitting of its federal council after the elections where DA leader Mmusi Maimane blasted party members for their ill-discipline, which he believes resulted in a loss of votes for the party. He also announced a party-wide policy review chaired by a former CEO of the DA, Ryan Coetzee. Maimane has been accused of steering the party to the left as an ANC-light version leading to the loss of voters to the Freedom Front Plus. In a statement, released after the federal council sitting he said the DA wanted to retain and grow the political centre and “not pander to racial mobilisation or populism on both sides.” What is at stake is not only turning the tide on support, but Maimane’s future leadership of the party. – Linda van Tilburg

Over the past two days, the Federal Council of the Democratic Alliance (DA) – the party’s highest decision-making body between Federal Congress – convened at Nkululeko House in Johannesburg for its first sitting following the 2019 elections.

Yesterday marked exactly one month since the 8 May elections, and as such, Federal Council spent time in honest reflection on the election campaign, the election results, and the current political and economic climate South Africa finds itself in.

Without doubt, the single most pressing issue facing our country today is our catatonic economy, which is failing to halt runaway unemployment and taxing to death a dwindling tax base. Since 8 May, unemployment has hit a record high of 38%, with 9.9 million people without a job. This is compounded by economic growth contracting by 3.2% during the first months of this year – the biggest decline in a decade.

In addition to this, there is a sustained attack on the independence and the mandate of the South African Reserve Bank (SARB). South Africa is running out of money, and the proposed solution is to print more money through “quantitative easing”. This is a disastrous policy, and we need look no further than our northern neighbours Zimbabwe for evidence of this. Federal Council was unanimous that the independence of the Reserve Bank is sacrosanct. The root causes of the country’s economic woes are not monetary, they are political.

South Africa’s economic stalemate cannot be ignored for one more day. Without a vibrant, growing economy, millions more will join the ranks of the unemployed, inequality will broaden, and all South Africans will become poorer and poorer. Our country needs complete reform and the DA has an Agenda for Reform which will be our focus over the coming 100 days and beyond.

This will include but not be limited to tabling our Jobs Bill and Cheaper Energy Bill, fighting for labour legislation reform, opposing any changes to the Reserve Bank independence and mandate, proposing alternatives to the current State Owned Entity (SOE) ownership framework, proposing alternatives to the current Mining Charter, opposing threats to the economy and fiscus such as NHI and expropriation of property and land without compensation, and championing a focus on city-led economic growth.

Federal Council extended its sincere congratulations to Premier Alan Winde and the Western Cape campaign for winning the province for the third successive election. This shows that the DA’s track record of good, clean and delivery orientated governance is rewarded by voters. Premier Winde has appointed a diverse and competent cabinet which is ready to get to work. We thank the people of the Western Cape for placing their trust in the DA, and we will work even harder to fast track service delivery and create more job opportunities for all.

Undoubtedly, the election results on the whole were deeply disappointing. However, I remain as committed as ever to the project of building One South Africa for All. That means I want what is best for the DA, because I still firmly believe that the DA is South Africa’s only hope.

We know that our ultimate mission is to break down the insider/outsider paradigm holding South Africa back. We will unashamedly fight to retain and grow the political centre, and not pander to racial mobilisation or populism on both sides. For that reason, this party has no other option but to emerge from this blow stronger than before. We must pick ourselves up, dust ourselves off, make the necessary changes, and keep fighting.

We will never celebrate the loss of voters. We are not blind to the loss of support in some areas nor are we deaf to the voices of those who chose to support another party in this election. We will work to regain lost voters and consolidate the voters who we have stood by us.

I will fight to continue the work that builds a diverse, non-racial centre built on shared values. This is the future of South Africa, and it is a future the DA will lead.

Federal Council has widely welcomed my decision to initiate a comprehensive, party-wide review of systems, structures and policies. The last time this occurred was in 2004, and therefore long overdue.

The panel will conduct a review of the party’s fitness to achieve its objective of building a constitutional liberal democratic alternative to the ANC. The review will investigate the underlying drivers of the party’s performance in the 2019 general election and will encompass the capacity of the party’s leadership and public representatives, its political identity, policy platform, strategy, structure, processes and operations, as well as any other considerations that may be relevant to achieving the party’s objectives.

The panel will be chaired by Ryan Coetzee and will include a number of other independent members to be announced over the course of the next week.

The panel will seek input from all members and structures of the party as well as external stakeholders with an interest in the success of the party.

Those wishing to provide input will be asked to do so in writing. The panel will then also meet with a range of people and structures to discuss their input, including but not necessarily limited to the leader, chairperson, chair of the Federal Council, chief executive, provincial leadership and the leadership of key local governments.

I am confident this review will successfully perform an honest and frank introspection of where the DA is and where the DA needs to go. We will come out stronger and more resilient than ever before.

With more than 50% of young people not working, Youth Month cannot just be one of ceremony, it needs to reflect on the state of SA for young South Africans. The DA Youth Leader, Luyolo Mphithi, will mark Youth Day at the Hector Pieterson Memorial and run various activities across the country in the weeks after. The campaign will focus on jobs and quality education.

Work has already commenced in formulating a strategy and message for the 2021 Local Government Elections. We are identifying areas where there is potential for growth.

We will be contesting 23 by-elections between June and August, and these will be critical in rebuilding trust with South Africans who did not vote at all, and voters who voted for us previously but did not vote DA in this election.

In rebuilding trust, Provinces have been directed to be on the ground and in communities, especially those which are forgotten communities, where there is no work or service delivery.

James Selfe has announced his decision to step down as the Chairperson of the DA’s Federal Executive at the next sitting of the Federal Council in October, having held the position for the past 19 years. During this time his contribution to both the growth of the DA and our country’s democracy has been immense.

He will now be heading up our Governance Unit, tasked with supporting DA governments to ensure that they deliver better to citizens. This unit will require strong leadership to ensure that we accelerate delivery towards the next elections. James has both the skill, experience and institutional knowledge to spearhead this new unit, and I welcome this decision.

James’s career in the DA, to date, spans over four decades – almost half of which he has served as the party’s Federal Chairperson. He will now relinquish that particular role, but his work in service of his country through the DA continues. Our party, and indeed our country, owe him a debt of gratitude.

It is no longer business as usual for the DA, nor should it be for South Africa’s elected leaders. At the start of the sixth Parliament, we committed to cooperate with the Executive when the people of South Africa are put first. That said, we will continue to hold those in power accountable when the people’s interests aren’t prioritised.

The country is in deep crisis and South Africans are looking for solutions. The DA will work to table these solutions, implement them, and build One South Africa for All.