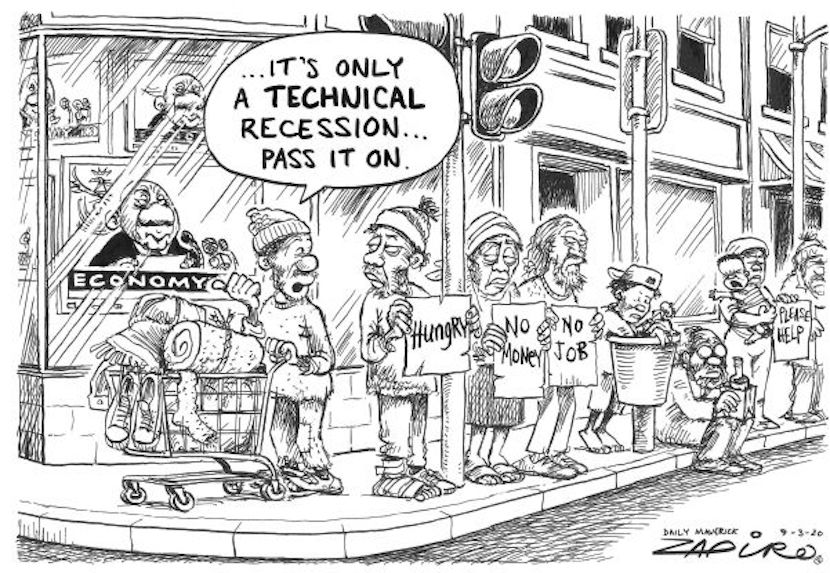 Markets are currently experiencing lows and volatility that have not been seen for decades, not even during the credit crunch of 2009 with the Dow Jones experiencing losses not seen since the 80s. The Johannesburg Stock Exchange fell by 29% over the past week. When President Cyril Ramaphosa announced the country’s state of disaster on Sunday night; he acknowledged that the coronavirus pandemic would have a “significant and potentially lasting impact on our economy”, with exports and tourist arrivals declining. Before this announcement, the Big Four accounting firms estimated that as much as R200m and 1,000 jobs will be lost due to disruptions resulting from the coronavirus. Terence Corrigan writes in the Daily Friend that the coronavirus compounds South Africa’s mounting risks and believes structural reforms of the economy are needed now more than ever. – Linda van Tilburg

Reform all the more urgent as SA faces coronavirus risks

The mounting risks associated with the COVID-19 outbreak are compounded in South Africa by the fact of our being in a recession.

‘Recession’ is one of those dreaded, chilling terms that hovers over our politics and national narrative. It is a synonym for trouble, foundering and failure. Perhaps that is why the word is often qualified as ‘technical’ – even though this is at once correct and meaningless, since a recession is defined as two successive quarters of economic contraction, which is what we have experienced.

It’s a little as if an adjective can finesse away a reality.

At a time when all manner of additional pressures are brought to bear by the advent of the coronavirus, South Africa is in trouble, and it is important not to lose sight of the economic weaknesses that constrain our efforts to match the national interest and sap our resilience. To his credit, President Ramaphosa acknowledges this. While not losing the opportunity to point to those numerous dynamics beyond the country’s control, he has admitted that South Africa has made mistakes. The price for these was now being paid.

‘We are going to reform and deal with our own internal difficulties,’ said the President, ‘but the caravan is moving and as it moves we will be repositioning our economy for further investments.’

Reform. Another word that is much on the lips of our political class and commentariat. It’s impressive just how durable this has been: this is the word that has been hung around the president since he was elected. He was bringing in – so his supporters claimed – a ‘reformist’ agenda.

That’s all good and well. South Africa managed only an embarrassing 0.2% growth rate last year, and the Budget Review doesn’t envision it reaching 1% in the coming year. At the same time, the Review noted that government spending had reached a ‘historic high’.

So one thing that is hard to deny is the need to do things differently. Ramaphosa’s supposed ‘reform’ agenda has been discerned from his (supposed) opposition to corruption. Perhaps this is a case of assumption over substance, and a matter of anything-but-Zuma – Ramaphosa did, after all, serve as then President Zuma’s deputy president and headed the ANC’s deployment committee during the height of state capture.

Read also: Why is SA economy shrinking? Blame it on the Soviet-inspired NDR – Anthea Jeffery

Nevertheless, there have been some positive developments, such as moves to revitalise the National Prosecuting Authority. A couple of high profile prosecutions might not be unthinkable.

Welcome though this would be, it would not do a great deal to get the economy moving again. South Africa needs above all rapidly expanding investment, both domestic and foreign. Only this will provide the possibility of employment and the revenue that finances the social welfare net upon which millions depend, and will depend for some time, even in the most optimistic of scenarios.

If this is the object of reform, the record thus far has been more rhetorical than real. The centrepiece of what is on offer is deliberation and (future) cooperation. As the president put it, ‘more than ever we need a social compact to deliver inclusive growth.’

This, like ‘technical recession’, or ‘reform’, has the air of a distraction or deception about it. It has an appealing feel – cooperation, agreement, togetherness – but deflects responsibility and defers decisions. Probably deliberately, it absolves government and South Africa’s political leadership of making choices which will antagonise their political allies. (It remains to be seen whether and how the government will carry through on its pledge to being willing to rein in the public sector wage bill.)

Indeed, the plans that government has put on the table represent a continuation of the existing policy trajectory – those ‘internal difficulties’ – that have done much to create the current malaise.

The politicisation of the civil service is an obvious one. For all the declarations about the need for a capable state, there is little that so blatantly and directly works against it as the insidious practice of cadre deployment. Counter-constitutional, largely beyond the reach of formal mechanisms of democratic accountability and even deplored in a court judgment, it evidently remains a staple of the ruling party’s governance system. Andre de Ruyter was apparently approved by the party’s deployment committee – something it has no business doing.

Expropriation without compensation is another. At its most benign, this has generated considerable ‘policy uncertainty’ (another linguistic twist favoured by government to describe a policy environment that chases business away). In reality, it offers nothing to deal with the misadventure that is land reform, is not even a popular policy option, and is an outright investment deterrent. Yet it is difficult to think of any policy position that President Ramaphosa has promoted with as much energy.

Then there is race policy. Following the lead of similar initiatives elsewhere in the world, this is a poor substitute for expansion-driven, profit-making entrepreneurship that produces value and creates jobs. This is irrespective of how aggressively it is branded as ‘broad-based’, a misleading designation in itself. Broad-based black economic empowerment has been identified in a number of studies as a burden on doing business, doing little in particular for those struggling small-scale enterprises that the country so desperately needs.

Indeed, by hiking the costs and complexity of business, empowerment policy makes whatever growth we achieve less ‘inclusive’ than it might otherwise be (there’s another word – ‘inclusive’), for it disincentivises employment and incentivises the re-empowerment of the already empowered. Given the centrality of empowerment policy to official thinking, it’s notable that it’s actually rather rare to find anyone defending it on its current record. Yet, ‘rethinking’ it has taken the form of greater intrusion and a heavier hand. Government intended to be ‘very hard’ on employers, said the labour minister last year. Predictably, this will mean fewer employers, less growth, less employment and more exclusion.

Many of us still hope that the ‘reformist’ in President Ramaphosa and his government will emerge. If it does, it will require much more than words. The country’s problems are real, and words have lost their credibility. Now more than ever, it is actions that will count.