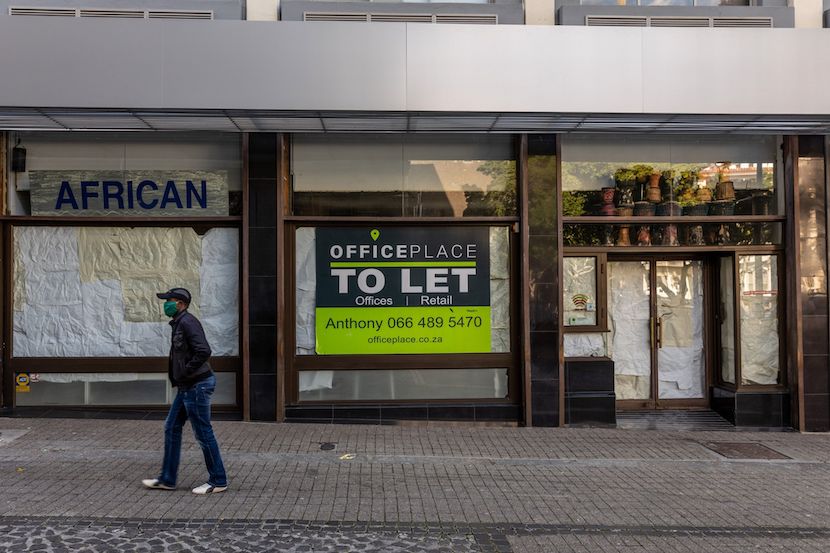 To say Johannes Wessels, a director at the Enterprise Observatory of South Africa, is disillusioned is understating the matter. Here, he takes a look at the effects of the bans on tobacco and alcohol imposed during South Africa’s Covid-19 lockdown. Yusuf Abramjee, founder of Tax Justice South Africa, recently told BizNews founder Alec Hogg in a podcast  that an average of about R35 million a day in sin taxes alone (verified by Africa Check) was lost to our fiscus during the bans. Wessels goes further and points out that we have lost more than money: he argues that the government has successfully transformed large segments of previously law-abiding and conforming tax-payers into a cynical population that would rather enrich the criminal networks than pay VAT and high sin taxes to a government prone to waste money. – Renee Moodie

Lockdown crippled the formal sector whilst bolstering the illegal networks

The prolonged lockdown has been a roaring success: not in enabling the public health system with “sufficient beds, ventilators and staff” for the inevitable “Covid-peak”, but in empowering organised crime syndicates.

Not only did the ban on the transportation and sale of liquor and cigarettes provide an unprecedented window of opportunity for already existing smuggling networks to strengthen their production and supply chain networks, they were wholeheartedly supported by the government to expand their client base exponentially.

The government by decree stopped the legal trade in liquor and cigarettes, effectively providing a protected oligopoly for the smuggling networks. Since there was no competition, they hiked their prices. That saw:

Patel hounded Dischem, but the price hikers were the smugglers, the spazas & the tenderpreneurs

They could do that in comfort and without fear:

Compared to the dismal success rate of the government’s enterprise incubation schemes like the cooperative development thrust, as well as a plethora of other mostly inefficient enterprise initiating strategies, the institutionalisation of smuggling has been a roaring success. In the broad enterprise world, the cost for this governmental success has been:

We can beat any price TOPS can offer

Whilst the formal sector has been dealt a crippling blow by government from which the still surviving enterprises are struggling to recover, the well-empowered criminal entrepreneurs have developed acute pricing sensibilities. The announcement by Cyril Ramaphosa about easing into Level 2 with cigarette and liquor sales resuming, showed they were ready and not afraid of TOPS, Liquor City or Pick & Pay Liquor stores.

Within hours of the announcement of a forthcoming Level 2 lockdown, the illegal suppliers of whiskey, cognac and gin slashed their prices: “From Tuesday we’ll beat any price TOPS can offer”. They not only have the cushion of escaping the VAT that formal outlets have to ask, they also have sourced large portions of their stock through proletariat shopping by looting of depots, liquor stores and liquor in transit heists.

They are confident of the future as well, convinced that the government will again play into their hand.

Rumours abound that the government, realising they had blown a massive hole in SARS coffers due to the economic catastrophe they caused, is considering a sharp increase in excise duties. Some in government circles take the extraordinary high prices people were willing to pay for liquor and cigarettes during the ban as confirmation that the warnings by Dennis Davis and others that higher taxes would be counterproductive, as unfounded.

The argument to radically increase excise duties is bolstered by the fact that it is a DAS (duty-at-source) system with the wine, beer or cigarette producer and importer being liable to pay the duties.  The proponents of higher sin taxes reckon that the income from duties is therefore secure, whether the alcohol or cigarettes are sold legally or illegally.

The border control system to ensure that tobacco and alcohol products enter the country legally is as ineffective as Patricia de Lille’s shambolic expensive border fence.

The nimble smuggling networks had already sourced and ensured supplies of cigarettes from Mozambique, Carlsberg beer from Malawi and Sagres and Cuca beers from Angola during the prohibition period. A sharp hike in sin taxes will bolster and broaden the illegal import and distribution networks.

The government may attempt to improve their border control systems, but these will in all likelihood remain as ineffective as the umpteen attempts to ensure proper municipal management systems (think Project Consolidate, Project Back-to-Basics). The fact of the matter is that the South African government has proven itself to be almost incapable of running effective administrations, whether in SAA, Eskom and Portnet, or the stellar performances that had cemented the SA Police Service in the bottom 20 worst performing law enforcement agencies and ensured that our school kids are in the bottom segment when it comes to mathematical skills in the world.

But that is not the main reason why the smuggling networks will get the upper hand. There is a growing resentment among the South African population against an incapable government ridden with corruption. It is evident in social media where the hashtag #VoetsekANC is now regularly on the Twitter hit lists.

The groveling around the crib of Covid tenders by ANC cadres has been too much to swallow and the government has successfully transformed large segments of previously law-abiding and conforming tax-payers into a cynical population that would rather enrich the criminal networks than pay VAT and high sin taxes to a government prone to waste it. The motto is simple: “If I could pay R30 less for my brandy I benefit more from that than what I would have from this government if they would have collected these taxes.”.

The mortar that makes states viable, is a mixture of effective governance (sand), the maintenance of justice and order (water) and a population willing to supply the cement (taxes) that give the mortar its strength. Mortar with too little cement in it does not cure well and start to crumble.

The jury on a unitary state is still out…

I taste the liquor and smell the smoke of a resentment that could lead to the equivalent of a Boston tea party… As the late Lawrence Schlemmer remarked in 1996: “South Africa as a unitary state is a recent experiment and the jury is still out to assess its success or failure…”

(This is a condensed version of an article on the Enterprise Observatory of SA website).