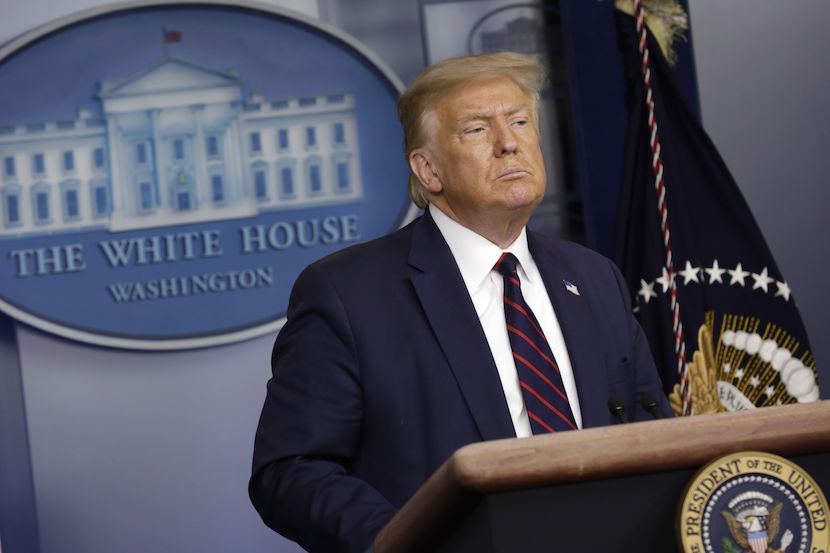 Known for ostentatious skyscrapers and his hit TV show ‘The Apprentice’, people sniggered when Donald Trump decided to run for president of the United States. People said it would never happen – that his lack of political experience would see him playing second fiddle to Hillary Clinton. To the surprise of many, the former reality TV star had won the presidential race and was elected leader of the free world. In the four years with Trump behind the wheel, there has been controversy, myriad allegations and plenty of scandalous stories. Yet, Chuck Stevens reckons that a second non-consecutive term is very possible. ‘Trump’s personality is not everyone’s cup of tea. His style rubs some people the wrong way. But his popularity has not subsided since he left office’. In this opinion piece, Stephens outline how Trump may make a comeback. – Jarryd Neves

Will you be ready for the second coming?

Only one two-term president in US history served two non-consecutive terms. That was Grover Cleveland. He was the 22nd and 24th president of the USA.  (Although he won the popular vote in all three consecutive elections.) Between his two terms, the 23rd president was Benjamin Harrison.

That was all in the late nineteenth century. The first president to govern in the twentieth century was William McKinley, until he was assassinated in September 1901. Politics is America is a risky business. Emotions run high and there are some crazy people out there. One of the great tragedies had been the loss of Abraham Lincoln to an assassin’s bullet, just after he was re-elected to his second (consecutive) term. He won the Civil War but lost the peace, as the saying goes.

It could happen again. I sense that in the first month of Biden’s presidency, ex-president Trump has been in the news more than the incumbent. Some would say for all the wrong reasons, but his second acquittal by the Senate for his unprecedented second impeachment has started rumours that there could be a ‘second coming’ as well. That is, of Donald Trump.

I remember that two Nixon terms (well, his second Republican term was concluded for him by Jerry Ford) was followed by a one-term presidency for Jimmy Carter. Then Ronald Reagan came roaring back, and his Vice President (Bush the elder) extended the Reagan doctrines for another full term.

Trump’s personality is not everyone’s cup of tea. His style rubs some people the wrong way. But his popularity has not subsided since he left office. The problem is that it is hard to see this through the lenses of the mainline media – which was down on Trump almost throughout his whole presidency. But to those of us who keep only one eye on the mainline media these days, and the other eye on the ‘free media’, it is clear that Trump may stage a comeback.

I think that there are five wins that Trump needs to re-take the White House.

First, the Republicans need to take back the state of California.  For those that see this as unlikely, wait a minute. Don’t forget that both Nixon and Reagan cut their teeth in that state. Nixon was first a Representative, then a Senator, and then a two-term Vice President under Eisenhower. Reagan had been governor of California for two terms. It is a huge state, and it needs to be back on board if Trump wants to make a comeback. With the recall of Governor Gavin Newsome all but secured at this stage, California may be up for grabs as early as this year?

Second, Trump needs to build a detour around Twitter and Facebook. Rumour has it that this already in the works? Trump is a populist who tries to by-pass the Deep State apparatus by keeping direct contact with voters. He was very good at this, but it made him an enemy of Big Tech. Just as there is now a ‘mainline media’ and a ‘free media’, so also we need to see a new platform emerging. Could it piggyback on Starlink?  (For Elon Musk seems to be at odds with the bigwigs of Big Tech, and ready to take them on.)

Third, there needs to be election reform that can guarantee free and fair elections. Do not think that you have heard the end of this topic. The roar has subsided a bit to get past the second impeachment trial. Trump’s defence attorneys minimized emphasis on this topic. But it will come back like a boomerang, now that he has been acquitted. There were 49 lawsuits over the election results. You won’t hear this in the mainline media, but 21 of those cases have now been settled, and Trump has won 14. That is an average of 2 out of 3. If the remaining 28 cases still to be decided follow that same average, it will sway public opinion. It might even be worth taking a super-case to the Supreme Court, arguing that there is now substantial proof that the elections were ‘fortified’?  That is the term that TIME magazine chose instead of ‘rigged’ in a recent article that is very telling.

Fourth, Trump needs to consolidate conservative policy into a coherent Republican platform. Trump was so energetic and he accomplished so much as 45th president (and 44th man to hold the job – no women so far), that he was like the rider who jumped on his horse and rode off in all directions. He and his party need to chart a way forward and close ranks around it. Just as the Democrats are divided between moderate ‘liberals’ and left-leaning socialists like Bernie Sanders, the Republicans are divided been moderate conservatives and the ‘Alt-Right’. They have a breather now to try to find one another for a few key gubernatorial elections (like California), the 2022 mid-terms (next year already), and then the next round of presidential elections in 2024.

Fifth, Trump needs to mellow. He rankles so many people. Although in fairness, the opposition exaggerates wildly what he says and does. They make a mountain out of a molehill. For example, this week, the Democrats introduced one piece of evidence that a woman had contacted Trump on January 6th to say that she was ‘bringing the cavalry’. She protested when she heard this, for what she had said was that she was bringing the day to Calvary. In other words, a Christian reference to prayer. The Democrats tend to make a tempest in a teacup. Actually, they had beleaguered and harangued Trump from the day that he took office.

The mother-of-all-conspiracy-theories was that Trump got the Russians to interfere in the 2016 elections. The second impeachment trial in the Senate was the height of political grandstanding. Impeachment was weaponised to settle political scores.  Even the chief justice of SCOTUS declined to preside. The Senator who presided was both a member of the jury (the Senate) and a witness (who had been ushered out of the chamber on January 6th himself). In a second incarnation, Trump needs to somehow rise above the cheap theatrics of these vindictive triumphalists. Did they really expect us to believe that the violence on January 6th was incited, while the BLM blasts last year were just spontaneous combustion?

If Trump can sort out these five challenges, then we could see him back as the Republican candidate for president in 2024. Unless the real second coming happens before that!