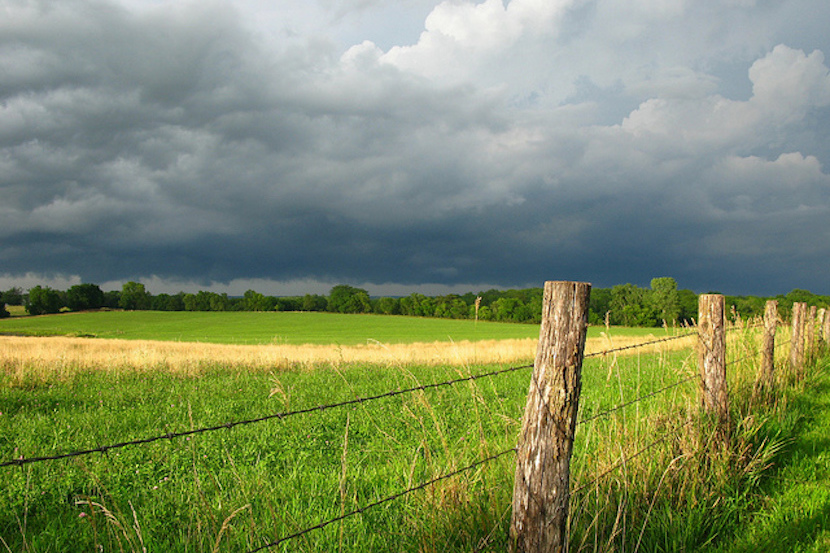 The topic of land reform and property without compensation is hotly debated and divides opinion in South Africa. The topic is of serious concern to institutional financial services companies, such as banks, who have played down the importance of the issue at hand. Below, political analyst Stef Terblanche and member of the FW de Klerk Foundation puts pen to paper on what’s unravelling between the ANC and EFF in this space. – Justin Rowe-Roberts

Over the past few months, fierce debate and widely divergent positions have marked the final stage of the Parliamentary Ad Hoc Committee’s race to complete the final draft of a proposed amendment to Section 25 of the Constitution in favour of expropriation of property without compensation (EWC) – the so-called property clause.

On the surface it appears the ANC and EFF are merely fighting over some of the crucial wording of the bill, especially the EFF’s demand that the state be the “custodian” of all land. While the ANC’s shifting positions may have seemed perplexing, there are many other factors playing into this. And what many may have missed, is the role in this of the ANC’s formal ally, the SA Communist Party (SACP), which goes back many decades.

Despite contradictory opinions emerging from within the ANC, with even President Cyril Ramaphosa rejecting the position adopted by his ANC negotiators in Parliament, the ANC moved ever closer to the EFF’s radical demands. That could arguably in practice usher in nationalisation of all land, an almost zero role for the courts and no compensation. But the differences between the latest ANC and EFF positions are really more semantic than in their likely eventual practical effect. When carefully analysed, they boil down to the same thing. (See previous articles on the Foundation’s website.)

The EFF, whose support the ANC needs to pass the amendment, has threatened to block its passing unless their demands around the wording are met. The ad hoc committee has been given until the end of August to complete it. So just what is going on here? Are we unduly concerned or are we not concerned enough?

The ANC will play the decisive role in this critical development that could eventually impact property rights far beyond just land ownership and affect the very foundation of our economic stability and progress. Delving deeper, one finds once again many influences, issues, groupings, ideological strands and agendas playing a role, as they have done so many times in the past in shaping ANC policies, strategies and positions.

To better understand the evolving ANC position, one needs to take a closer look at the major motive forces behind it. One such force is undoubtedly the SACP.

The process of post-1994 land reform, land redistribution, and ultimately amending Section 25, has its roots in the Freedom Charter adopted by the ANC and allied organisations in 1955 and on which the ANC frequently relies in current debates. While the Charter states rather broadly that the land shall be shared among those who work it, it clearly states that racial restrictions of land ownership must be ended. Nowhere does it suggest that private land ownership should be ended, and land be nationalised.

Not only is the Freedom Charter the principal guiding document of the ANC, but it largely formed the basis for the Bill of Rights included in the South African Constitution adopted in 1996. One of its chief architects was none other than President Ramaphosa. In Section 25 it guarantees property rights subject to certain limited exceptions that are strictly guided by public interest, legal process, and fairness, including compensation. It also includes a vague sub-section on a commitment to land reform and access for all to natural resources. Regarding the latter, mineral resources are already under state custodianship while land is now being targeted. Even if not intended so by the authors of the Constitution, given the current trajectory, these may be little more than precursors for more to follow.

Nonetheless, these are the same property rights that Ramaphosa strongly endorsed at the time of the Constitution being drafted. They were even more strongly and pragmatically endorsed by Nelson Mandela and his first democratic government as a pillar of a progressive economy that could undo the injustices of the past and bring equality and prosperity to all.

His successor, Thabo Mbeki, and the man who spearheaded with great success much of South Africa’s economic direction and development, former finance minister Trevor Manuel, adhered to the same tenet. And still later, Manuel and Ramaphosa, in crafting the National Development Plan (NDP) endorsed by Parliament in 2012, continued along these lines. So, when and why did the ANC change course?

It was all flung out the window in 2007 when the SACP connived with others in the left-wing realm of the ANC-led alliance to remove Mbeki mainly because of his supposedly too liberal market-orientated economic policies and to replace him with Jacob Zuma. The SACP saw Mbeki as a threat to the completion of the economic or second leg of the National Democratic Revolution (NDR) – the brainchild of its revolutionary strategists – and the transition via socialism to communism. In its place came Radical Economic Transformation (RET) – the second leg – and a number of other radical resolutions adopted at the ANC’s 2017 National Conference, including EWC.

By 2018, the now president Ramaphosa had also altered course and announced that Section 25 of the Constitution was to be amended and countrywide public hearings on the matter would start. But just like the ANC’s 2017 resolution, Ramaphosa also insisted that its implementation must not undermine future investment in the economy, damage agricultural production and food security, or cause harm to other sectors of the economy. This proviso has since disappeared from the ANC’s vocabulary and its current direction, if adopted, will do exactly that kind of damage.

Over the years, the ANC has often followed where the SACP has led, and it’s no different when it comes to land reform. Going all the way back to its 1924 and 1929 conferences, and recently confirmed in an article by Alex Mohubetswane Mashilo, a SACP Central Committee member, the SACP (then still the CPSA) was the first to call for land to be expropriated and redistributed “among landless squatters, poor peasants and labourers”.

Since then, the SACP has developed this idea further in conjunction with its doctrine that full democracy would only be possible under a socialist transition. Out of this was born RET, the second leg of the NDR, of which land expropriation is considered to be an indispensable cornerstone. Interestingly enough, back in the 1920s the SACP already called for a nationalised health service similar to the National Health Insurance (NHI) scheme currently being implemented by the ANC government.

It was also the SACP that mobilised a national campaign that led to the ANC scrapping the “willing buyer, willing seller” approach in 2005. And in 2018 the SACP voiced its unhappiness over a leaked document in which Mbeki again raised concerns over the ANC’s adoption of EWC.

At present, many other ranking members and veterans of the ANC – supported by many independent experts – point out that expropriation of land can be adequately done without amending the Constitution. But they lack either the clout or the will to more forcefully promote their view in the ANC.

While the SACP embraces state custodianship of land, it is also wary of the dichotomy created by the EFF’s call for all land to be nationalised, citing for example in an article in its mouthpiece Umsebenzi in March 2018, how this will affect black homeowners and black farmers. Resistance could also be anticipated from traditional leaders who control or “own” vast portfolios of rent-producing tribal trust land, which in effect is already an example of nationalised land not owned by those who live and work on it.

In the SACP’s Draft Report of the Commission Dealing with Economic Transformation and Rural Development in January 2010, the SACP “emphasised that market mechanisms will not be able to achieve land reform on a sufficient scale and endorsed the document’s recommendation of nationalisation of the land as a step towards socialisation”.

While there is an ongoing debate in the SACP as to how and to what extent this should be pursued, it is line with its decades-old basic doctrine of nationalisation. The extent to which this has filtered through into the current thinking of the ANC, more particularly that of the ANC MPs serving in the ad hoc committee, we probably won’t know before the end of August when the ad hoc committee will present its final draft of the bill to amend the Constitution.