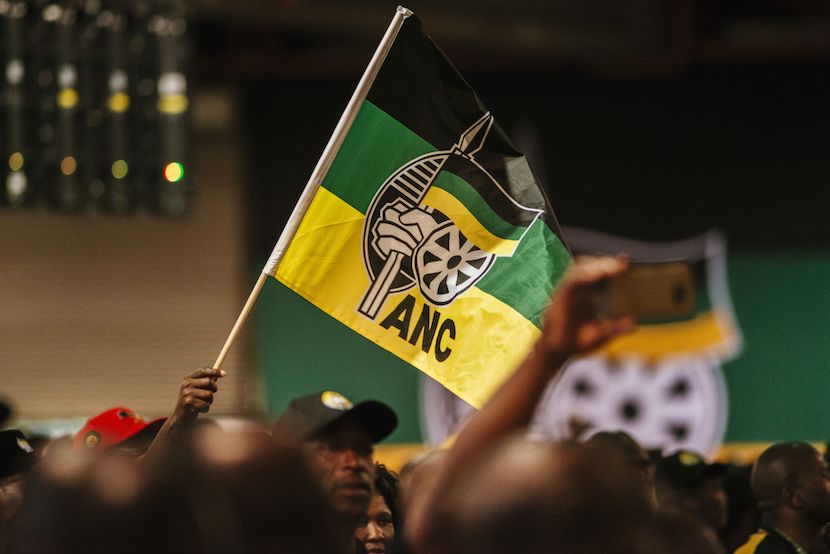 The land expropriation war is a long way from being won. In fact, the ANC’s failure to secure a two-thirds majority to pass the Constitutional Amendment Bill this last December was a mere skirmish. This erudite piece, based on intended and existing law, and garnished with ANC pronouncements, exposes just how determined the ruling party is to advance the objectives of the National Democratic Revolution. The headlines in ANC-sympathetic media portray a reasonable system with checks and balances. It is nothing of the sort, this analysis reveals. Arbitration and appeal will be heavily weighted against landowners. The site for the next battle will be the Land Court Bill, which the IRR wants either scrapped or substantially amended. The portents are atrocious, with just 10% to 50% of land reform beneficiaries avoiding total collapse of the enterprises. There’s ‘Fool’s Gold in them thar hills…’ Story courtesy of the Daily Friend. – Chris Bateman

Ratcheting up the EWC risk yet again

The ANC’s failure to secure a two-thirds majority for the EWC (Expropriation without Compensation) Constitutional Amendment Bill (formally the Constitution Eighteenth Amendment Bill) in December last year was a major victory for the Constitution, the rule of law, and the individual property rights vital to the upward mobility of all South Africans.

But the ANC’s views on land nationalisation via custodianship remain mixed at best, while the EWC risk is being ratcheted up yet again via the ANC’s 110th anniversary statement and the pending enactment of the Expropriation and Land Court bills.

The failure of the EWC Bill

The EWC Constitutional Amendment Bill (the EWC Bill) required at least a two-thirds majority in the National Assembly before it could be adopted. But on 7 December 2021, when the Bill was put to the vote, only 204 out of 400 MPs endorsed it, putting support for it at barely above the 51% level.

The ruling party knew, of course, that it could not command a two-thirds majority without the support of the Economic Freedom Fighters (EFF), who were determined to vote the Bill down. The main difference between the ANC and EFF was on the custodianship point. The EFF wanted state custodianship of ‘all’ land, whereas the ANC preferred to limit this form of nationalisation to ‘certain’ land instead.

In his speech to the National Assembly during the debate on the EWC Bill, Justice and Constitutional Development Minister, Ronald Lamola, said that the people who had attended the public hearings on the Bill had “demanded to own the land” and the ANC could not “respond by giving them less secure forms of tenure”.

Added Mr Lamola: “In reality, even those who are beneficiaries [of land reform] and the black people who have succeeded in buying land on their own means in the open market through the fruits of their labour would be deprived of their land under the EFF’s model.

“With a stroke of a pen, people in the townships like Soweto, Atteridgeville, KwaMashu, Likazi, Seshego, to name a few, would wake up being tenants of the state. They would have to lease their land like they did under apartheid, thereby being rendered perpetual minors of the state.

“Those who worked hard over years to get freehold … would surely feel betrayed by government for taking them back into apartheid and…[providing] that their assets must be administered for them by the State. [And] the community of black people who hold title deeds [is] not an insignificant minority.”

The EFF’s stance was therefore a ‘counter-revolutionary’ one. “State custodianship [of all land] would be a hollow victory as it would still deny the [dispossessed] the full economic benefits and dignity of owning their land. It also would not change the ownership patterns.”

All of which was highly reassuring. Read the ANC caucus communique issued the day before the parliamentary debate on the EWC Bill, however, and a different picture emerges.

The ANC caucus communique on 6 December 2021

This caucus communique was aimed at ‘asserting [the ANC’s] approach to the issues at hand and dealing with [the] many distortions that had been brought into the public discourse’.

On the topic of custodianship, the communique began by stressing that “the state had been a custodian of land since the 1800s”, which meant the concept was in fact far from new. The ANC recognised, moreover, that “state custodianship was necessary for particular purposes, redistribution and land reform”. Added the communique:

“The duration for which the land is held by the … state … is less important. It is the use of the land in that period which meets the objective of land reform in Section 25 that should be emphasised. The land may be held in custodianship in perpetuity or transferred to beneficiaries in the future.”

This suggests that the ANC could well intend to place all expropriated land in the state’s custodianship and then retain this land in such tenure ‘in perpetuity’ if it so chooses. Which in turn implies that Mr Lamola’s speech was primarily an example of the ‘dexterity in tact’ (the meaningless reassurances) the ANC regards as necessary to help achieve its NDR objectives over time, if not immediately.

The EWC Bill has fallen away, but not the EWC objective

Delivering the ANC’s 110th anniversary statement on 8 January 2022, President Cyril Ramaphosa claimed that returning the land to the people is vital to “the elimination of the vast inequalities created by apartheid”. Such land reform, he went on, will also “promote economic development for the benefit of all”.

These claims are false. The government will not ‘return’ the land to black South Africans but will instead keep it in the government’s ownership for 50 years or more (as the State Land Lease and Disposal Policy of 2013 already provides) or retain it in state custodianship ‘in perpetuity’ (as the caucus communique suggests). Taking land away from successful commercial farmers and many others will also do little to promote economic development when between 50% and 90% of land reform projects have collapsed and private property rights are vital to investment, growth and jobs.

Mr Ramaphosa continues to brush aside these inconvenient truths. Instead, his 8 January statement makes it clear that expropriation of land without compensation remains a key ANC objective, as resolved at the Nasrec national conference in 2017. Hence, as he put it, “the implementation of this resolution will continue despite the refusal of other parties in Parliament to support the proposed amendment of section 25 of the Constitution”. Now, however, he says, the EWC goal will be achieved by “finalising legislation such as the Expropriation Bill, the Land Court Bill, and a range of other instruments”.

The Expropriation and Land Court Bills

The Expropriation Bill of 2020 is already before Parliament and could soon be adopted. It allows ‘nil’ compensation for unused land held in the hope of future profits. It also authorises zero compensation for land that owners no longer control – perhaps because of land invasions – and have thus supposedly abandoned. Nil compensation could apply in many other situations too.

In addition, the Expropriation Bill will allow land (and many other assets) to be expropriated for much less than market value. At the same time, various clauses in the Bill will make it difficult and costly for expropriated owners to contest the compensation on offer in the courts.

In many instances, both the ownership of expropriated land and the right to possess it will have passed to the state long before compensation disputes can be heard. In addition, expropriated owners will probably bear the burden of proof and will therefore have to pay many of the state’s legal costs, in addition to their own, if they fail to convince the courts of the validity of their compensation claims.

Some expropriated owners will nevertheless have both the means and the will to resort to litigation, which is why the Land Court Bill of 2021 is now also in the legislative pipeline. Though this has yet to be spelt out, the Land Court to be established under this Bill is likely to oust the jurisdiction of the ordinary courts to decide on compensation disputes.

Under the Land Court Bill, many of the judges appointed to the new court will not require any prior judicial experience. In addition, where two people are appointed as ‘lay assessors’ to help decide a dispute, they will be able to overrule the presiding judge on all questions of fact.

Decisions on the amount of compensation to be paid are likely to be tagged as questions of fact to be decided by these potentially partisan assessors. Whether the criteria for the payment of ‘nil’ compensation under the Expropriation Bill have been met – for example, whether owners have ‘abandoned’ their land and buildings by ‘failing to exercise control’ over them – may also be regarded as questions of fact to be decided in the same way.

The Land Court will be authorised to admit hearsay and other evidence that would normally be excluded as unreliable. It will also be expected to refer land disputes to mediators and arbitrators of its own choosing, some of whom may lack sufficient independence. In addition, the court will be empowered to award costs not only against owners, but also against their legal representatives. This could be used to penalise lawyers who advise their clients to reject flawed arbitration proceedings, or who supposedly prolong disputes by raising merited challenges to hearsay and other unreliable evidence.

Many commentators on the Expropriation Bill have tried to downplay its often draconian provisions by stressing that the state’s decisions on ‘nil’ or other compensation, if not agreed with owners, will have to be ‘approved or decided’ by the courts.

Under the Land Court Bill, however, this safeguard will largely be negated. The new court to be established will so tilt the scales of justice in favour of the state and against expropriated owners that few will see any prospect of successfully challenging the compensation offered them, irrespective of how inequitable this might in fact be.

One step back to take two steps forward

NDR strategies and tactics require the ruling party to retreat whenever strong resistance to an important NDR intervention is encountered. The NDR goal is rarely abandoned, however. Instead, the idea is that the ANC should take one step back so that it can take two steps forward in the future.

That Section 25 of the Constitution remains unaltered is an important victory for political and economic freedom in South Africa. But the need for vigilance remains. Having taken one step back, the ANC is now poised to take at least two steps forward, just as NDR strategy advises.

The IRR has therefore drafted an alternative expropriation bill, which is fully in line with the Constitution. This alternative bill would help limit any abuse of the expropriation power. Hence, it would also restrict the amount of land that might in future be taken into state custodianship ‘in perpetuity’. The Land Court Bill must also be abandoned or substantially redrafted if last year’s important victory on the EWC Bill is not to be negated.