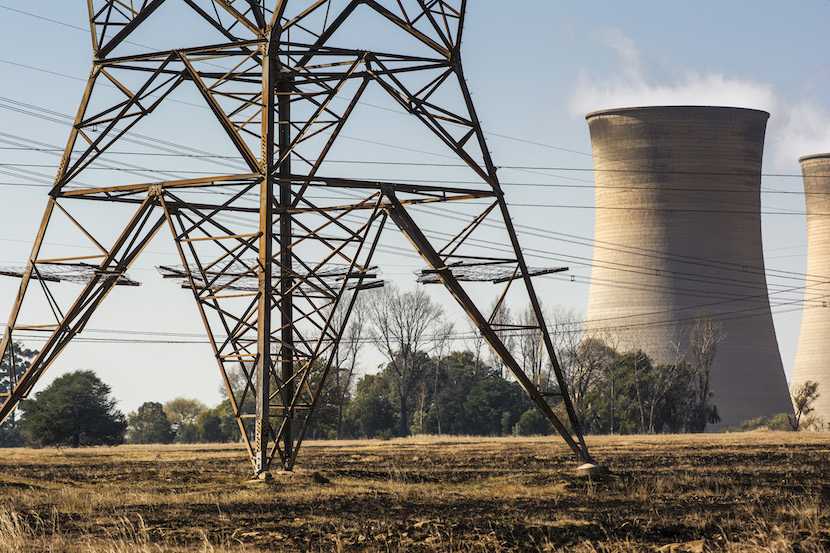 After a series of intellectual somersaults, well-executed logic and careful argument, this author ends with the simplest of all solutions for Eskom’s travails; vote out the ANC. Andrew Kenny says you cannot teach a lion to become a vegetarian, so (my words), change your political animal. It’s unlikely any of his proposals – such as accepting ridiculously higher tariffs instead of taxing to fund the R401bn accumulated debt – will prove popular. The ruling party is too wedded to ‘beneficiation’ of their deployed cadres and contracting friends to revert to Eskom’s elegantly simple pre-1994 mission: supply electricity and cover costs. BEE has left not egg, but poor-quality coal dust, on ANC faces. Not that they mind much. Corruption, racial engineering, incompetence and mad policies are to blame. The ANC failed to build power in the late 1990s and SA ran out of electricity in 2007, crippling our economy. The only way back is to fund Eskom by bailing it out using our own wallets, and then, voting another party in. Story courtesy of the Daily Friend. – Chris Bateman

Why we must pay for Eskom’s sins and follies

Must honest South Africans pay for Eskom’s sins and follies? I’m afraid we must. If we don’t, the economic consequences for the country are calamitous.

There are two ways we can pay: by our taxes or our electricity bills. The latter is incomparably better. If the government subsidises Eskom from our taxes, that will make electricity prices falsely low, encouraging people to use more. If we want to help the poor, better to give them a social grant so that they can pay the proper price for electricity; by which I mean the price that covers all of Eskom’s costs, including debt repayment.

Eskom has requested a tariff increase of 20.5%. It has been met with outrage. The outrage is justified but demands that the increase should not be granted are wrong. Because of its corruption and incompetence, Eskom has incurred a massive debt, now at R401bn, which it cannot repay on present electricity selling prices. If Eskom defaults, South Africa’s credit rating will fall through the floor. Eskom must cut its costs, but meantime the debt must be repaid, and the best way is through a tariff increase.

Before 1994, Eskom produced the cheapest electricity in the world, very reliably. Since 1994, the real price of electricity has gone up steeply (although still low by world standards) and we have had frequent and increasing blackouts. Eskom is now quite unable to meet economic growth. It has been ruined by the ANC. The difference between Eskom before and after 1994 is instructive.

What do governments want of Eskom? Before 1994, governments wanted Eskom to supply electricity and cover its costs. Nothing else. After 1994, supplying electricity became of secondary importance to the ANC government, which wanted to use Eskom primarily to enrich its powerful friends and relatives, to implement racial transformation, affirmative action and BEE, and to be an enormous source of employment.

The low electricity prices pre-1994 were not only because of SA’s abundance of cheap coal. Koeberg Nuclear Power Station also provides cheap electricity. More important was policy and economics. Eskom is state-owned.

The private sector can do most things better than the state but there are exceptions. Electricity supply is one. It doesn’t require much ingenuity to run a power station (the product never changes) but it does require a lot of capital. The cost of capital is always lower for the state than for the private sector. A state electricity utility is content with a low return and a long payback period, which would be unacceptable to a private shareholder.

No private electricity supplier could hope to compete with a well-run state supplier, which Eskom was before 1994. The main reason no independent power producer (IPP) took up the government’s (admittedly rather vague) offer to supply electricity was that none could compete against Eskom’s prices. They still can’t, when Eskom’s average selling price, for reliable electricity, is now 111 cents/kWh.

The ANC has ruined Eskom with corruption, racial engineering, incompetence and mad policies. It failed to build power stations in the late 1990s and so we ran out of electricity in 2007, which crippled our economy. Skilled, experienced white engineers and managers were driven out and replaced by black cadres and comrades.

Formerly, Eskom was supplied with good, cheap coal on conveyor belts by the big mining majors, whose coalfields were adjacent to the power stations. Under the ANC, Eskom bought coal from BEE mines dotted all over Mpumalanga and Limpopo, delivering bad, expensive coal by truck, so damaging the roads and the environment, sending Eskom’s energy costs soaring, and causing the massive shutdowns of January 2008. Because of poor maintenance and being run too hard, our coal stations started falling to pieces, causing more and more blackouts. Eskom has twice as many employees as comparable utilities overseas, most earning big salaries. When two new coal stations were eventually built – Kusile and Medupi – they were riddled with corruption, bad design, bad workmanship, massive cost over-runs and very slow delivery. We can never have a thriving economy with Eskom in its present state. What’s to be done?

There are loud cries for the private supply of electricity. I’m all for the free market and welcome any competition against Eskom. Anybody who complies with technical regulation should be allowed to supply as much electricity as they can sell. But it must be in a genuine free market, with no subsidies and no special favours to anyone. In such a market, for reasons above, I doubt if any IPP can deliver reliable electricity cheaper than Eskom, even if the 20.5% increase is granted.

There is a worldwide ideological move towards solar and wind for grid electricity. It is driven by the false alarm over climate change, and it has proved to be an expensive disaster in every country that has tried it, including Germany, Denmark, Britain, Australia and the US. In each case, electricity prices have soared and electricity failures have increased.

In Germany household electricity is now 553 cents/kWh. Solar and wind produce unreliable electricity, which is useless as it is. To make it reliable incurs enormous system costs, which include back-up generators, spinning reserve, storage, protection against loss of electrical inertia, and extra transmission. In SA, the system costs of wind and solar are at least 200 cents/kWh.

If some solar electricity costs 35 cents/kWh, the true cost to Eskom will be at least 235 cents/kWh. (Eskom is forced to pay these system costs.) Solar and wind will only worsen our problems of electricity supply.

Here are my rather feeble proposals. Eskom must get whatever increase is needed to make enough operating profit to repay its debts. There must be a free market in electricity supply, where anyone technically qualified can complete against Eskom. Eskom must be forced to reduce its costs and increase its efficiency. The ANC must tell the Eskom to drop BEE coal procurement and buy coal strictly on quality and price, to employ only as much staff as it needs – on merit not skin colour and political connections – and to root out all corruption. But asking the ANC to do this is rather like asking a lion to become a vegetarian.

The only real solution is to get rid of the ANC government.