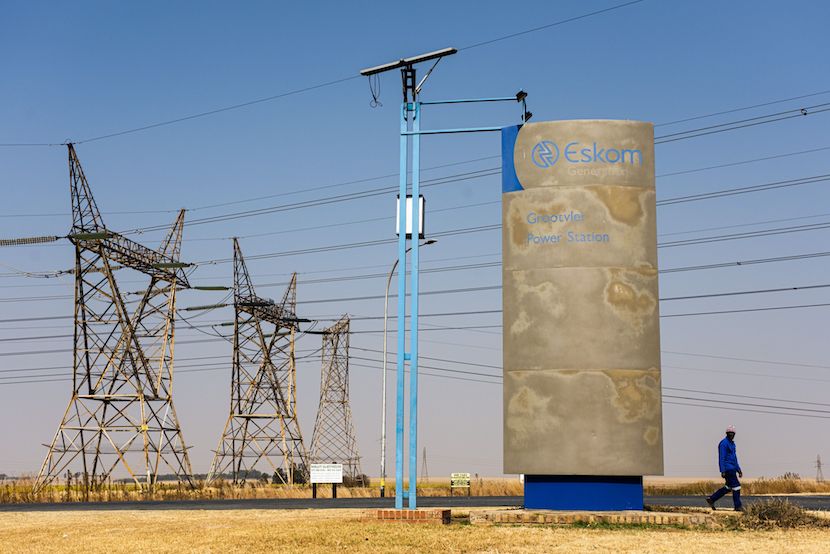 Eskom could yet deliver a fatal jolt to the ANC come the 2024 elections. Ongoing power cuts, massive tariff hikes to offset years of mismanagement and corruption, and conceivably a Constitutional Court challenge forcing municipalities to cough up, could combine to make the ANC rue the day (dating back to Thabo Mbeki), it ignored the lifeblood of our economy. There are possible solutions, though, before voters go to the 2024 polls. Financial journalist, Jonathan Katzenellenbogen, writing in the Daily Friend, suggests the ANC allow the private sector to produce as much electricity as it judges feasible, selling directly to the end consumer. Secondly, Eskom should sell or lease its power stations, distribution network and grid to the private sector. And it would help if the courts accepted that non-payment means no service. The ANC needs all but the last of these emergency interventions, which amount to shock paddles, to resuscitate it (and the economy). Unless, of course, Eskom cuts power just when the ruling party finds itself in extremis. – Chris Bateman

When President Cyril Ramaphosa visited Soweto last year to campaign in the local government elections, there were serious protests. Some residents said they were protesting over the failure to connect homes to the power grid, the price of electricity, and other service delivery issues. One protester said the price of electricity was far too high and suggested that residents should pay a flat rate of about R200 a month.

If Eskom gets its way with the National Energy Regulator of South Africa (NERSA), users will experience a massive price shock. The political repercussions of paying for the disaster at Eskom could soon be upon us.

There is a long list of price rises in basic goods and services that have led to protests, riots and revolution. The prospect of electricity price riots cannot be ruled out, particularly if inflation and unemployment rise further in the months ahead.

In the 2024 national elections, the electricity price as well as power cuts will be among the big issues. On its own, a price increase of the magnitude proposed by Eskom would hurt the ANC, but the power supply is unreliable and there are other serious service delivery issues. The ANC will in time curse the day that it left Eskom in public hands to be run into the ground.

Business bodies, civic organisations and a number of municipalities have raised objections to the Eskom application, some arguing that this is completely unaffordable, and that the tariff rise should be restricted to the current annual Consumer Price Index of 5.6 percent.

A price increase on this scale would drive up costs for industry, push up inflation, and cause much hardship for those struggling to pay bills. Such price shocks have a negative impact on growth, particularly in economies like ours, which are heavily energy intensive.

Whatever the merits of Eskom’s case for a rise, it lacks credibility on this matter. The public perception, which is close to reality, is that we are paying for ongoing corruption and mismanagement. Before it went to the regulator for a tariff increase, Eskom should have dealt aggressively with its two major sources of cost pressures; outsize procurement and staff costs. Eskom has not convincingly cleaned up its act and with all the pressures it faces as a state-owned enterprise for contracts and jobs, it is unlikely that it can do so.

Eskom also faces the problem of ballooning unpaid municipal electricity bills. This has grown from eight percent of total debt to Eskom to 90 percent. At the end of September last year, it stood at R35 billion, which is nearly 13 percent of the increase in revenue it hopes to achieve from the 20.5 percent price rise this year. If the municipal debt was cleared, Eskom would not need to increase its prices on the scale it has proposed.

But there is not much that Eskom can really do about the problem of municipal debt. The courts won’t allow Eskom to cut power to municipalities that are in arrears. Unless an appeal to the Constitutional Court is successful, Eskom will remain unable to cut power to those who do not pay. And while Eskom takes court action against municipalities in arrears, they don’t pay. That means those who pay their electricity bills are subsidising those who do not pay, a situation that an ANC intent on re-election might not really care about. Paying Eskom’s new higher tariffs is not a vote-getter.

The ‘won’t pay’ problem undermines Eskom’s finances, but also must make potential investors in the sector think twice about any major commitment. While they are presently legally bound to sell to Eskom, the non-payment culture has to raise risk, particularly if the independent producers were able to sell directly to consumers.

Eskom does have a case for an increase, but there is a question whether it should be on the scale proposed.

With the pending unbundling of Eskom into generation, transmission and distribution divisions, it is having to assign costs and come up with a new tariff regime to ensure the sustainability of the new structure.

Eskom says that purchasing power from the growing number of independent power producers will account for more than 60 percent of the proposed increase. These are largely the producers of renewable power who are permitted to produce up to 100MW.

It says that to have a return on its assets a little above break-even in the current financial year it would have to increase prices by 32 percent, well above the proposed 20.5 percent. It also argues that higher user charges are a fairer approach to ensuring revenue than exclusively relying on the taxpayer for bailouts.

In making its case for a tariff rise, Eskom points out that our electricity prices are low by international standards. But this is not pertinent to its case, as South Africa had a long competitive advantage in low power prices. The construction of power stations that could use low-quality coal from nearby mines was a key advantage. Gradually, lack of investment, poor maintenance, mismanagement and corruption have undermined this competitive advantage. And today we are faced with the consequences.

Although there is merit in some of Eskom’s arguments, it is still acting like a bullying monopolist. Through the courts it has managed to get NERSA to consider a far higher variable load rate. This would punish those who have installed solar panels and only rely intermittently on Eskom. It is an attempt to remove the incentive of installing solar and migrating away from Eskom. But Eskom could still be surprised by the number of its users that entirely detach themselves from the grid if the price hike goes ahead.

Whether or not Eskom is granted permission to charge the full tariff for which it has applied, the combination of higher electricity charges and the unreliability of supply will emerge as a source of deep popular dissatisfaction.

The only solution is for the ANC to allow the private sector to produce as much as it judges is feasible and sell directly to the end consumer, rather than allow Eskom to continue as the monopoly buyer and seller. Eskom should also sell off or lease its power stations, distribution network, and grid to the private sector. And it would help if the courts accepted that non-payment means no service.

It has been successfully done in many other countries and there is no reason it cannot be done here.